11 November, 2011, CEBU—Sony Ericsson boosts its bid for leadership in Android with an exciting range of new models like the Sony Ericsson Xperia™ ray and Xperia™ active, which bring 3D Sweep Panorama functionality from Sony Cyber-shot™ cameras to the Xperia™ Android line. The new models were unveiled at the Sony Ericsson 3D Expo in SM Cebu Cyberzone.

Sony Ericsson is showcasing its new Android smartphones in the three-day Sony Ericsson 3D Expo (November 11-13). The line-up includes the Xperia™ ray, Xperia™ active and the recently launched Xperia™ PLAY, the first Sony Playstation-certified smartphone.  The Xperia™ line has become one of the bestselling smartphone lines in recent years with 22 million units shipped globally to date.

3D Sweep Panorama is a camera shooting mode where users can capture a scene in true 3D with a sweep of the camera.  When pictures are played back on a compatible 3D TV, the images come alive with depth, clarity and realism.

“By working closely with Sony to incorporate Sony technology innovations into mobile, we are best equipped to provide a superior experience of Android.  We’re aiming for the lead position in the Android arena and with products such as Xperia™ ray, Xperia™ active and Xperia™ PLAY, we are moving closer,” said Dennis Manzano, Sony Ericsson General Manager.

For 3D Sweep Panorama, users just pan the camera and up to 100 images are automatically taken from a number of different angles.  The camera’s processor then analyzes and combines these images to build the full 3D picture, which can be viewed as a fully three dimensional panoramic image on a compatible 3D TV.

The first of these smartphones with 3D image capture is the Xperia™ ray, an elegant smartphone with a side profile of only 9.4mm and a 3.3-inch touchscreen.  The Xperia™ ray’s body is based on a genuine aluminum frame, visible on each side of the display. The front face is made of clear black scratch resistant glass with integrated touch keys.  It also packs an 8.1-megapixel camera with Exmor R™ for mobile and the Reality Display with Mobile BRAVIA® Engine, as well as a front-facing camera for self-portraits and video chats.  The Xperia™ ray also represents power and speed, and has a battery similar in size to larger smartphones.

Meantime, the Sony Ericsson Xperia™ active aims for consumers with a fit and active lifestyle, being dust-proof, scratch-resistant and water resistant.  The smartphone also incorporates wet finger tracking, ensuring great performance even when the phone or the user’s fingers are wet.  The Xperia™ active comes with sports apps such as iMapMyFitness plus built-in GPS, barometer and compass functionality.  With a 3-inch screen and running the latest Android platform for smartphones (Gingerbread 2.3), the phone features Reality Display with Mobile BRAVIA® Engine, a 5-megapixel camera with HD video functionality, and a powerful 1Ghz processor.

Both smartphones carry Facebook inside Xperia™, which makes Facebook immediately accessible to one’s picture gallery, music player, phonebook and calendar; and the Sony Ericsson exclusive Timescape application, which brings all communication with one contact, whether email, SMS or calls, into one place.  Another new Sony feature available in both handsets is xLOUD, a feature that enhances and improves volume in the loudspeaker during playback.

“Xperia™ ray is ideal for a mainstream user with particular appreciation for meticulously crafted design and finish in a sleek format.  Xperia™ active is for consumers who seek a worry- free, healthy and active mobile life.  Both handsets provide unique propositions that will appeal to different consumers searching for the right handset this holiday season,” said Mr. Manzano.

The Sony Ericsson 3D Expo will travel to other SM Cyberzones including SM Baguio (November 18-20) and SM Marikina (December 9-11).  More locations are to be announced soon.  The roadshow highlights the Sony Ericsson Christmas in 3D promo where buyers of Xperia™ handsets will get the chance to win one of three Sony 3D showcases.  Over P1 million worth of prizes are at stake. 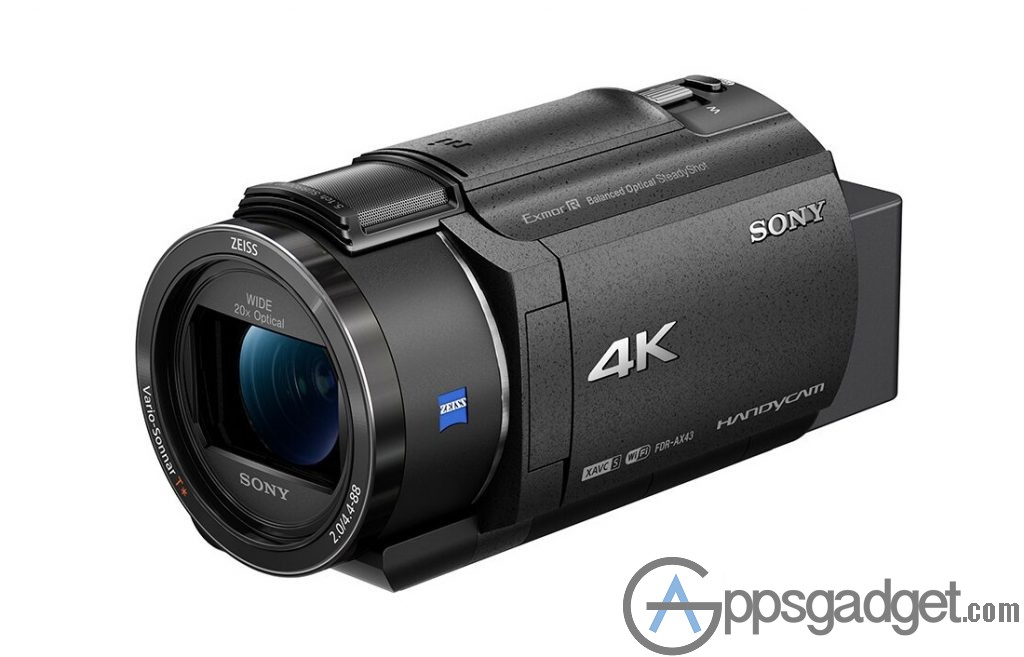 Sony is expanding its lineup of 4K Handycams in India with the launch of FDR-AX43 in India. Geared towards vloggers, content creators and production teams, the handycam has many features like Balanced Optical SteadyShot, 20x optical zoom, high-performance AF and more.

The Sony FDR-AX43 features a 1/2.5  back-illuminated Exmor R CMOS Sensor and BIONZ X image processor that enables the handycam to shoot at 4K UHD at up to 25fps and 1080p at up to 50fps in Sony’s XAVC video format. For the lens, it has a ZEISS Vario-Sonnar T with an effective focal length of 26.8 – 536.0mm. Handycams are known for their zoom and the FDR-AX43 does not disappoint with 20x optical zoom, 30x/40x (4K/HD) Clear Image Zoom and up to 250x digital zoom.

The highlight feature in this handycam is the 5-axis Balanced Optical SteadyShot that basically functions like a gimbal inside the camera. It enables incredibly stable shots, even when the video is zoomed in. Other features include an articulating 3-inch LCD touch screen, dedicated mic and headphone jacks, battery life up to 235 mins of continuous recording time and fast intelligent AF. 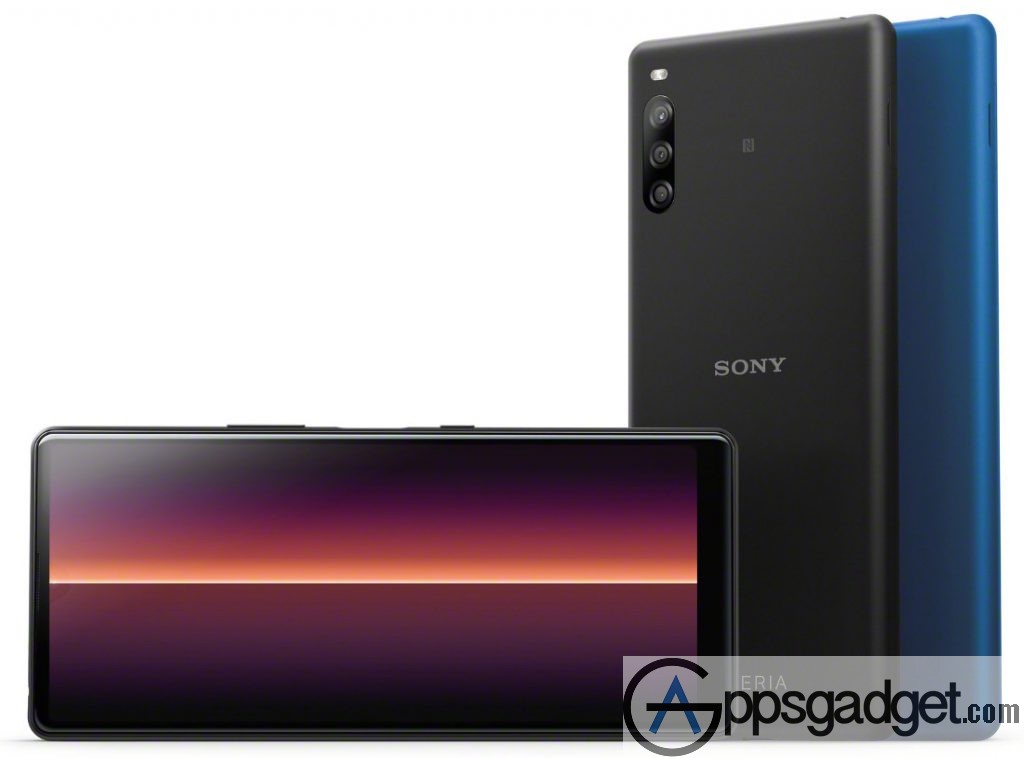 Sony Mobile has announced Xperia L4 smartphone, successor of last year’s Xperia L3. The phone packs a 6.2-inch HD+ LCD screen with 21:9 aspect ratio, is powered by MediaTek Helio P22 with 3GB RAM and 64GB storage that is further expandable. It runs on Android Pie with Sony’s custom skin on top. It features triple rear cameras that includes 13-megapixel main, 5-megapixel ultra-wide and a 2-megapixel depth sensor. There is also a 8-megapixel camera on the front.

It has a side-mounted fingerprint scanner and packs a 3,580mAh battery with support for fast charging via USB Type-C. 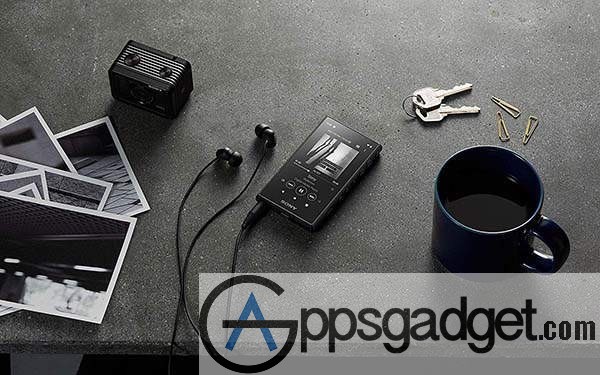 Sony Walkman NW-A105 hi-res MP3 player not only delivers compressed audio, but also runs your favorite Android apps. Need both the features? Let’s have a look.

The NW-A105 is a high-performance, WiFi-enabled hi-res MP3 player that measures 3.56 x 1.81 x 6.5 inches and weighs 3.63 ounces. As we can see from the images, the new Sony Walkman delivers a similar appearance design with NW-A55. With a slim and compact design, it allows for easy carrying. A premium aluminum milled frame provides a solid construction while enabling low impedance. 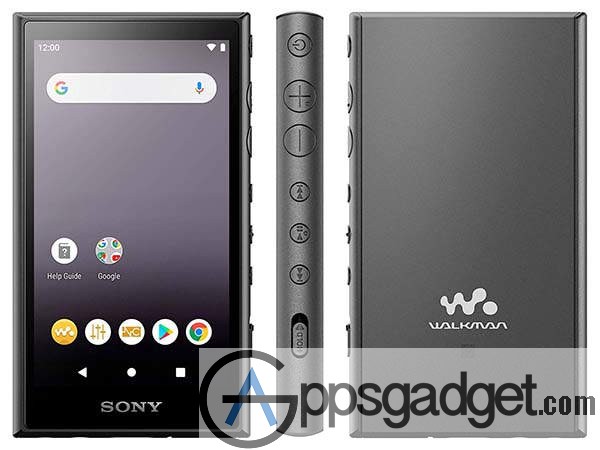 The hi-res music player runs Android OS so that you can download streaming and music apps from Google Play via WiFi connectivity, and Bluetooth technology enables it to wirelessly connect with your favorite Bluetooth headphones. In addition, built-in rechargeable battery offers up to 26 hours of music playback when playing MP3 128kbps.

Sony Walkman NW-A105 hi-res MP3 player is priced at $348 USD. If you’re interested, jump to the product page for its more details.