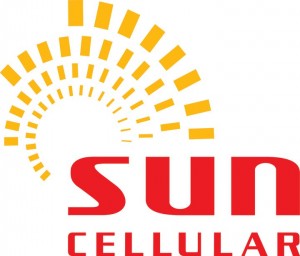 Personally, Sun’s success growth is mainly to their TU(Text Unlimited) and other unlimited offers which is very popular among the subscribers even if they already have their other telco sims. Sun became the most used secondary sim among all subscribers in the Philippines.

Sun Cellular sustained its positive streak as it registered a 17% growth in its net service revenues for the first quarter of 2012 of Php4.2B compared with Php3.6B for the same period last year. This is the highest growth rate for any local telco this year.

Revenue from Sun Cellular’s postpaid segment in the first quarter of 2012 grew by 20% compared with the same period last year. 2G postpaid subscribers at the end of March increased to 1.41 million, up 26% from 1.12 million in the same period last year. According to Sun Cellular’s Chief Operating Officer Charles Lim, this is largely because of new subscriptions to higher plans such as the Plan 450 Call and Surf, and the introduction of innovative new postpaid plans like the Plan 250 launched in selected areas in Luzon and Mindanao.  “The timing of the launch of these new plans was great as it was complemented by the stronger network that we now have,” Lim explains.

“Our broadband subscriber base at the end of March climbed by 54% for postpaid subscribers and 73% for prepaid subscribers respectively compared with the same period last year. We are expecting these numbers to rise steadily given the market’s greater demand for mobility.”

Hope they will continue the unlimited offers in their services and have better signal in remote areas here in the Philippines and they might just be the primary sim of the Filipinos.