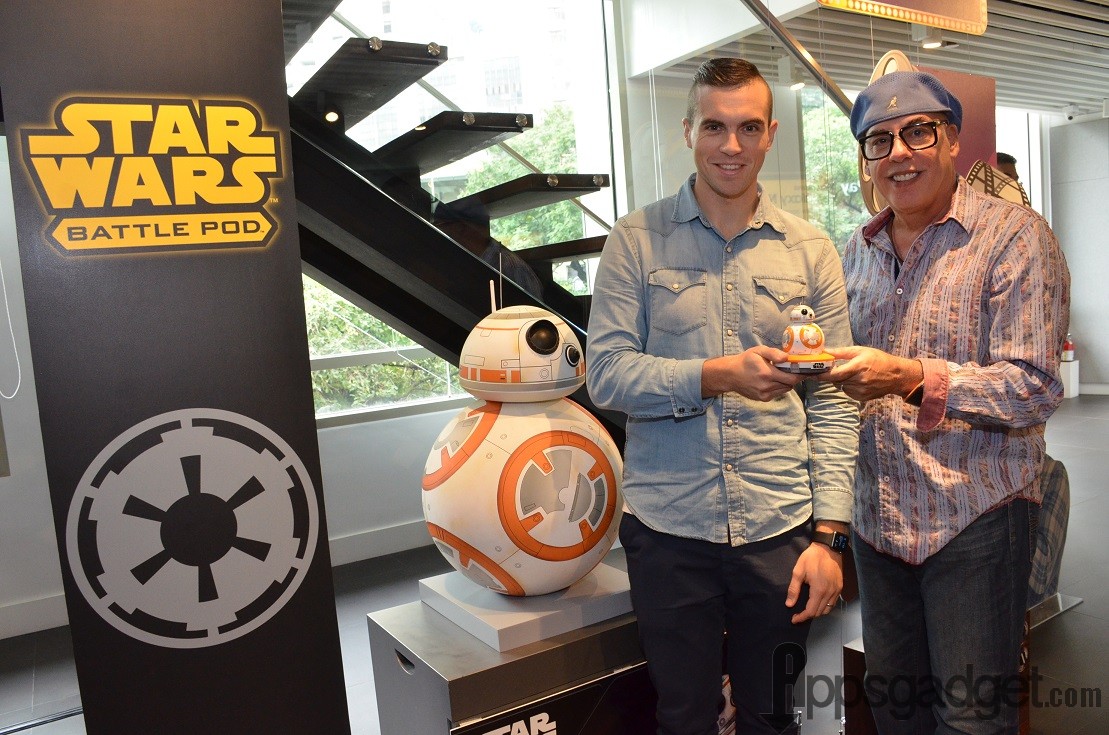 Globe Telecom has once again upped the Filipino digital lifestyle experience by signing an exclusive deal with Sphero, an industry-leading robotics toy company which creates connected toys that fuse emerging technology with the latest innovations in robotics.Globe is the only Philippine telecom to bring the revolutionary Star Wars BB-8 app-enabled droid to the country, much to the delight of Filipino Star Wars fans and gadget geeks. 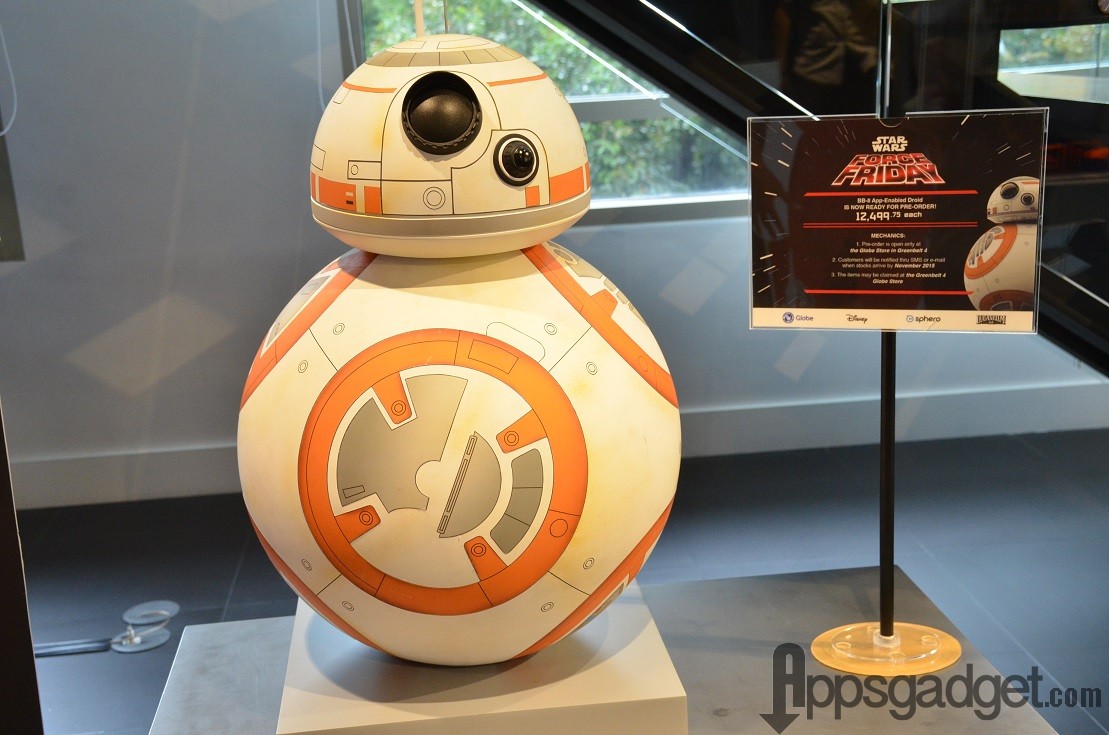 Customers can already pre-order the Sphero BB-8 at the Globe GEN3 Store in Greenbelt Makati and soon in other GEN3 Stores nationwide. Offered at P12,499.75, the BB-8is iOS and Android-compatible, housed in a durable polycarbonate shell and boasts of a Bluetooth smart BLE connection of up to a 100-feet range.

BB-8 was a character first revealed in the first teaser trailer for Star Wars Episode VII: The Force Awakens in November last year. BB-8 is an astromech droid, which operates approximate 30 years after the Battle of Endor. It has a domed head, similar to the R2 series of astromech droids, with the bulk of its body made up of a ball that the droid rolls on. The BB-8 has something unlike any other robot: an adaptive personality that changes. Based on its user interactions, the BB-8 will show a range of expressions, learn the obstacles in an environment, and even perk up when given voice commands.

Sphero Channel Director for Asia Pacific Aurelien Joly highlighted that “the Disney partnership takes Sphero to the next level” as he showcased the hologram feature of BB-8 similar to R2-D2’s transmission of Princess Leia’s message in Episode IV: A New Hope. 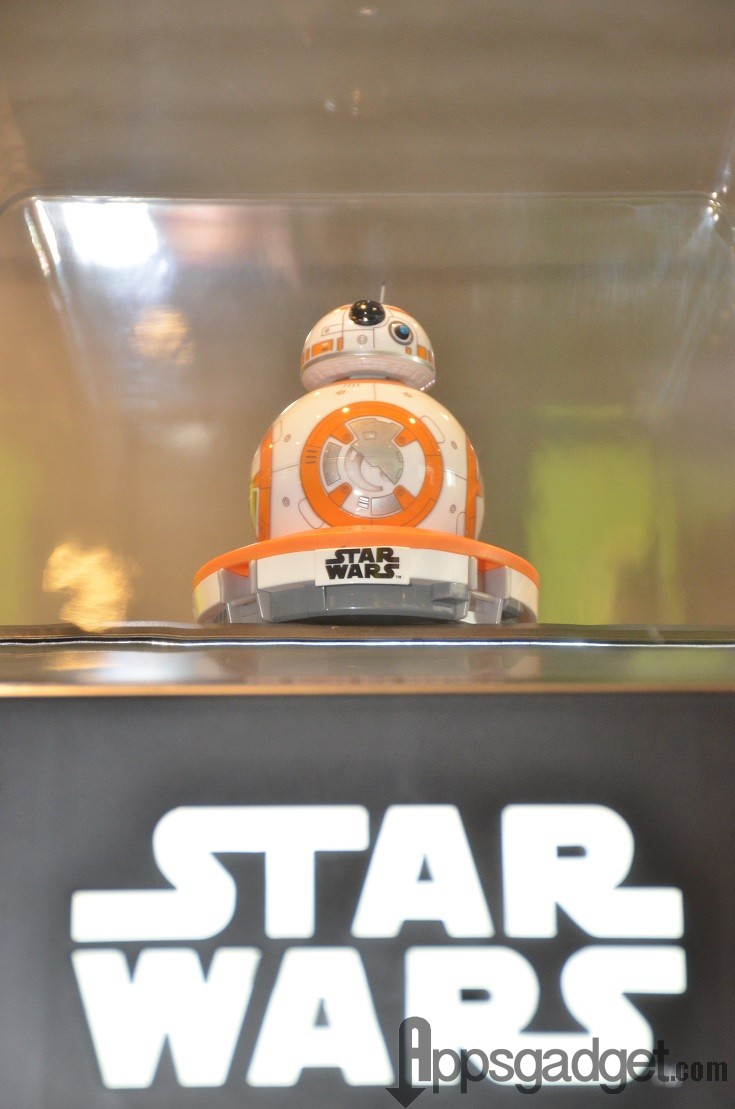 “We are starting the Star Wars fever early in the countryas we bring the much-coveted BB-8 to Filipino fans with our exclusive telco partnership with Sphero. There is so much demand globally for this toy and we are very happy and excited to be carrying it in our Globe GEN3 Stores,” said Joe Caliro, Head for Retail and Transformation Management at Globe.

“Starting this month, Star Wars fans can head over to our GEN3 Store in Greenbelt Makati to pre-order the BB-8 and soon in other GEN3 Stores nationwide. This is a wonderful experience to kick off the excitement that we all have for the showing of Star Wars Episode VII: The Force Awakens this coming December.”

In May this year, Globe signed a comprehensive and multi-year collaboration with Disney, giving customers access to video-on-demand, interactive content, theatricals, promotions and other related services across multiple devices, thereby affirming its relationship with otherDisneybrands such as Star Wars, Pixar, Marvel, and Maker.