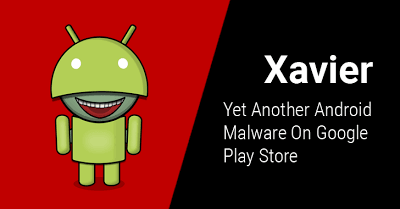 Just as the case with JUDY seems to have been solved, a new Trojan-based malicious code dubbed as “Xavier” has been discovered in more than 800 applications on Google Play Store. TrendLabs Security Intelligence was the first to detect the Trojan ad library and have reported that the affected apps have already been downloaded by many users from Google Play.