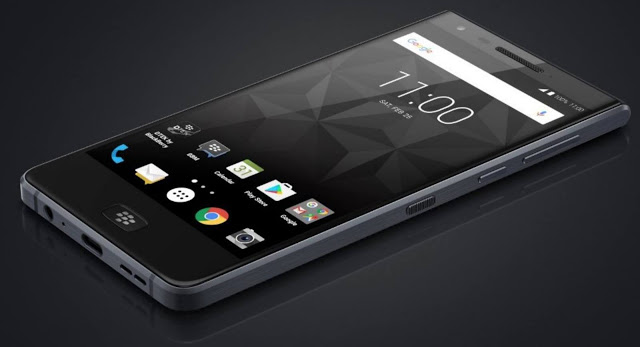 BlackBerry was once the dominant smartphone maker on the market – but the brand has fallen far behind the likes of Samsung and Apple.
It recently switched to the Android operating system and a new Chinese manufacturing partner in an effort to recapture past glories. BlackBerry’s decision to embrace Android may not restore the brand to its former glory, but it’s been a promising start. We were impressed with its latest phone, the KeyOne, which catered to classicists with its hardware keyboard.

Now, a new image has been leaked onto the web showing what the next phone from the BlackBerry stable could be. Blackberry will once again ditch the brand’s defining physical QWERTY keyboard characteristic for an all-touchscreen phone in favour of a more compact design — at least, if a new leaked render is anything to go by.
Reportedly called the BlackBerry Motion it will be a waterproof handset with a home button with an embedded BlackBerry logo and a 3.5mm headphone jack – two features notably absent from Apple’s high-end iPhone X handset.
According to rumours, the new BlackBerry phone will boast a battery life of up to 26 hours and will carry the full suite of security software that traditionally makes BlackBerry appealing to business users.

Details on its full list of specs, however, are still scarce, but gadget experts seem to believe the phone may be revealed as early as this month.