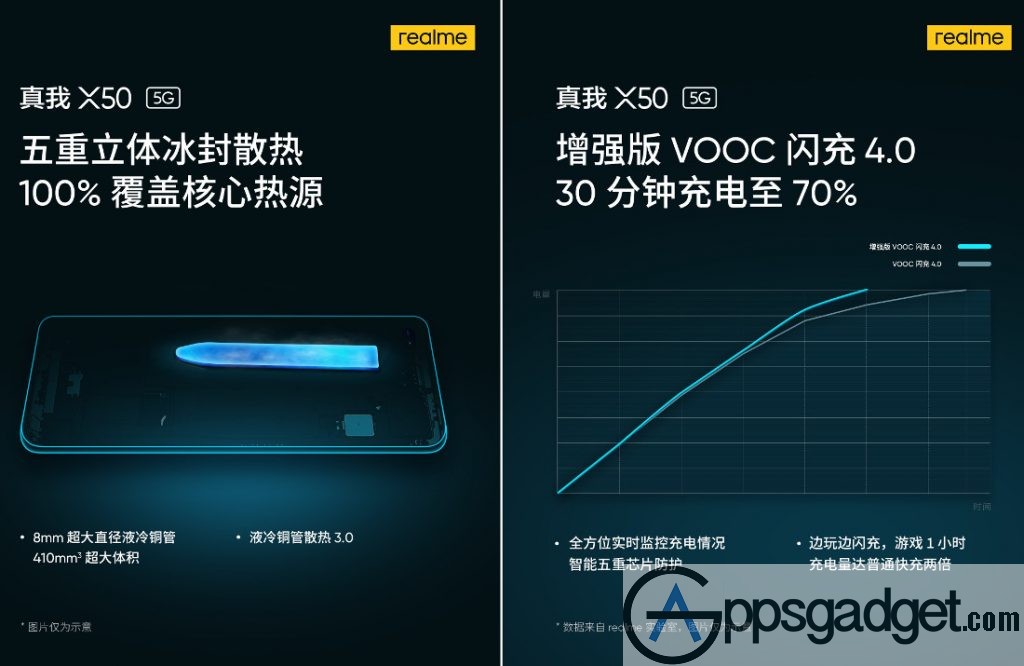 Update: December 20, 2019 — realme has confirmed that X50 5G  will feature 8mm 410mm³ diameter large  liquid-cooled copper tube for heat dissipation 3.0 offering five-dimensional heat dissipation that covers all the heat sources 100%. It will feature VOOC flash charge 4.0,  so that the phone is charged from 0 to 70% in 30 minutes.