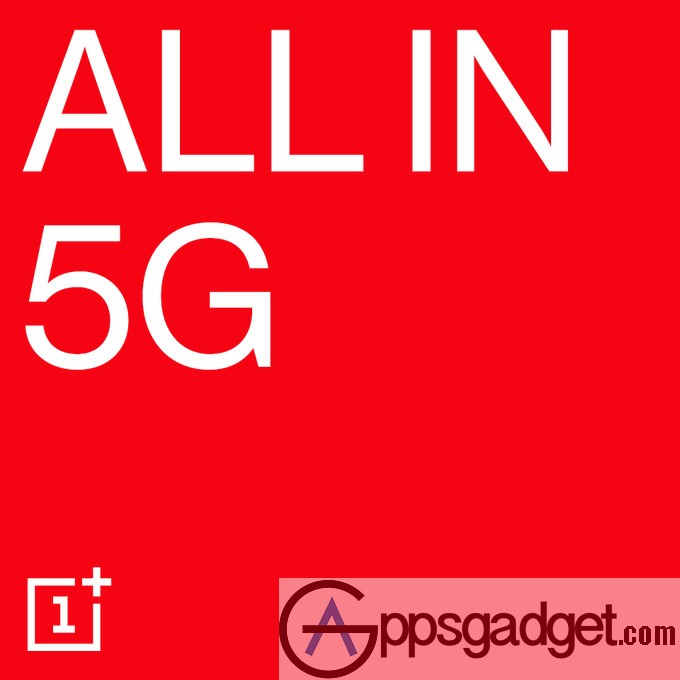 Since its inception, OnePlus has always been attentive to users’ needs and demands. As a result, the company designed devices that far exceeded users’ expectations. One such thing in demand right now is the 5G! Not many knows the fact that OnePlus began its 5G research as early as 2016; however, the company couldn’t mass produce due to several limitations.

Back in 2019, for the first time, OnePlus showcased its prototype smartphone powered by Snapdragon 855 Mobile Platform with the Snapdragon X50 5G modem and Qualcomm RF Front-End solutions in MWC.

Further, the company also simulated a futuristic setting of 5G cloud gaming where players would only need a smartphone and a gamepad. For the uninitiated, OnePlus launched its first 5G phone OnePlus 7 Pro in the UK (with EE) and US (with Sprint) last year.

Fast-forwarding to 2020, OnePlus is all set to launch its OnePlus 8 series of smartphones with 5G support on the rumored launch date, which is April 15th. OnePlus founder and CEO, Pete Lau, confirmed it by tweeting a teaser saying, “All in 5G.”

Related Topics:Technology NewsTechnology Updates
Up Next 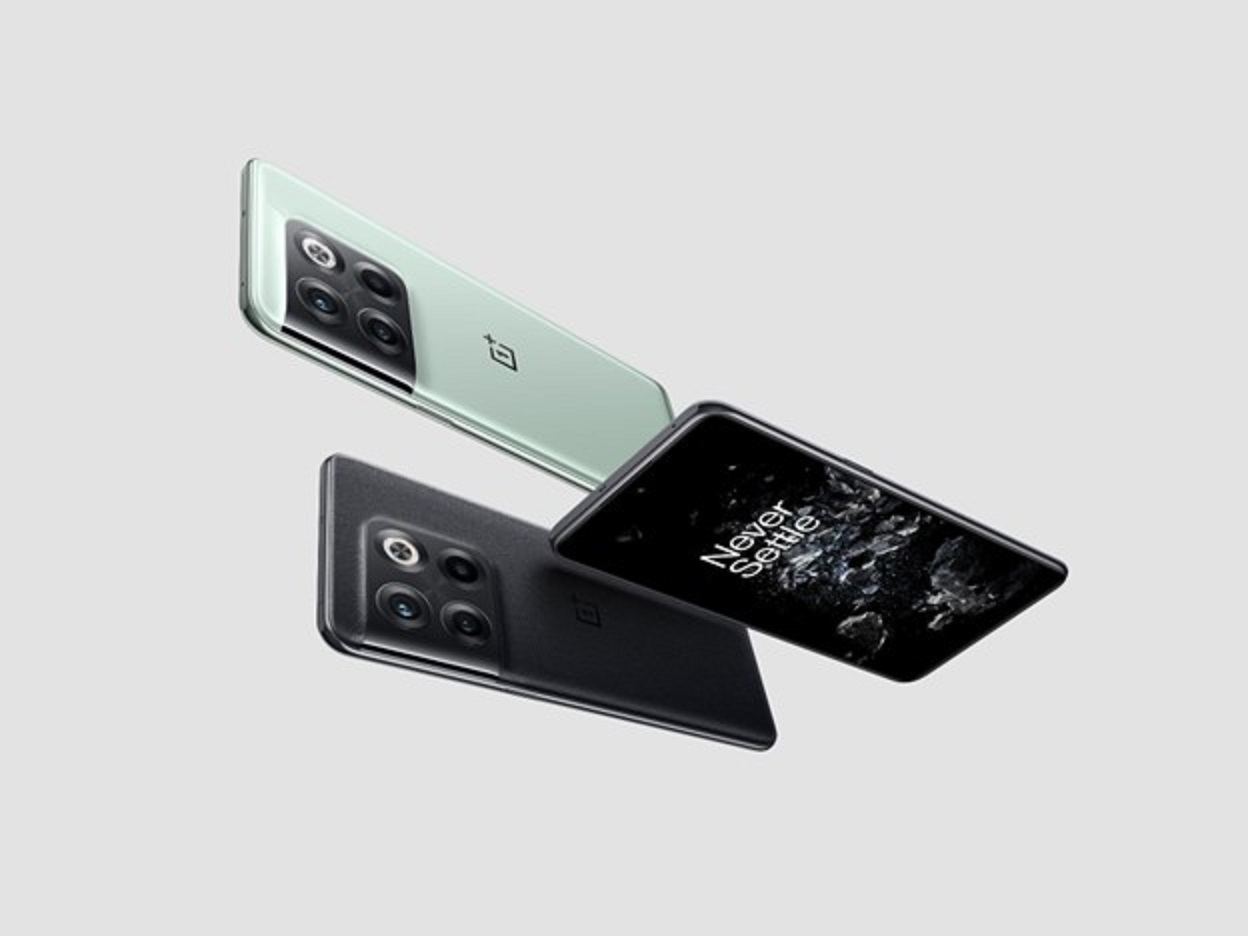 The OnePlus 10T5G is the ultimate performance flagship device that evolves beyond speed. Made to keep up with the current needs of consumers, the phone boasts bigger storage, improved charging capabilities, and more powerful processors or operating systems.

Packed with the new era of smart fast charging and a processor with peerless power supported by larger RAM and ROM, the new OnePlus 10T5G is ready to enable you to do more in your everyday grind.

With OnePlus 10T5G, you won’t experience low battery anxiety again because it has a 4800mAh battery packed with a 150W SUPERVOOC charging system. This exceptional feature makes the OnePlus 10T5G the fastest charging technology in the entire OnePlus ecosystem. Indeed, this is a new era of smart, fast charging.

The new fast charging capability of the OnePlus 10T5G allows the battery to charge from one percent to roughly 67 percent in just ten minutes, which you can use to stay connected for 17 hours under OnePlus Day of Use (DoU) Model. This saves you a lot of time and allows you to take advantage of its features further.

If you think this is too much and it will ruin the battery in the long run, don’t worry because the OnePlus 10T5G has a Battery Health Engine that ensures its durability. This feature can make your battery healthy even after four years of continuous use.

The OnePlus 10T 5G can handle every task that you will need from a smartphone. Equipped with Snapdragon® 8+ Gen1 mobile platform, it ensures easier and faster browsing, gaming, and entertainment experience. You can choose from the two variants, 8GB + 128GB or 16GB + 256GB, which both are enough to handle heavy tasks.

3D Cooling System 2.0, the finest one in OnePlus

To do everything without limits, a smartphone that offers an excellent cooling system is what you need. The OnePlus 10T5G is geared with next-generation 3D Cooling System 2.0. This cooling system is powered by comprehensive materials like 3D Graphite and Copper Foil, which are layered strategically inside the phone to offer better heat dissipation.

Additionally, the OnePlus 10T5G underwent software optimizations with AI System Booster, enabling the phone to adapt to every application and offer high-speed performance.

Other powerful features in OnePlus10T5G

Beyond looking at the charging capacity and the performance of a smartphone, it should also offer other exceptional features. As for the OnePlus 10T5G, it also has a triple flagship camera system perfect for capturing clear, vivid, and pro-like pictures.

Additionally, it comes with a 6.7″ AMOLED 120Hz Full HD+ flat display, giving clearer screen output. The refresh rate is also adaptive which means the frame automatically changes to 60/90/120 Hz, which can save more power when using some apps.

Start your new journey with the OnePlus and don’t miss out on having the power of ultimate performance flagship in your hands. Get the OnePlus 10T5G via Shopee and Lazada for only PhP35,990 (8+128GB variant) and PhP39,990 (16+256GB variant). 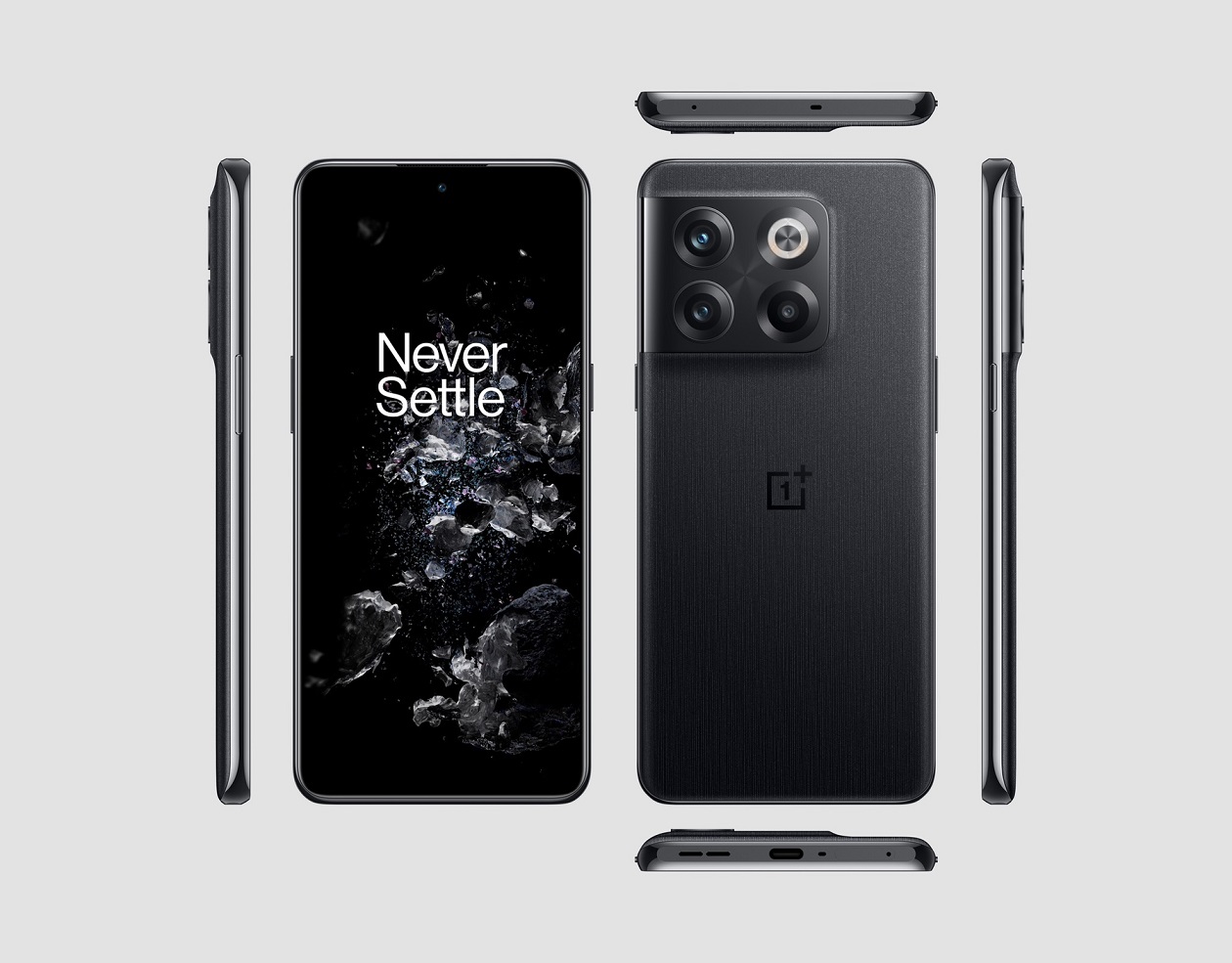 Global technology company OnePlus recently released in the Philippines its OnePlus 10T5G; an innovative device dubbed as an ultimate performance flagship due to its advanced specs that offers the smoothest experience for tech-savvy users.

Showcasing the OnePlus signature specs, the burdenless and borderless design and other exceptional features, such as the Snapdragon® 8+ Gen1 mobile platform, 150W SUPERVOOC charging system, and 3D Cooling System 2.0, the OnePlus 10T5G sets to make smartphone users evolve beyond speed. To top it all off, the OnePlus 10T5G is ready to revolutionize photography with its flagship triple camera system.

With its innovative features and its flagship-grade camera systems help bring your travel photography to the next level. 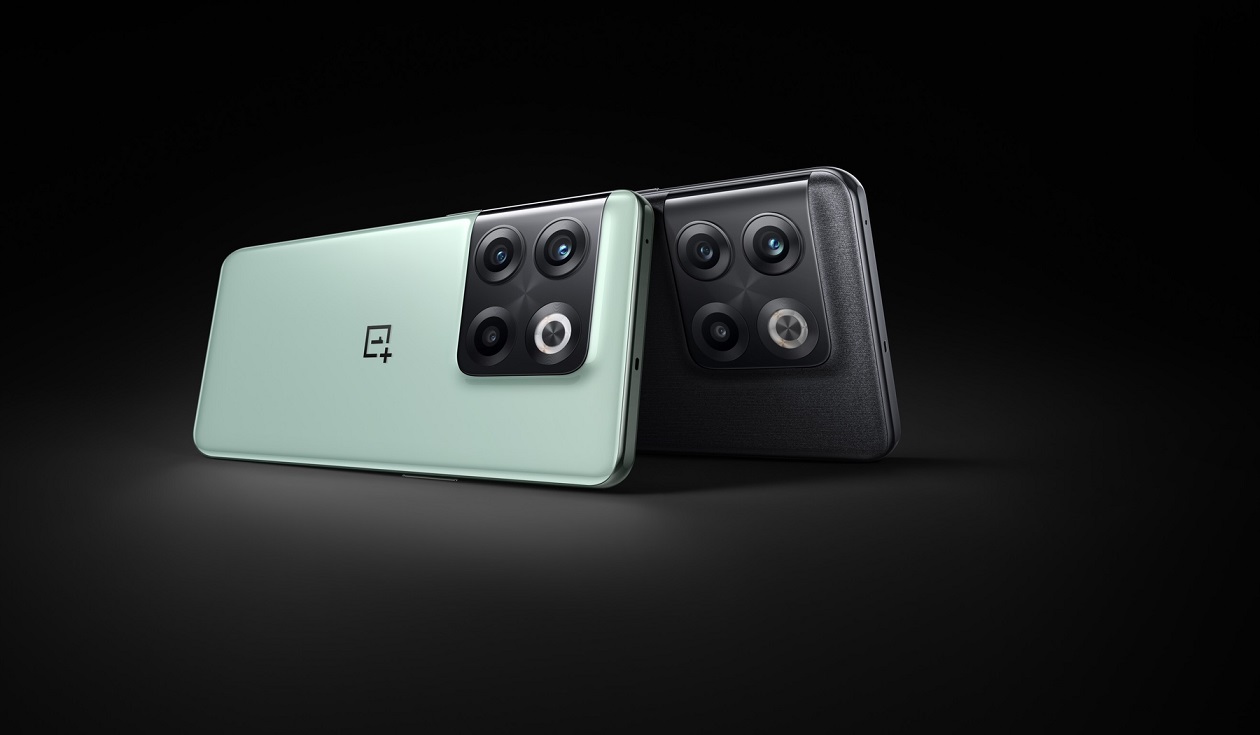 When travelling, it pays to have a device that is more than capable of running smoothly. That’s exactly what you should look forward to in the OnePlus 10T5G. This device boasts a smoother and faster user experience with its Snapdragon® 8+ Gen1 mobile platform, enabling a higher CPU, GPU, and APU performance while using less power.

It also features a 150W SUPERVOOC charging system, making it the fastest charging technology in the entire OnePlus ecosystem. You also don’t have to worry about your phone overheating when taking long videos because it powers a 3D Cooling System 2.0 that is viable to run multiple apps at once. Lastly, to match your sophisticated style and inner creativity, the OnePlus 10T5G has a burdenless and borderless design that captures the signature OnePlus design and guarantees durability.

All these features, plus its triple camera systems, make the OnePlus 10T5G a true ultimate performance flagship device.

OnePlus 10T5G ensures that you make the most of its rear cameras. It features a 50MP main camera with Sony IMX766 sensors with OIS which allows users to take clear, vivid, and stable pictures, whatever the subject is. It also has a 1/1.5″ sensor making it the most mature camera in the entire OnePlus ecosystem.

Meanwhile, its other two rear cameras are an 8MP ultra-wide-angle lens with 119.9 degrees of field of view (FOV) and a 2MP macro lens. The phone can produce the best pictures without sacrificing quality and sharpness, perfect for capturing either landscape or portrait photos. Combining everything will create blur-free images with bright colors and tones. 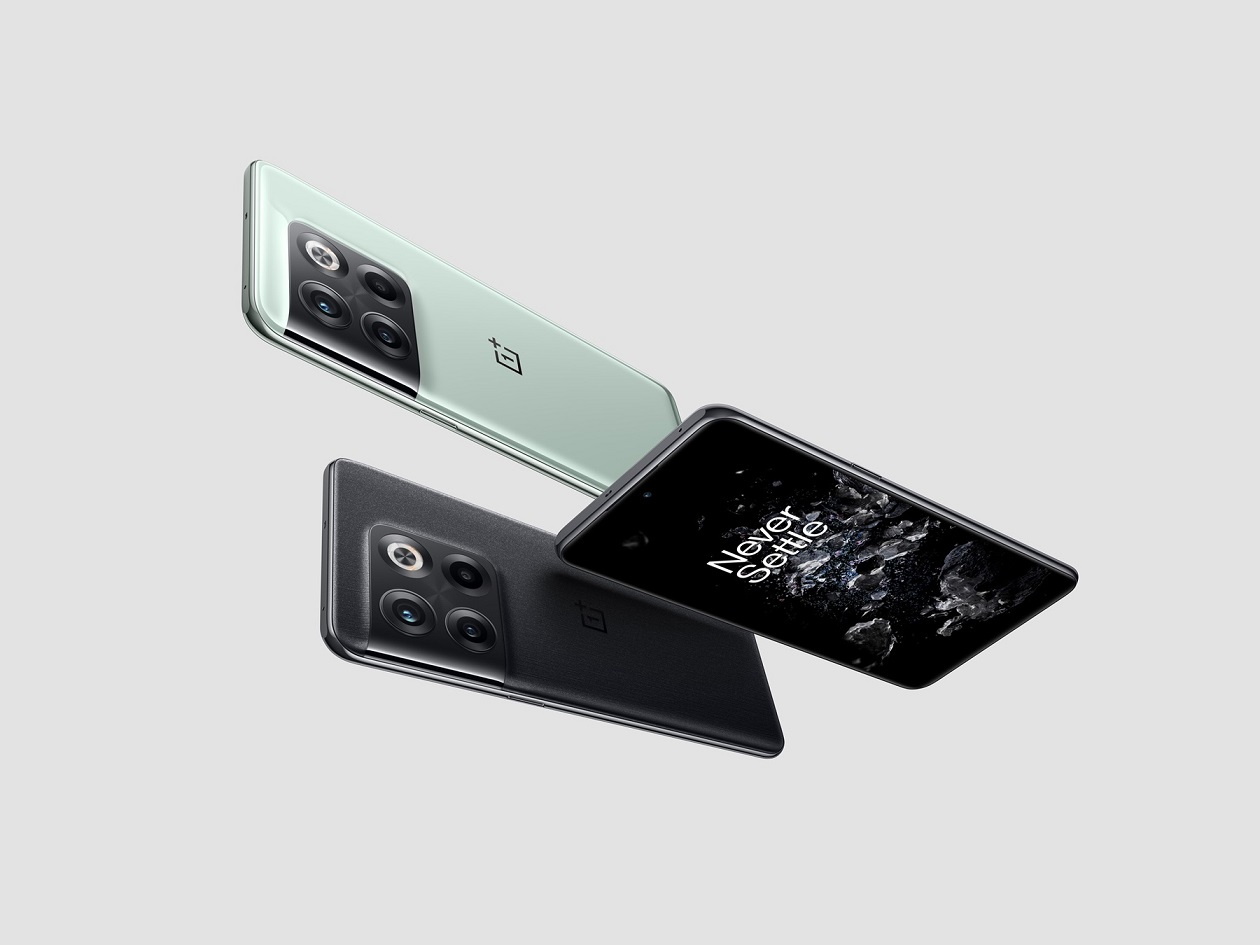 OnePlus 10T5 G’s Image Clarity Engine or ICE 2.0 algorithm solves this issue as it allows users to shoot multiple pictures without sacrificing the details of the subject.

Once you press the shutter button, the device can take several photos without a hassle, and an AI with a 65 percent success rate will choose the clearest shot as the final image. Take note that the ICE 2.0 algorithm’s process is even faster than before, which enables you to capture every moment without missing a single thing.

The Super HDR and TurboRaw algorithm is a DSLR-like feature that can balance out the foreground and the background of the picture. It also enhances the subject’s brightness and contrast. You can utilize this when shooting sceneries when traveling.

Light up nights with Nightscape 2.0

Improve your night photography with Nightscape 2.0. Night photography is better because it is complemented by Sony IMX766 and OIS, the next-generation Nightscape algorithm. What this does is that it takes the best low-light pictures with enhanced clarity and reduced noise.

As you shoot a subject at night, the Nightscape algorithm will enhance the overall detail of photos. This pro-grade feature will automatically improve the brightness and sharpness of an image.

With the OnePlus 10T5G, shooting a vlog or short-form videos is easy and fun since its front camera supports EIS or Electronic Image Stabilization, an ideal feature for shooting video content. At the same time, the rear camera can shoot up to 4K, which is perfect if you want to share your videos at their highest quality.

The OnePlus 10T5G 8GB + 128GB variant is now available in the Philippines in two colors, Moonstone Black and Jade Green. Aside from the best camera imaging system, the ultimate-performance flagship OnePlus 10T5G boasts other powerful features that you should not miss. 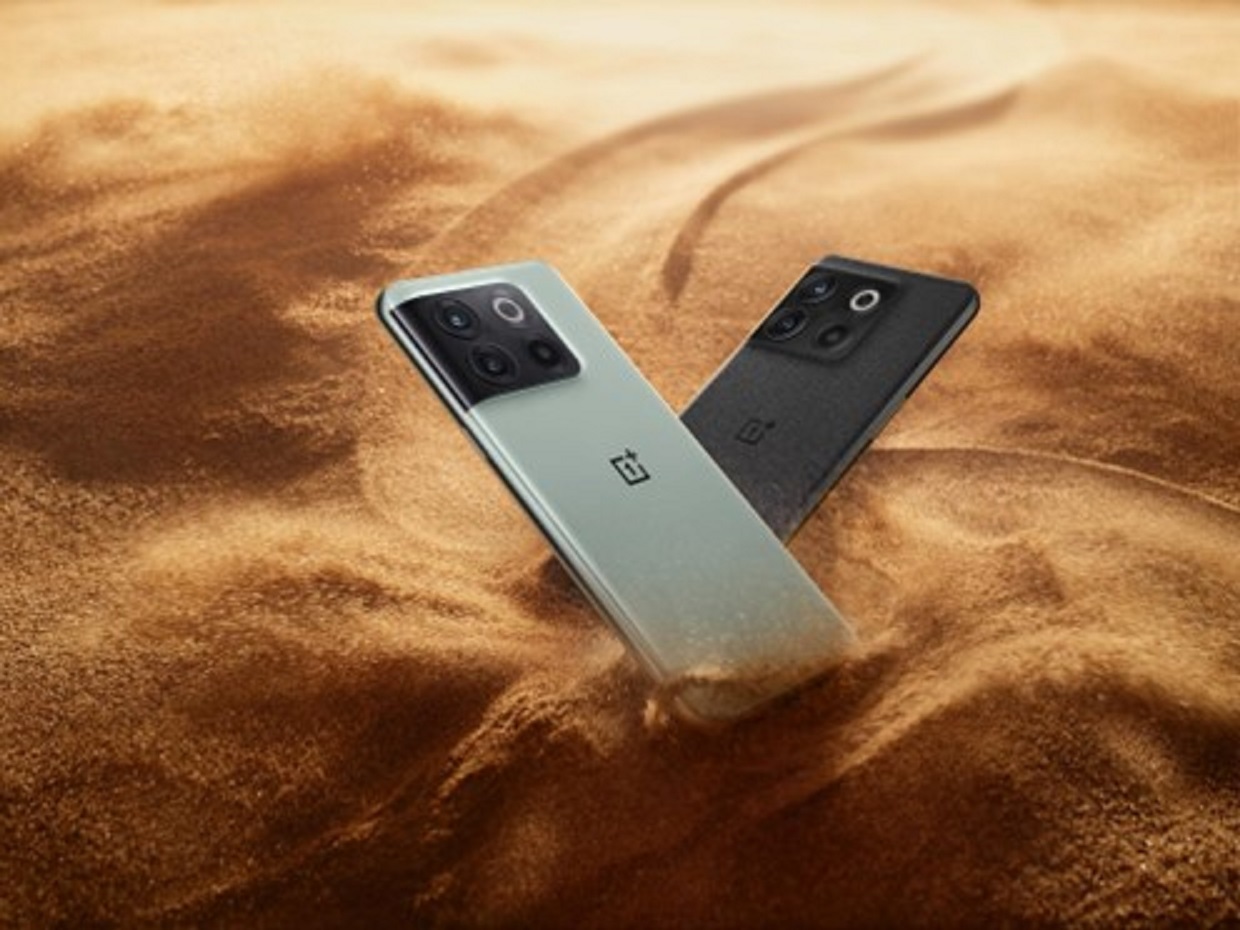 Heads up, OnePlus fans! If you plan to purchase the ultimate flagship performance device via Shopee, you are in for a treat as great deals await you.

Don’t forget to follow the OnePlus Official Store on Shopee to earn a PhP 30 voucher, redeemable if you have a minimum spend of PhP 50. If you leave a review with three product photos after receiving your OnePlus 10T 5G, you will have a chance to be one of the first 20 reviewers who will get a PhP 200 cashback.

OnePlus buyers will also gain one raffle entry in every device purchased until September 9, wherein one winner can get their phone for free. The raffle draw will be on September 15, 2022, from 5 pm to 5:30 pm through the OnePlus Official Store Livestream on Shopee.

On top of that, OnePlus fans can revel in a wide array of vouchers and promos on Shopee when purchasing OnePlus Nord 2T and OnePlus Nord CE 2 Lite from August 26 to 27. It includes the following: