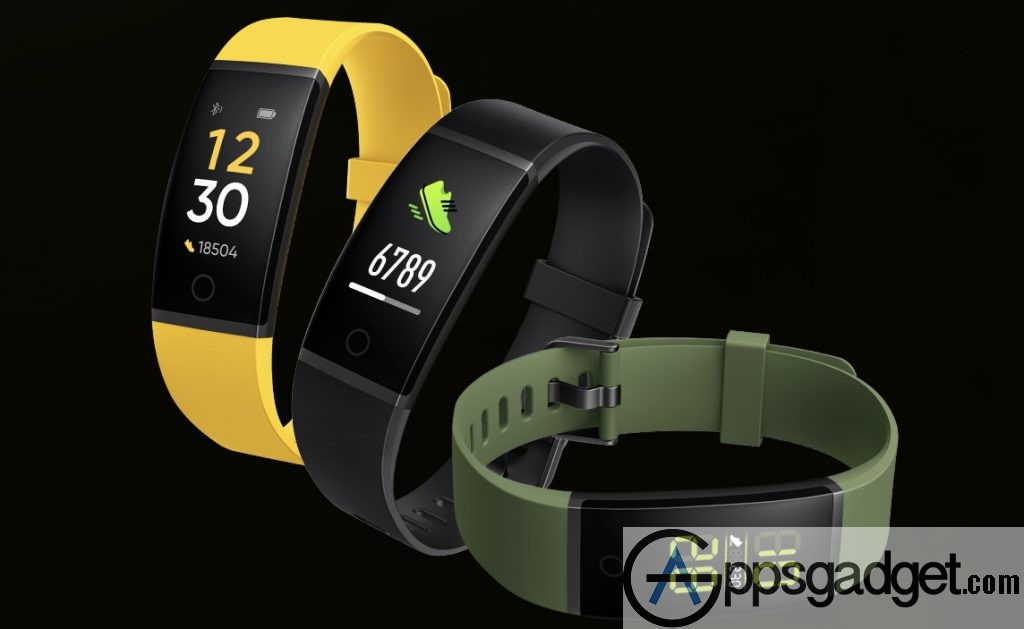 Update: February 28, 2020 — realme has posted a new teaser that shows Black, Green and Yellow colors. It has also confirmed 9 sports modes that includes run, walk, hiking, climbing, yoga, fitness, spinning, bike and cricket mode. It will come with sleep tracking similar to most other bands, and feature built-in charging port. The band will come with IP68 ratings for water resistance and offer smart notifications. There will be hate to wait limited-time sale on the launch day March 5th from 2 to 4PM, said the company.

Update: February 24, 2020 — At the realme X50 Pro launch event company’s CEO has confirmed that the realme band will be launched on March 5th, a slight delay since the company had previously announced that it will launch in February. He recently showed off the realme Band, which will come with a color AMOLED screen, built-in charging port and in three colorful straps, including Black and Yellow strap. He also said that it will be the most affordable fitness band with built-in heart rate sensor.

Update: January 23, 2020 — In the latest episode of Ask Madhav, the company’s CEO has confirmed that the realme fitness band will be launched in February.

Be the first to comment on "Realme band to Launch on March 2020 with 3 colors, Cricket mode and more"