realme Philippines, the lifestyle partner of the youth, will unleash power yet again in the sub-10k mobile phone segment on May 13 with the launch of its first contender from the realme 6 series, the realme 6i. The realme 6i is the first smartphone in the world and in the Philippines to use the MediaTek gaming SoC launched just this February, the Helio G80, which brings the device’s gaming and photography performance to an entirely new level.

The phone’s enhanced image quality, stabilized frame rate and smooth performance allow young gamers to fully put their mobile gaming and streaming skills to the test. The device is also able to support intense and prolonged gameplays through its 5,000mAh battery with 18W fast-charging technology.

Featuring a 48MP quad-camera setup, the realme 6i pairs well with budding photographers and content creators who are ready to kick-start their chosen careers with the help of an attainable midrange-performing smartphone. With its ultra-wide-angle lens, the realme 6i lets users take the perfect landscape photo effortlessly as it captures a 119-degree field-of-view. Aspiring creators can capture scenic and landscape photos and backgrounds. Through the ultra-macro lens, photographers can capture subjects up to 4cm close. 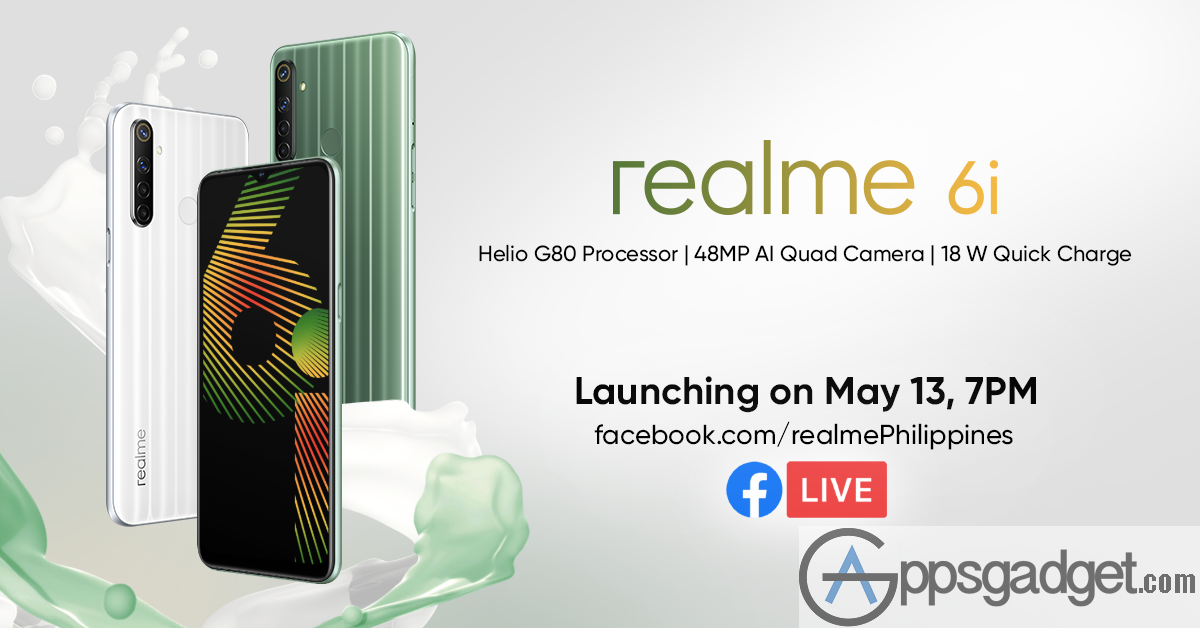 The realme 6i is also an eye candy itself as it’s designed by industrial design master Naoto Fukasawa. Fukasawa is the same genius behind the design of realme’s flagship line, the X series. Sporting the sleek aesthetic gene of realme, the realme 6i comes in two trendy variations: White Milk and Green Tea.

The best-value powerhouse also hopes to disrupt smartphone entertainment in its price segment with an immersive 6.5-inch display equipped with Eye Care mode, which reduces radiation thereby preventing eye strain. The display delivers a much clearer and wider perspective while ensuring eye health.

“May 13 is an exciting day for all of our Filipino fans! Realme Philippines aims to unleash the power of the youth by offering a smartphone they can use in honing their potentials. We believe that the realme 6i is an affordable lifestyle device that can aid every young and aspiring photographer, gamer and content creator in achieving their goals. We hope that through this smartphone, we can help young dreamers move forward,” shares realme Philippines Vice President for Marketing Austine Huang.

Young Filipinos and realme fans are invited to join the launch on May 13 by tuning in on the livestream hosted on realme Philippines’ official Facebook page at 7:00 p.m. Members of the livestream’s audience would get the chance to win a brand new realme 6i!