Realme cements its position as the world’s fastest smartphone brand as it welcomes 10 million new global users— bringing the brand’s total number of users to 35 million worldwide. The continuously growing demand for realme products also helped the brand retain the seventh spot in global analyst firm Counterpoint’s list of top global smartphone brands in terms of shipments in the first quarter of 2020.

In the third quarter of 2019, Counterpoint’s Smartphone Shipment Market Share research showed realme as the Top 7 global smartphone brand for the first time. With realme’s global smartphone shipments increasing by 157% year-on-year versus its shipments in Q1 2019, the brand was able to maintain this ranking even until Q1 2020.

Despite the industry-wide year-on-year decline of 13% in Q1 2020, realme is one of the two major global smartphone brands to achieve growth during this period. realme attributes this steady increase to the continuous support of its global fanbase and its young target audience who are the inspiration behind the brand’s attainable and high-quality devices.

With a business model built on light assets, multiple channels and strengthened e-commerce presence, realme achieved a 40% sales growth or a 10 million sales increase in just four months. realme has also actively adapted to the changes in the market and has upgraded its worldwide channel strategies in multiple markets. In 2020, realme plans to further improve its online and offline multi-channel sales model to reach more consumers and sustain its rapid growth momentum.

realme’s focus on young consumers, its deep understanding of their preferences and its commitment to customize products to exceed their expectations proved effective as the brand continues to record impressive sales results worldwide, specifically in Europe, China and Indonesia. 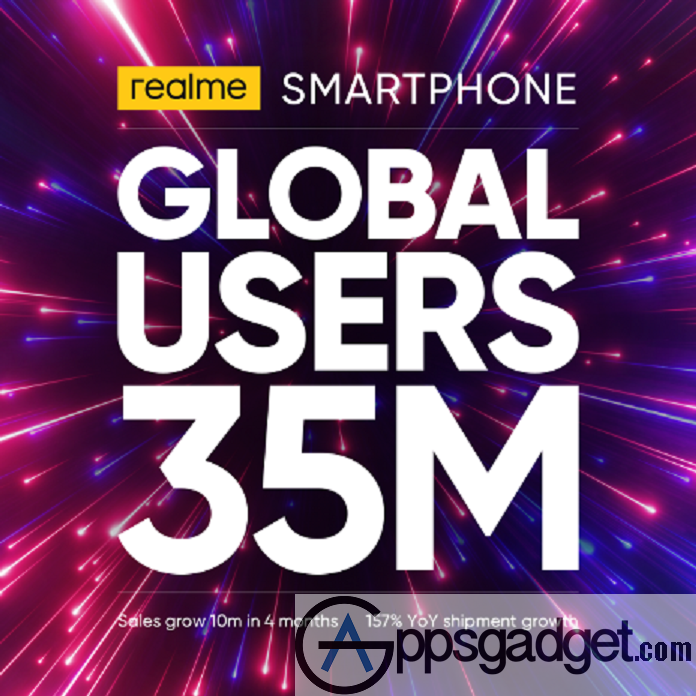 After entering 27 countries and regions around the world in only two years, including China, Europe, India, South and Southeast Asia, Russia and Africa, realme has ranked among the top five smartphone brands in multiple markets. In the Philippines, realme ranks fourth in the market with an impressive annual growth rate of 709%. realme India has ranked in the country’s top five smartphones for a long time, while maintaining its second spot in the online market. In Indonesia, realme ranked among the top three in the third quarter of 2019. In Egypt, realme’s market performance is as noteworthy, ranking among the top five with a growth rate of 908%.

realme as a tech and lifestyle partner

In 2020, realme will continue to focus on its young users, for both of its smartphone and Artificial Intelligence of Things (AIoT) lineup. As the brand aims to be a tech lifestyle trendsetter for the youth, it will be employing the realme 1+1 strategy: Smartphone + AIoT. realme will be focused on developing trendsetting design and technology to further strengthen its very own ecosystem.

As realme dares to leap into the AIoT field with its expanded lineup of offerings, it positions itself to become not only the world’s fastest growing smartphone brand but also world’s fastest growing AIoT company as well. Just this month, realme has sold 1 million units of the realme Buds Air and realme Buds Wireless. realme partnered with Naoto Fukasawa, the world’s top industrial design master, and Alan Walker, the Global TOP 100 DJ, to perfect both the design and performance of its products.