realme Philippines, who is just coming on the heels of its successful launch of AIoT products and merchandise, gives its fans another set of treats as it hosts its Super Brand Day on Shopee from June 25 to June 27. The lifestyle partner of the youth is dropping the prices of most of its devices by as much as 24 percent.

realme devices will also be included in different Shopee Flash Sales starting at 12 midnight of June 25. Among the products that will be getting a price cut is the recently launched smart audio device realme Buds Air Neo, whose Flash Sale price is at PHP 1,579. Customers can also snag a Php 740 discount on the 8GB + 128 variant of gaming champion realme 6. realme Philippines will also be offering discounts for the realme 6i and realme 6 Pro at six and three percent, respectively. The grid below details all the discounts that can be availed by customers during the Shopee Super Brand Day Flash Sales. 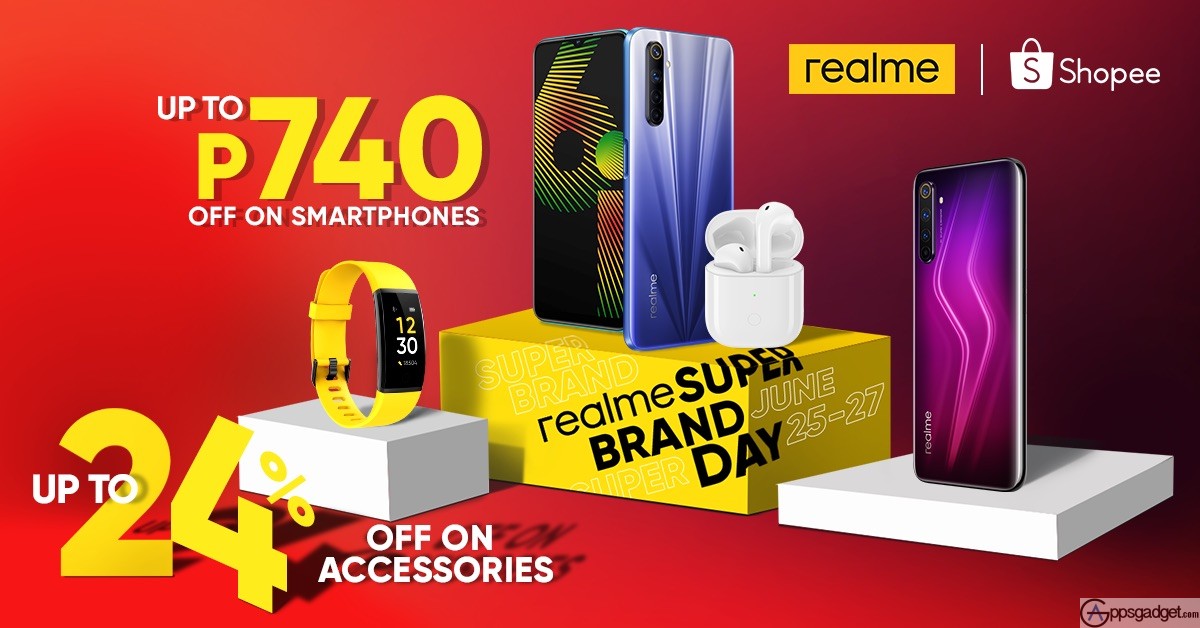 “We at realme Philippines remain committed to broadening the reach of our tech lifestyle offerings. We hope that by making our products more attainable, we’ll get to help more young Filipinos adapt to a more digital lifestyle. We hope to see you all during the Shopee Super Brand Day,” shares realme Philippines VP for Marketing Austine Huang.

Customers who aren’t keen on regularly monitoring the flash sale events may still enjoy discounts during the entire duration of the realme Super Brand Day. Those with the biggest regular discounts are the AIoT products realme Buds and realme Band, which will both be offered at 21 percent off.

realme Philippines is also launching three online challenges that will give participants a chance to win realme devices.

realme Philippines challenges squad members to show their creativity in photography through the realme Facebook Photo Contest. From June 26 to July 01, participants must upload a Facebook photo whose subject resembles the letter “R” in uppercase. The photo must have the realme watermark and must be set in public. It must also include the hashtag #realmeShopeeBrandDay in its caption. The contestant whose post garners the most number of reactions will win a realme Buds Air. The winner will be announced on July 3 on the official Facebook page of realme.

realme Philippines is giving away one realme 6i and two sets of realme buds to those who will tune in to the realme Super Brand Day Livestream on June 27 from 12 noon to 1 p.m. To participate, the viewer must watch the realme 6i unboxing and review livestream on Shopee and share the livestream link on Facebook. The host of the livestream will be announcing the winners at the end of the event.

For more information on the realme Super Brand Day on Shopee and the special contests and promos on realme devices, customers are encouraged to visit the realme Philippines official Facebook, Twitter and Instagram accounts.