Following on the heels of the successful launch of its C-series, realme Philippines goes back to its beloved number line-up with a couple of powerful midrange champs — the realme 7 and 7 Pro. As it aims to enrich the realme ecosystem, realme is also bringing its chic in-ear TWS to the local market — the realme Buds Q. 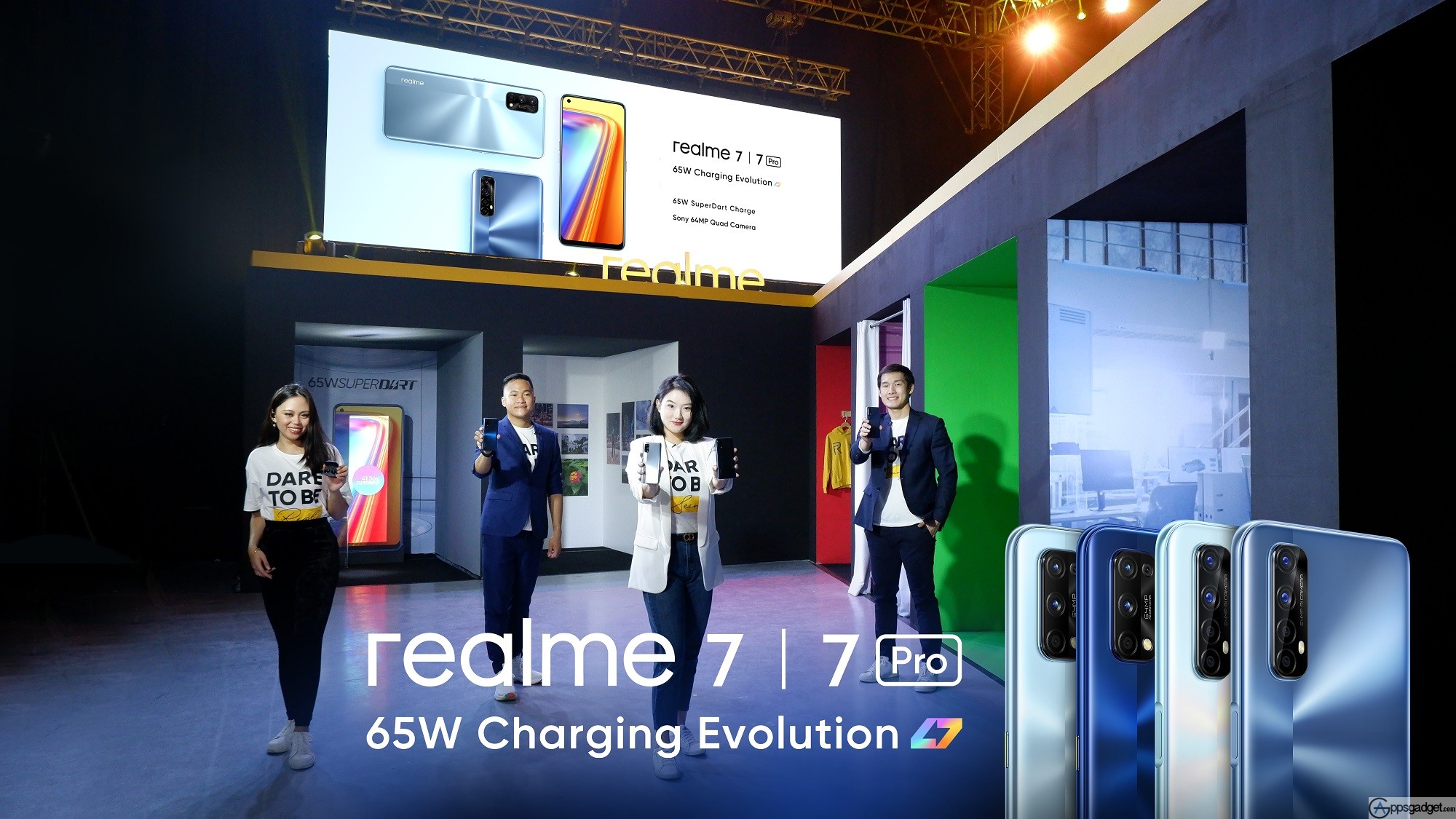 “We at realme Philippines aim to fuel the drive of the Filipino youth as they take on various endeavors — may those be in climbing the corporate ladder or ranking up in different mobile games. We believe that our new devices, which are both powerful and attainable, can keep our young leaders, ideators and creators inspired and empowered to continue moving forward. And we are happy to make these new devices available in more channels with more fun promos,” shares realme Philippines VP for Marketing Austine Huang.

There is no stopping Filipino corporate gladiators, budding entrepreneurs and digital buffs in their quest for success. This makes the realme 7 Pro a perfect tech partner.

The realme 7 Pro is equipped with a 65W SuperDart Charge, making it the Philippines’ fastest-charging smartphone — charging from zero to 100% in just 34 minutes. This charging power is favorable for intense daily hustle as it minimizes smartphone downtime. The device’s Qualcomm Snapdragon 720G Mobile Processor also ensures that the overall performance of the device is smooth and top-notch. 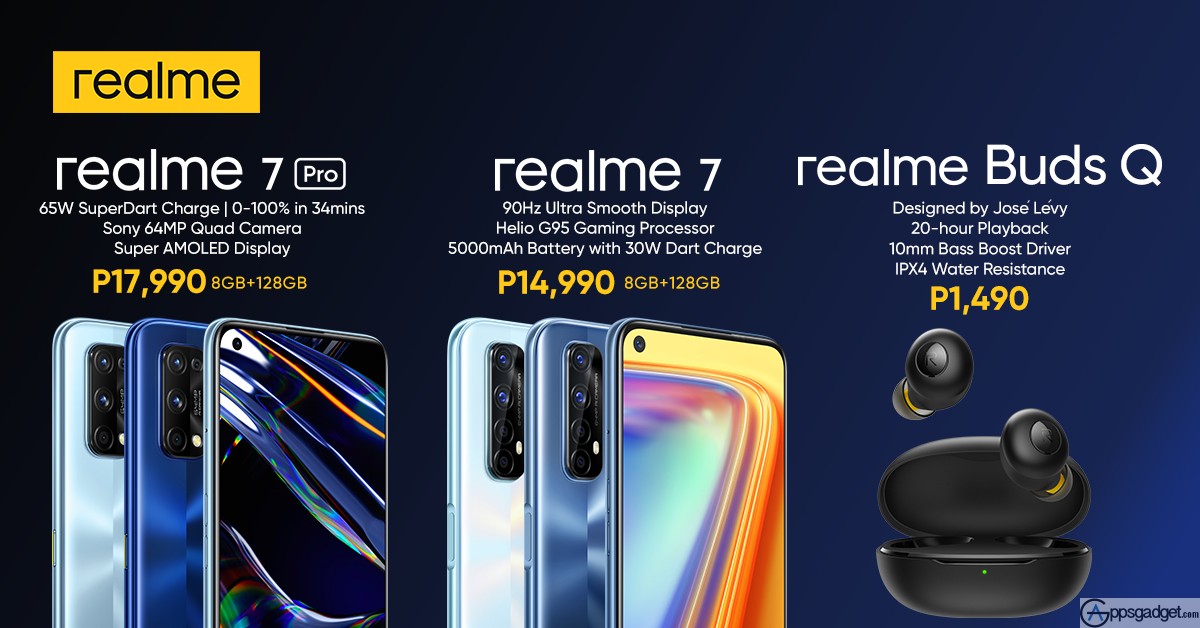 There is a global uptick of 35 percent in weekly mobile game downloads in March as people around the world stay safely at home and look for avenues of entertainment. IDC and App Annie also reported that mobile is now the primary driver of growth for digital game consumption. To ascertain that the youth gets to continue to slay their mobile battles, realme designed midrange champ realme 7 specifically for mobile gaming enthusiasts. Under the phone’s hood is the world’s first MediaTek Helio G95 Gaming Processor, which makes the realme 7 one of the most powerful smartphones for gaming and entertainment in its price point.

Quarantines have also regulated the forms of entertainment the youth usually enjoys outside of their homes, like going to the movies, partying in clubs and dining in restaurants. This led the youth to pivot even further to digital forms of connection and entertainment – be it virtual call with friends or movie streaming – as these are not bound by physical borders. The realme 7 packs a 5000mAh battery with a 30W Dart Charge, ready to power the digital adventures of its young users.

TÜV Rheinland is a global leader in independent inspection services, founded 145 years ago. The independent experts stand for quality and safety for people, technology and the environment in nearly all aspects of life. 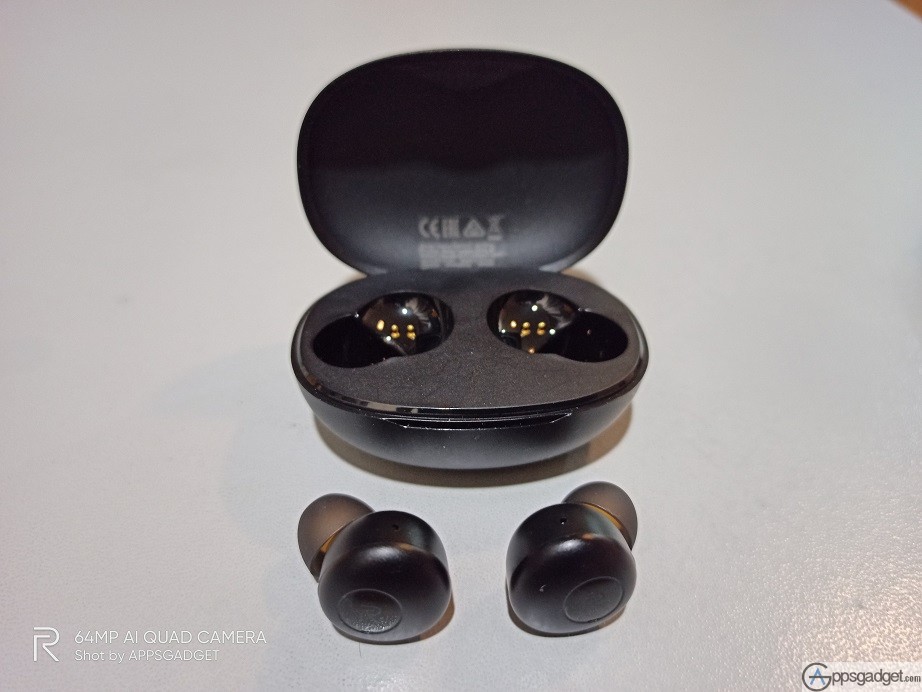 One gift early Christmas shoppers must bag for the bibong inaanak and masipag na pamangkin is the incredibly stylish realme Buds Q. The latest AIoT product from the fastest-growing smartphone brand is officially available in the Philippines, ready to rock the world of young Filipinos — quite literally — with an elevated audio experience.

The True Wireless device has a 10mm Large Driver and a Dynamic Bass Boost, bringing sound straight out of audio heaven. Going beyond its amazing technology, the realme Buds Q is also a fashion statement on its own as it sports the artistic genius of José Lévy, the cooperated designer of Hermès and the art director of the realme Design Studio. For its design, Lévy took inspiration from the round cobblestones found along the shores of Normandy beach. This artistic and ergonomic masterpiece is both chic and comfortable, having been made with a premium 9um Spark Pattern special polymer composite diaphragm, an IPX4 water resistance, and a weight of 3.6g — lighter than a sheet of A4 paper. 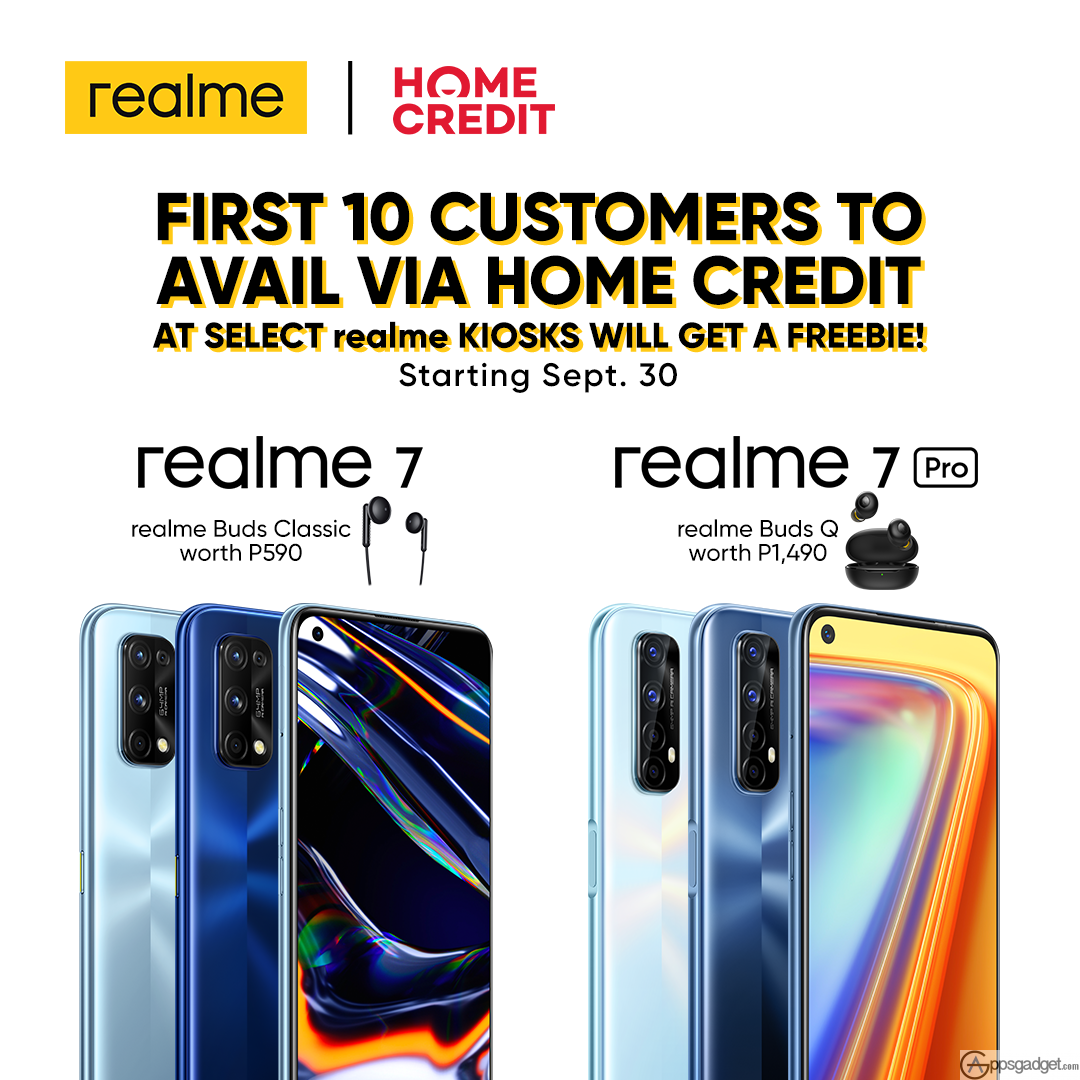 The realme 7 8GB + 128GB storage variant is available in the Philippines for just Php 14,990 while the realme 7 Pro 8GB + 128GB storage variant is priced at Php17,990. The realme Buds Q can be bagged by stylish audio lovers for just Php 1,490. In celebration of the longest holiday season in the world, realme Philippines is launching the realme 7, 7 Pro and realme Buds Q with a ton of promos available in multiple channels. 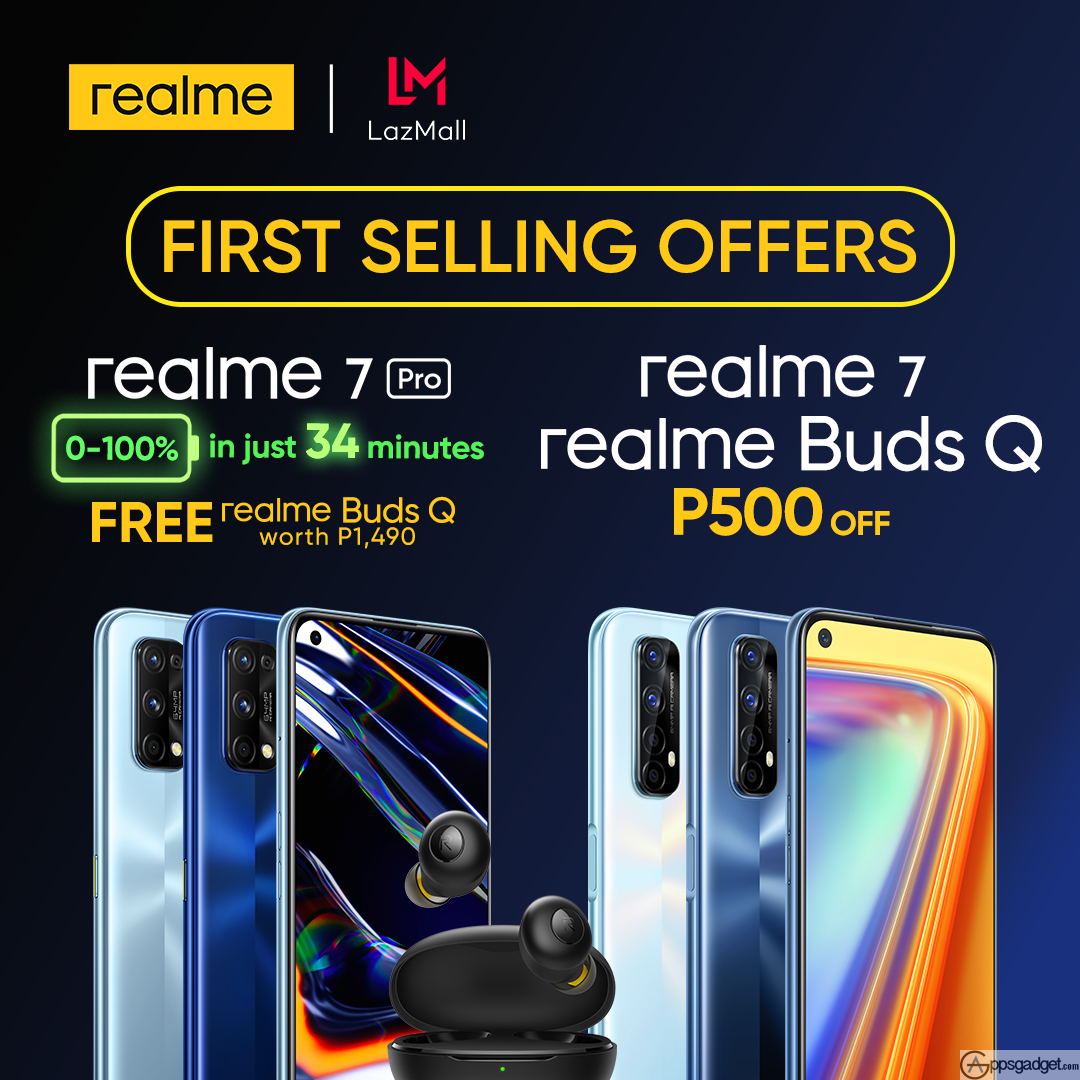 With the vision of being the smartphone of every Filipino, realme Philippines makes sure it brings top-tier technology into much more attainable price points. In line with this, the fastest-growing smartphone brand partners on the regular with the leading consumer finance company, Home Credit. Starting September 30, the realme 7 and 7 Pro can be availed with 0% interest installment plans for either six or nine months. Home Credit also has special promos for lucky purchasers of the midrange champs in select stores nationwide. The first 10 purchasers of the realme 7 Pro will be getting free realme Buds Q worth Php1,490, while the first 10 purchasers of a realme 7 will get free Buds Classic worth Php590. The participating kiosks for this promo are located at SM North EDSA, SM Megamall, SM Fairview, SM Mall of Asia, SM Calamba, SM Dasmariñas, SM Sta. Rosa, SM Manila, SM Pampanga, and SM Bicutan.

For the latest updates on realme Philippines and all of its products, fans may follow the official Facebook and Instagram accounts of the fastest-growing smartphone brand in the country.

Be the first to comment on "realme 7 and realme 7 Pro Official Launch Price, Home Credit and List of Stores Availability"