There is no stopping realme Philippines from elevating the midrange smartphone experience as it brings another champ into the price segment on September 30. Joining the realme 7 Pro in the brand’s latest number series is the realme 7, the world’s first smartphone to run on a MediaTek Helio G95 mobile processor. Poised to be the smartphone of choice of modern-day gamers and entertainment buffs, the realme 7 features a top-notch gaming processor, a 6.5-inch 90Hz ultra-smooth display, and a 2nd Gen 64MP Sony IMX682 rear quad-camera system and 16 MP in-display selfie camera.

The gaming industry is among the few industries to thrive amid the pandemic, welcoming new enthusiasts who are adapting to the new normal by having new avenues of entertainment. Game Industry Biz reported that in Q2 2020, mobile downloads shot up by 12.2 percent quarter-on-quarter and 44.4 percent year-on-year. Mobile, according to the International Data Corporation (IDC) and App Annie, is now the primary driver of growth for digital games consumption. 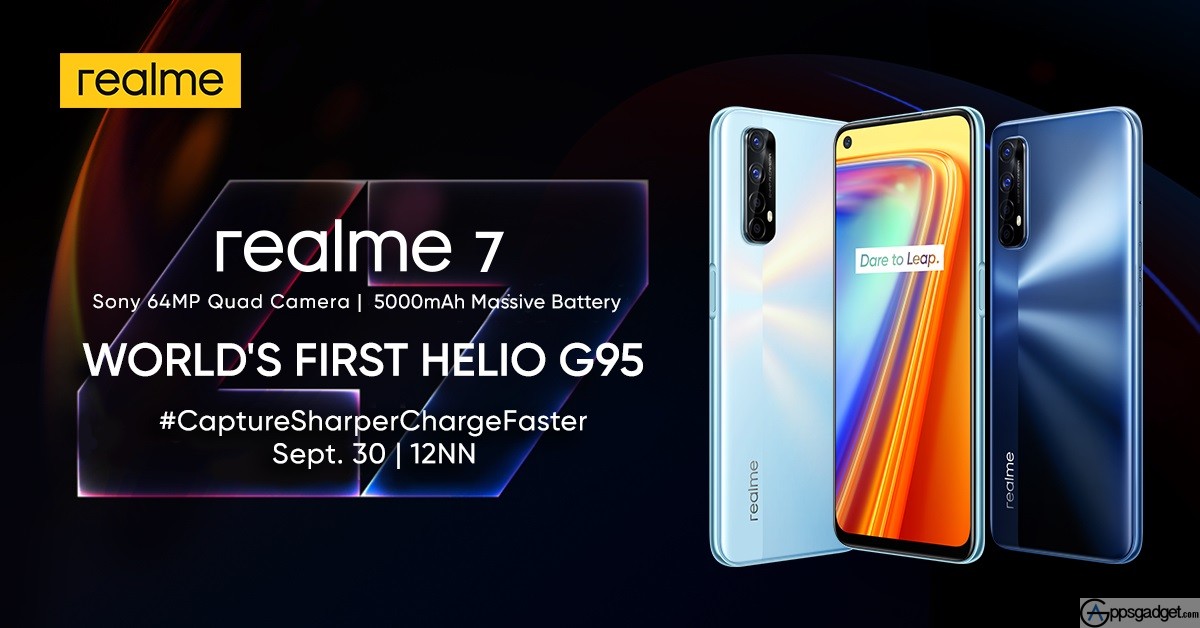 Young Filipino entertainment buffs who seek digital avenues of fun and connection – be it virtual call with friends, video streaming, or content creation – will also enjoy the technology and features of the realme 7. Its 6.5-inch 90Hz ultra-smooth display with 90Hz refresh rate ushers in an immersive and seamless visual experience. The midrange champ also features a quad-camera system composed of a 64MP 2nd Gen Sony IMX682 primary sensor with an f/1.8 lens, an 8MP ultra-wide-angle shooter, a 2MP monochrome sensor with an f/2.4 lens, and a 2MP sensor with an f/2.4 macro lens. In front, the realme 7 has a 16MP selfie camera sensor with an f/2.0 lens.

The realme 7, like the realme 7 Pro, is also the first smartphones in the world to receive a TÜV Rheinland Smartphone Reliability Verification after successfully passing 22 major tests of 12 daily-use scenarios, four components reliability and six extreme environments; and 38 minor tests.