realme is the world’s fastest brand to reach 50 million smartphone sales in just two years according to Counterpoint’s Q3 2020 smartphone shipment report. realme sped to achieving this feat in just a couple of years since its founding. In the Philippines, realme maintains its momentum as the top 2 smartphone company as it launches its new sub-brand Narzo on November 05.

realme is indeed in full throttle across the globe. The young and trendsetting brand recorded a historic high of 14.8 million quarterly shipments in Q3 2020, growing the business by 132% QoQ, surpassing analysts expectations.

According to Counterpoint, realme’s growth rate in shipment volume represents “the strongest growth momentum among major global OEMs”. realme accelerated to 50M sales because it enjoyed great success with the youth worldwide, with this segment of users making up most of its customer base. “realme grew to become one of the top 5, or even top 3, brands in its key markets, including India, Indonesia, Bangladesh, Philippines and some other Southeast Asian countries”, says Research Analyst Abhilash Kumar at Counterpoint. 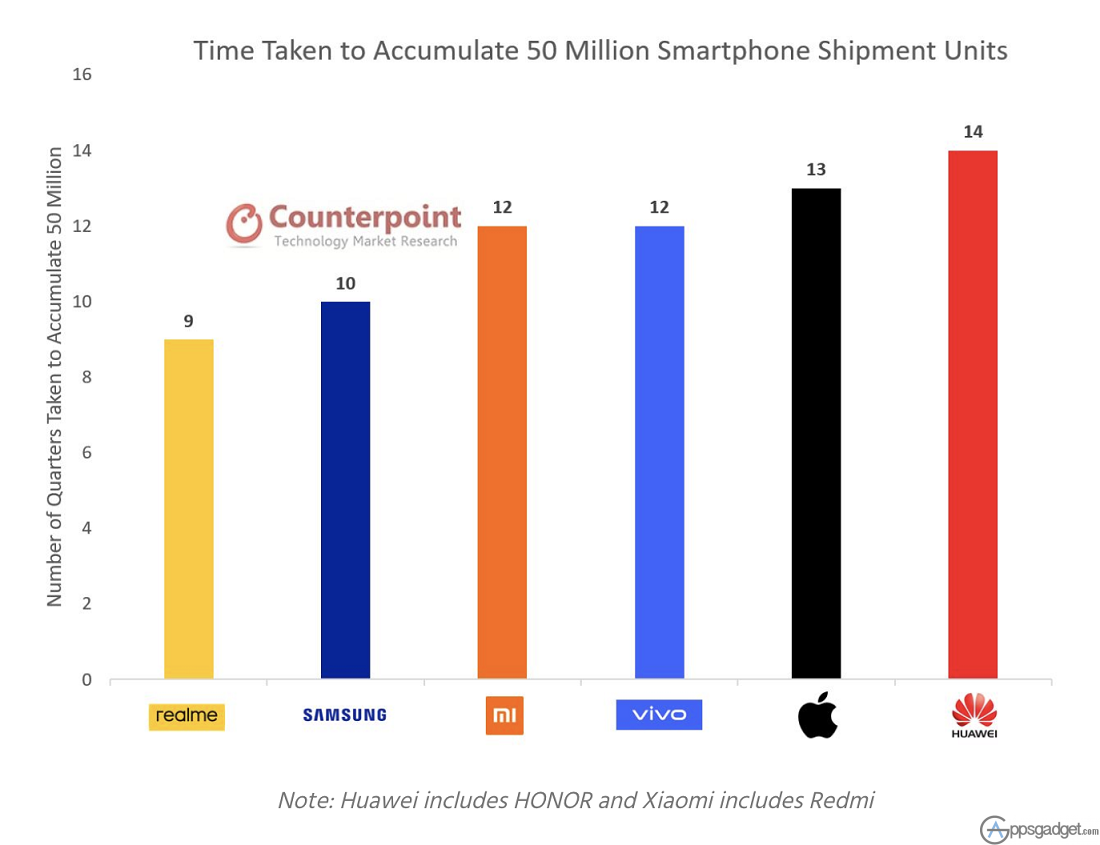 Kumar, on realme’s performance, noted that “with its efforts to bring the affordable yet premium-like products to consumers, as well as its ability to offer smooth digital shopping and after-sales services in different countries, realme has emerged as the most resilient brand during and after the pandemic crisis.” 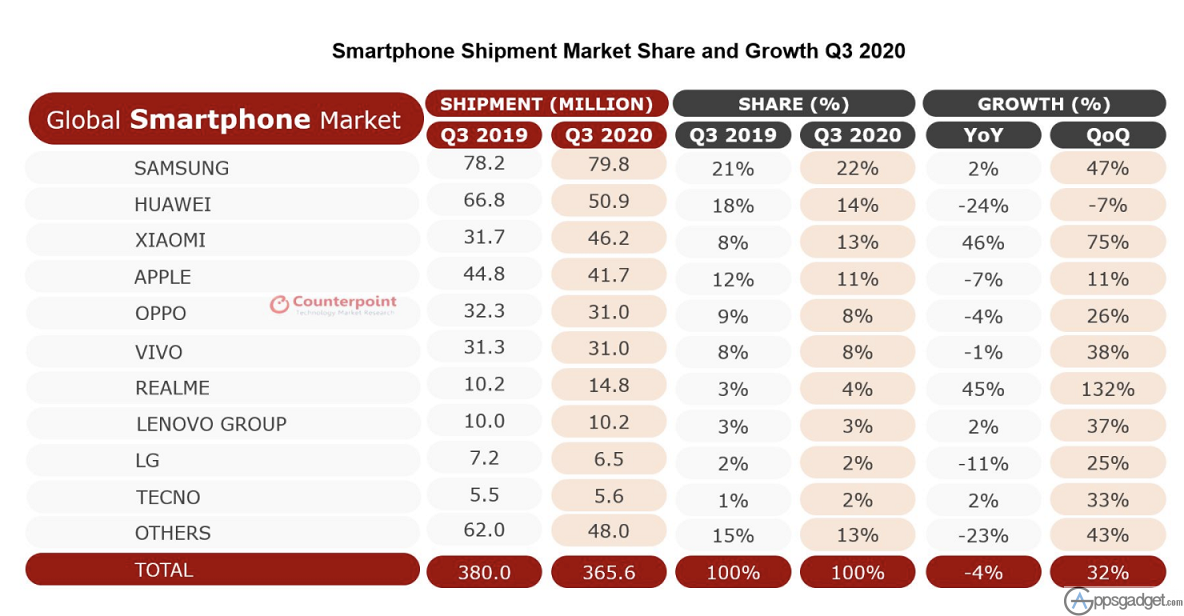 realme Philippines, considered as one of the key markets of the young brand, has catapulted to being the top 2 smartphone brand in the country in Q2 2020. This reflects the strength of the global foothold the brand has.

With the aim of being the most available and accessible brand across price segments, realme is launching its sub-brand Narzo in the Philippines on November 05. The Narzo line was first launched in India in early 2020, touted to be an array of smartphones that bring powerful processors at much more attainable price points. This particular line targets gaming buffs who are looking for gaming smartphones offered at reasonable price segments. 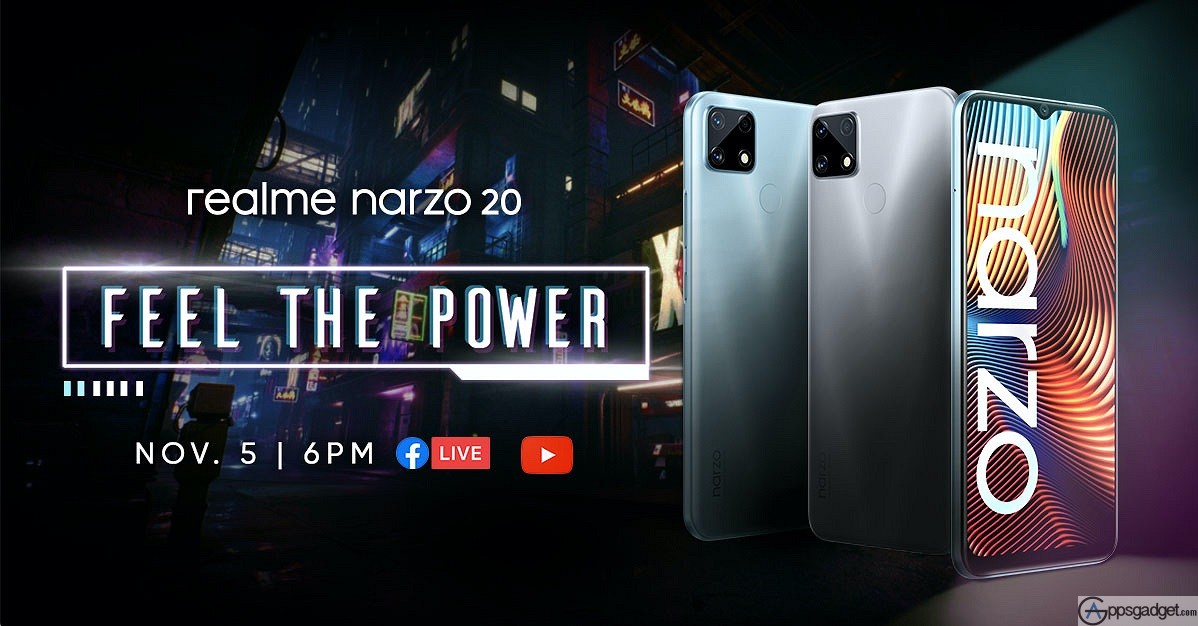 realme Philippines is launching the Narzo line with the realme Narzo 20, a competitive gaming smartphone. The realme Narzo 20 is powered by the MediaTek Helio G85, which brings 1GHz GPU and HyperEngine enhancements for gaming greatness. The gaming device also has a triple-rear camera setup headlined by a 48-megapixel primary image sensor. An immersive display will also be enjoyed by users with the Narzo 20’s 6.5-inch HD+ display with 88.7 percent screen-to-body ratio. Users need not fret over battery power as under the Narzo 20’s hood is a massive 6,000mAh mega battery with support for 18W fast charging.

Fans are invited to join the livestream launch of the new device on the official realme Facebook page and YouTube Channel at 6:00 p.m. on November 05, 2020. Exciting prizes await the online audience.