Powered by the latest AMD Ryzen™ 5th generation processors, together with the new NVIDIA® GeForce® RTX 3000 series,  ROG is ready to bring the best gaming laptops to the Philippine market starting February 2021. 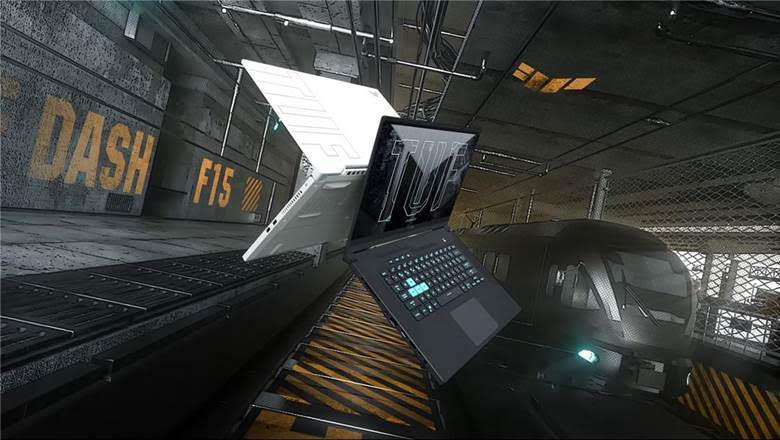 ASUS Republic of Gamers (ROG) today announced the local availability and specifications of the first wave of the titular best-performing gaming laptops from last year. Equipped with the latest AMD Ryzen™ 9 5000 series CPUs and NVIDIA® GeForce® RTX 3000 series, ROG is the first to kick-off the year with the newest renditions of the gamers’ favorites from the previous year: the ROG Zephyrus Duo 15 SE, the ROG Zephyrus G15, the ROG Strix SCAR series, and the ROG Strix G series. In addition, the brand also welcomes the arrival of the latest addition to the TUF Gaming series: the thin and light TUF Dash F15.

ASUS Philippines Country Head George Su shares, “ASUS ROG was dubbed as the number one gaming laptop worldwide in the last year. We could not have done it without the support from our community. Your loyalty is what drives us to commit to bringing the best innovation and best performance.”

For further details on the incoming products and their arrival, check out the information below:

First on the list is one of the most innovative gaming laptops ever introduced to the world—the ROG Zephyrus Duo 15 SE. With up to an AMD Ryzen™ 9 5900HX CPU with 8 cores and 16 threads to provide a substantial boost to any demanding workload, this new generation of Ryzen 5000 Series mobile processors pairs the latest Zen 3 architecture with a larger on-chip cache of up to 20MB. The new Zephyrus Duo is powered by up to the latest NVIDIA® GeForce RTX™ 3080 GPU with up to a 32G of RAM and 1TB of Raid 0 storage with 1TB of PCIE SSD, this year’s ROG Zephyrus Duo 15 SE is designed to deliver not only a more immersive gaming experience but it can also power through serious workloads like 3D rendering, content creation, and heavy multitasking.

The primary display is equipped with either a 300hz refresh rate display in an FHD resolution or a 100% Adobe RGB 4K UHD display with a fast 120Hz refresh rate. These 2 models are sure to cater to power users focused on gaming or content creation.

The critically acclaimed ROG ScreenPad Plus brings a new dimension of versatility to its user with upgraded functionalities and features with various games and productivity apps. Gaming titles such as Dying Light 2, streaming apps such as X-Split Gamecaster, and even content creation programs such as Adobe Photoshop are specifically customized in the secondary display to allow users the best multitasking capabilities and fully maximize productivity.

The ROG Zephyrus Duo 15 SE will be coming in with the following variants: 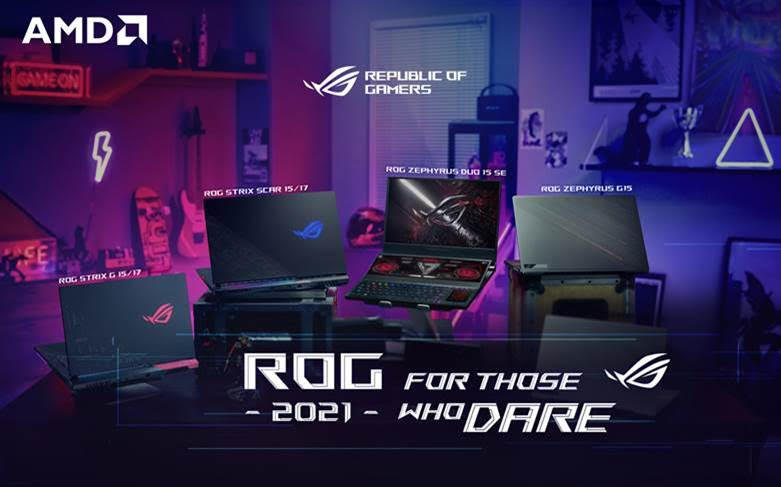 GAME FOR ANYTHING: ROG ZEPHYRUS G15

The ROG Zephyrus G15 is one of the crowd’s favorite gaming laptop in 2020. This year’s model is a total redesign with immense improvements inside and out. Now designed with the aesthetic similar to its smaller brother, the ROG Zephyrus G14, the ROG 15 now sports the classy minimalist design, coated with the prism dots and topped off with the ROG plaque at the back. The Zephyrus G15 will both be available in Moonlight White or Eclipse Gray for a clean, classy, and professional finish. The display has also been upgraded to a 100% sRGB Pantone Validated WQHD IPS display with a refresh rate of 165Hz, perfect for professionals by day, gamers by night.

Now powered up to by the latest AMD Ryzen™ 9 5900HS CPU and up to an NVIDIA® GeForce RTX™ 3080, the ROG Zephyrus G15 can deliver power and performance while in its slim-and-light, portable form factor. Together with up to 32GB of RAM and 1TB of SSD storage, this newly revamped crowd favorite can deliver for all kinds of gamers and daily users on the go.

The ROG Zephyrus G15 will be coming in with the following variants:

The new SCAR series also comes with an impressive optical-mechanical keyboard, delivering both rapid response and high durability. The new optical mechanical switches trigger uses a precise infrared laser beam, eliminating the debounce delay and reducing the response time to only 0.2 milliseconds; this allows for better tactile feedback and faster response rate. The optical mechanism is also much more durable than conventional alternatives, extending the switch’s lifetime to 100 million presses. 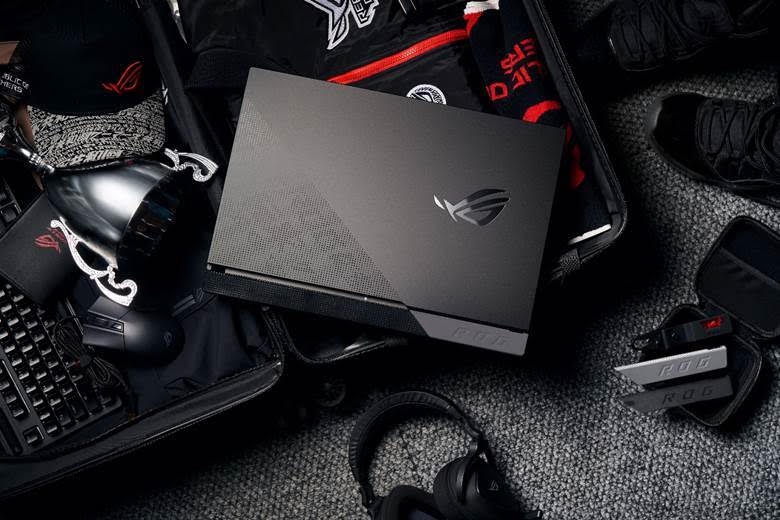 The Strix SCAR series has a whole new design. The aluminum lid is slashed with a shimmering dot matrix design created with precise electroplating. Customizable Armor Caps add a new level of personalization, allowing users modify the chassis itself. The laptops come with Rubber Grey, Translucent Black, and Spangle Silver hinge caps that can be quickly swapped.

The ROG Strix SCARs will be coming in the following variants: 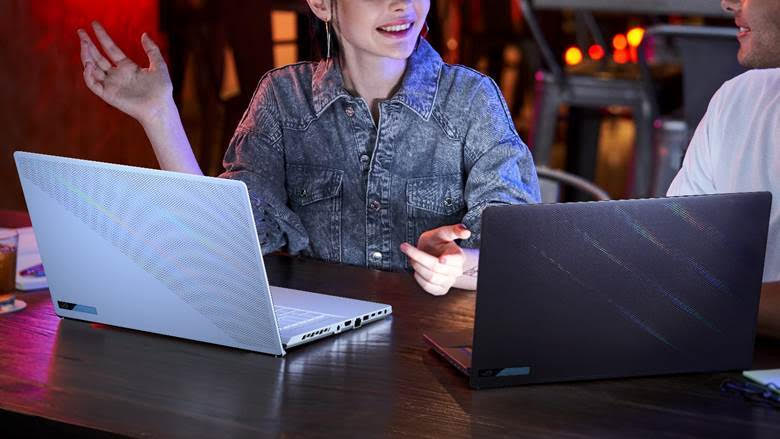 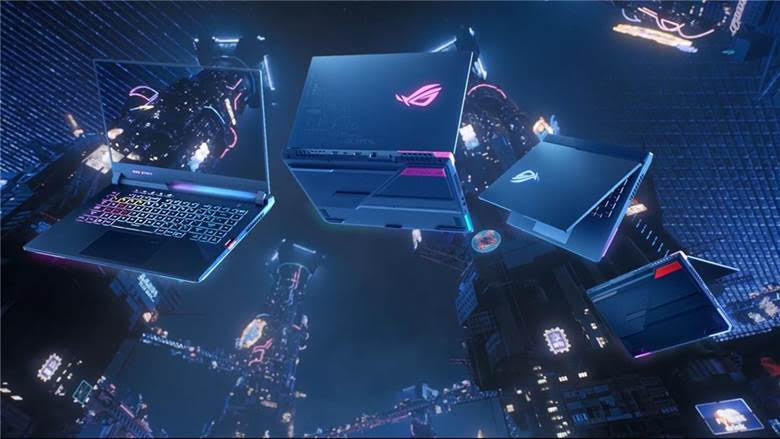 The ROG Strix G15 and G17 are perfect for gamers needing a powerful gaming laptop that is easy on the budget. With up to an AMD Ryzen™ 9 5900HX and an NVIDIA® GeForce RTX™ 3070, the ROG Strix G series is more than capable of delivering reliable performance for any kinds of work or play. Together with up to 32G of RAM and 1TB of SSD storage, the ROG Strix G15 and G17 is a powerful, yet friendlier option for all kinds of gamers. Also equipped with gaming-grade 144hz high-refresh rate panels, the ROG Strix G series is perfect for any activity, whether for hardcore gaming or multimedia consumption.

The ROG Strix Gs will be coming in with the following variants: 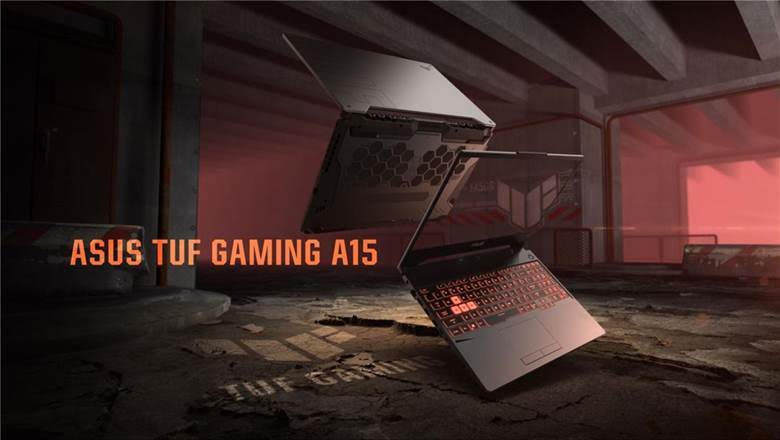 All ROG laptops this 2021 will be equipped with liquid metal cooling from Thermal Grizzly, redesigned Arc Flow fans, and a completely overhauled thermal module with four heatsinks and outlets to keep performance high and noise levels low across all configurations. Also added is the built-in Two-Way AI Noise Canceling to keep communications clear in team speak for gaming or conference calls for work.

The ASUS TUF Gaming A15 and A17 have also been updated for 2021. With up to AMD’s latest Ryzen 7 5800H mobile processor and up to an NVIDIA® GeForce® RTX 3070, the TUF Gaming series are still a great option for a midrange gaming set-up. Stay tuned for the ASUS TUF Gaming’s availability and pricing.

Another surprise is the announcement of an all new TUF – The ASUS TUF Dash F15. This is the newest model from the TUF Gaming line-up, and the first Intel® 11th generation gaming laptop to hit the market. It is a slim 15-inch device that offers a more portable, lightweight, and inclusive direction for the TUF Gaming series. Powered by the latest 11th Gen Intel® Tiger Lake CPU and newest generation of up to NVIDIA GeForce RTX™ 3070, the TUF Dash boasts power with its new slim and stylish form factor. Rounded out with up to a 144Hz refresh rate IPS display, a versatile Thunderbolt 4, and its signature military-grade durability, users get the best bang-for-the-buck value.

The TUF Dash F15 will be coming in with the following variants: 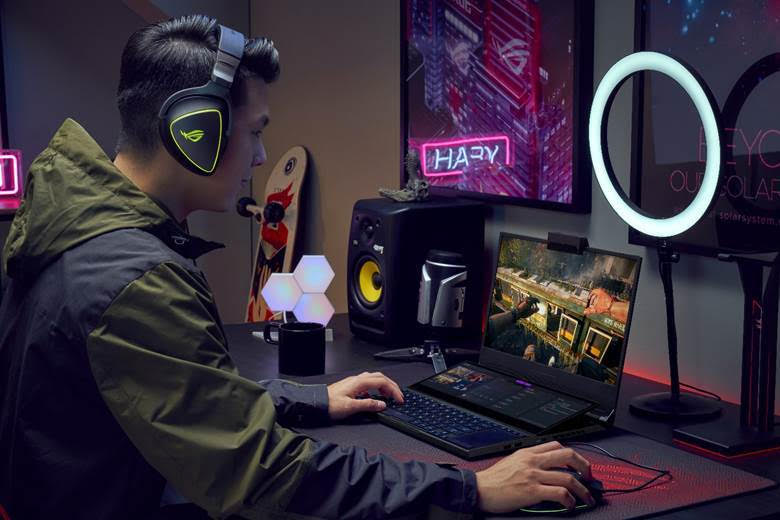 GAME ON WITH THE LATEST ROG BACKPACKS