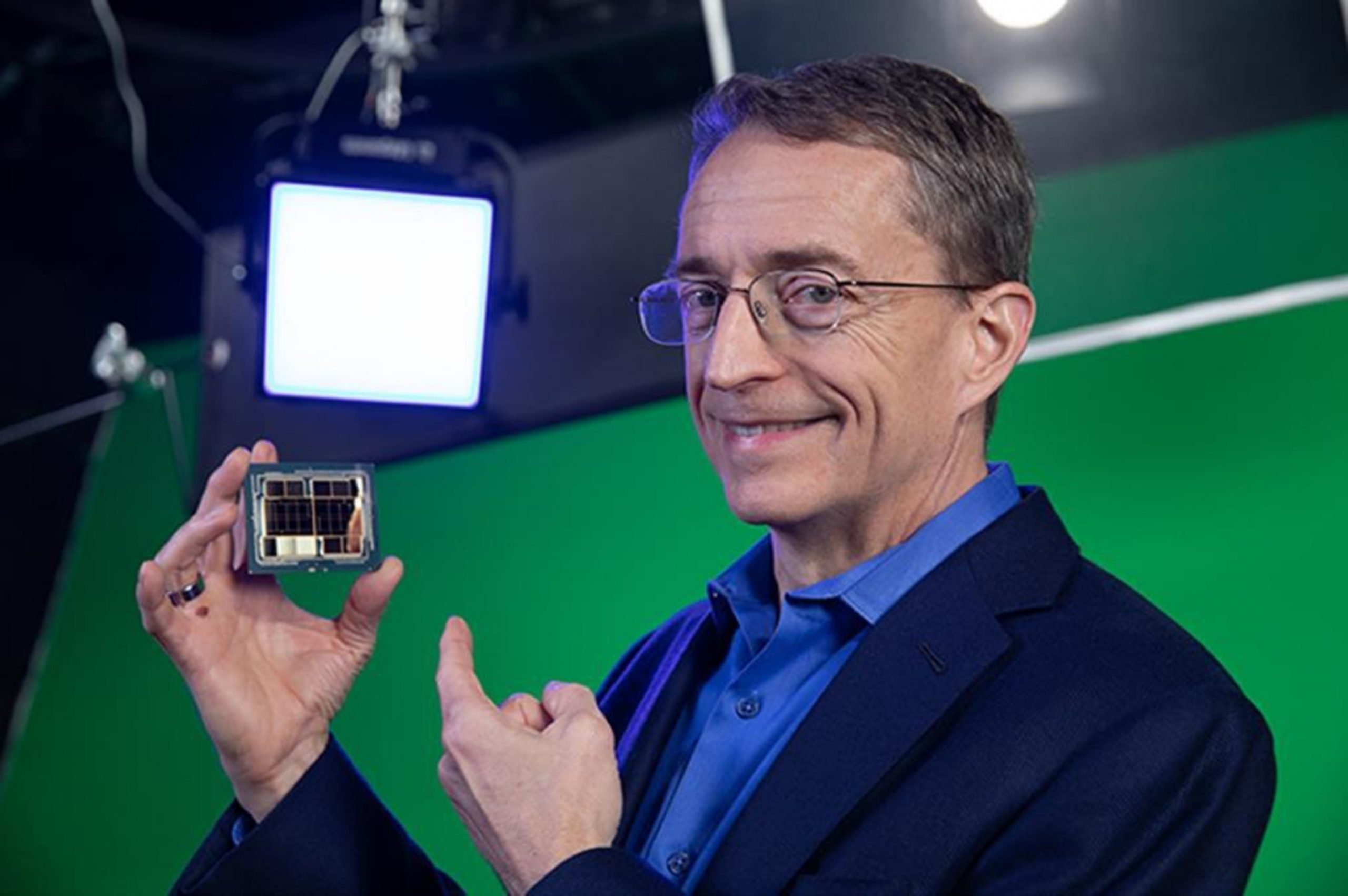 “We are setting a course for a new era of innovation and product leadership at Intel,” said Gelsinger. “Intel is the only company with the depth and breadth of software, silicon and platforms, packaging, and process with at-scale manufacturing customers can depend on for their next-generation innovations. IDM 2.0 is an elegant strategy that only Intel can deliver – and it’s a winning formula. We will use it to design the best products and manufacture them in the best way possible for every category we compete in.”

IDM 2.0 represents the combination of three components that will enable the company to drive sustained technology and product leadership:

1.    Intel’s global, internal factory network for at-scale manufacturing is a key competitive advantage that enables product optimization, improved economics and supply resilience. Today, Gelsinger re- affirmed the company’s expectation to continue manufacturing the majority of its products internally. The company’s 7nm development is progressing well, driven by increased use of extreme ultraviolet lithography (EUV) in a rearchitected, simplified process flow. Intel expects to tape in the compute tile for its first 7nm client CPU (code-named “Meteor Lake”) in the second quarter of this year. In addition to process innovation, Intel’s leadership in packaging technology is an important differentiator that enables  the  combination  of  multiple  IPs  or  “tiles”  to  deliver  uniquely  tailored  products  that  meet diverse customer requirements in a world of pervasive computing.

2.    Expanded use of third-party foundry capacity. Intel expects to build on its existing relationships with third-party foundries, which today manufacture a range of Intel technology – from communications and connectivity to graphics and chipsets. Gelsinger said he expects Intel’s engagement with third- party  foundries  to  grow  and  to  include  manufacturing  for  a  range  of  modular  tiles  on  advanced process technologies, including products at the core of Intel’s computing offerings for both client and data center segments beginning in 2023. This will provide the increased flexibility and scale needed to optimize Intel’s roadmaps for cost, performance, schedule and supply, giving the company a unique competitive advantage.

3.    Building a world-class foundry business, Intel Foundry Services. Intel announced plans to become a major provider of U.S.– and Europe-based foundry capacity to serve the incredible global demand for  semiconductor  manufacturing.  To  deliver  this  vision,  Intel  is  establishing  a  new  standalone business unit, Intel Foundry Services (IFS), led by semiconductor industry veteran Dr. Randhir Thakur, who will report directly to Gelsinger. IFS will be differentiated from other foundry offerings with a combination of leading-edge process technology and packaging, committed capacity in the U.S. and Europe, and a world-class IP portfolio for customers, including x86 cores as well as ARM and RISC-V ecosystem IPs. Gelsinger noted that Intel’s foundry plans have already received strong enthusiasm and statements of support from across the industry.

To accelerate Intel’s IDM 2.0 strategy, Gelsinger announced a significant expansion of Intel’s manufacturing capacity, beginning with plans for two new fabs in Arizona, located at the company’s Ocotillo campus. These fabs will support the increasing requirements of Intel’s current products and customers, as well as provide committed capacity for foundry customers.

This build-out represents an investment of approximately $20 billion, which is expected to create over 3,000 permanent high-tech, high-wage jobs; over 3,000 construction jobs; and approximately 15,000 local long- term jobs. Today, Arizona Gov. Doug Ducey and U.S. Secretary of Commerce Gina Raimondo participated with Intel executives in the announcement. Gelsinger commented: “We are excited to be partnering with the state of  Arizona  and  the  Biden  administration  on  incentives  that  spur  this  type  of  domestic  investment.”  Intel expects to accelerate capital investments beyond Arizona, and Gelsinger said he plans to announce the next phase of capacity expansions in the U.S., Europe and other global locations within the year.

Intel plans to engage the technology ecosystem and industry partners to deliver on its IDM 2.0 vision. To that end, Intel and IBM today announced plans for an important research collaboration focused on creating next– generation logic and packaging technologies. For more than 50 years, the two companies have shared a deep commitment to scientific research, world-class engineering and a focus on bringing advanced semiconductor technologies to market. These foundational technologies will help unleash the potential of data and advanced computation to create immense economic value.

Leveraging  each  company’s  capabilities  and  talent  in  Hillsboro,  Oregon,  and  Albany,  New  York,  this collaboration aims to accelerate semiconductor manufacturing innovation across the ecosystem, enhance the competitiveness of the U.S. semiconductor industry and support key U.S. government initiatives.

Finally, Intel is bringing back the spirit of its popular Intel Developer Forum event this year with the launch of Intel On, a new industry event series. Gelsinger encouraged technology lovers to join him at this year’s Intel Innovation event planned for October in San Francisco. 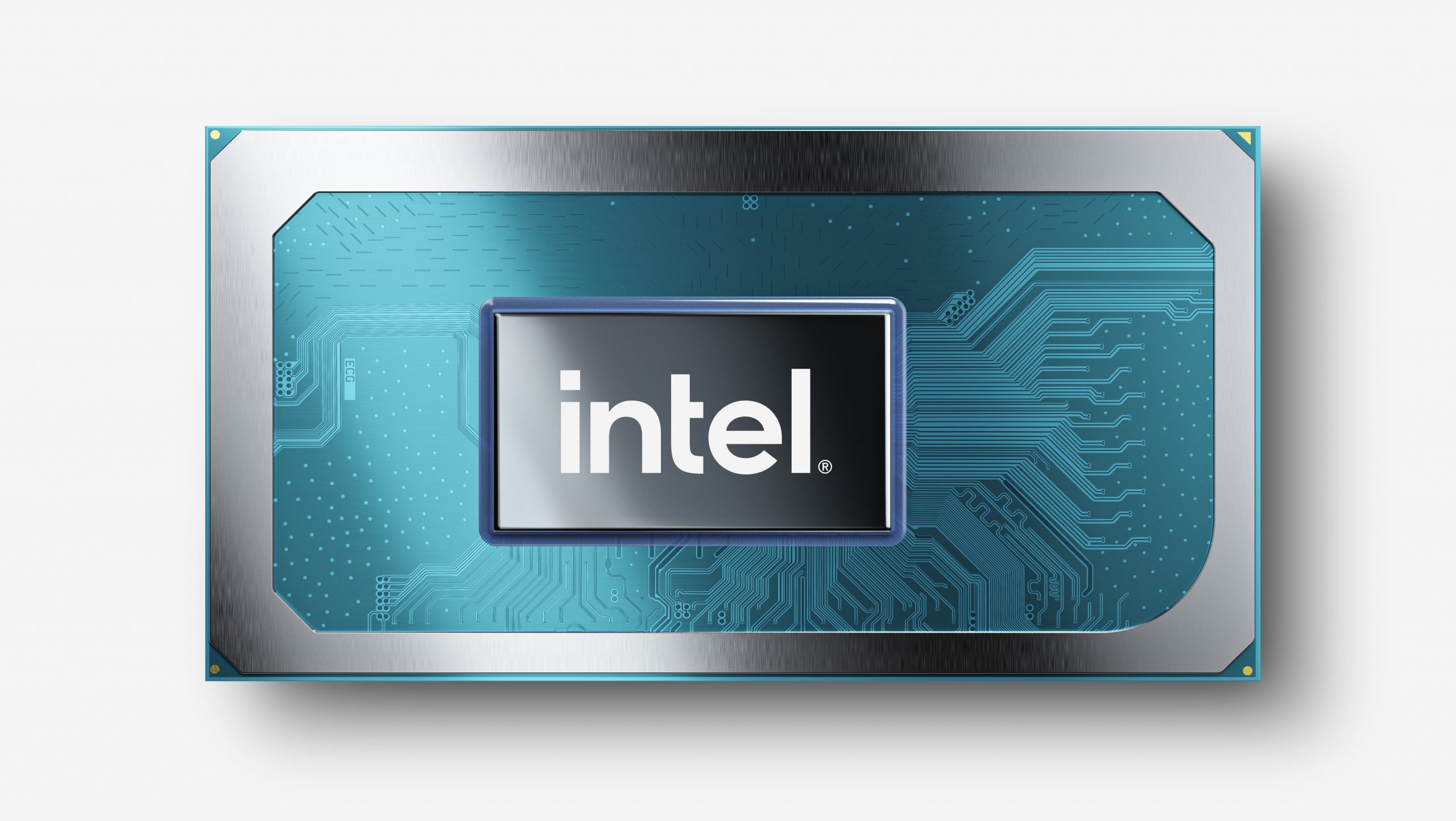 About the Diversity of Designs with Broad Availability: 11th Gen Intel Core Mobile H-series and Intel Xeon W-11000 series processors will power more than 80 enthusiast laptop designs across consumer, commercial and workstation segments this year. With more than one million 11th Gen H-series processors shipped to Intel partners worldwide by launch, whether it’s for high-refresh gaming, robust content creation or mobile workstations, no one offers people more choices and availability when it comes to mobile computing. 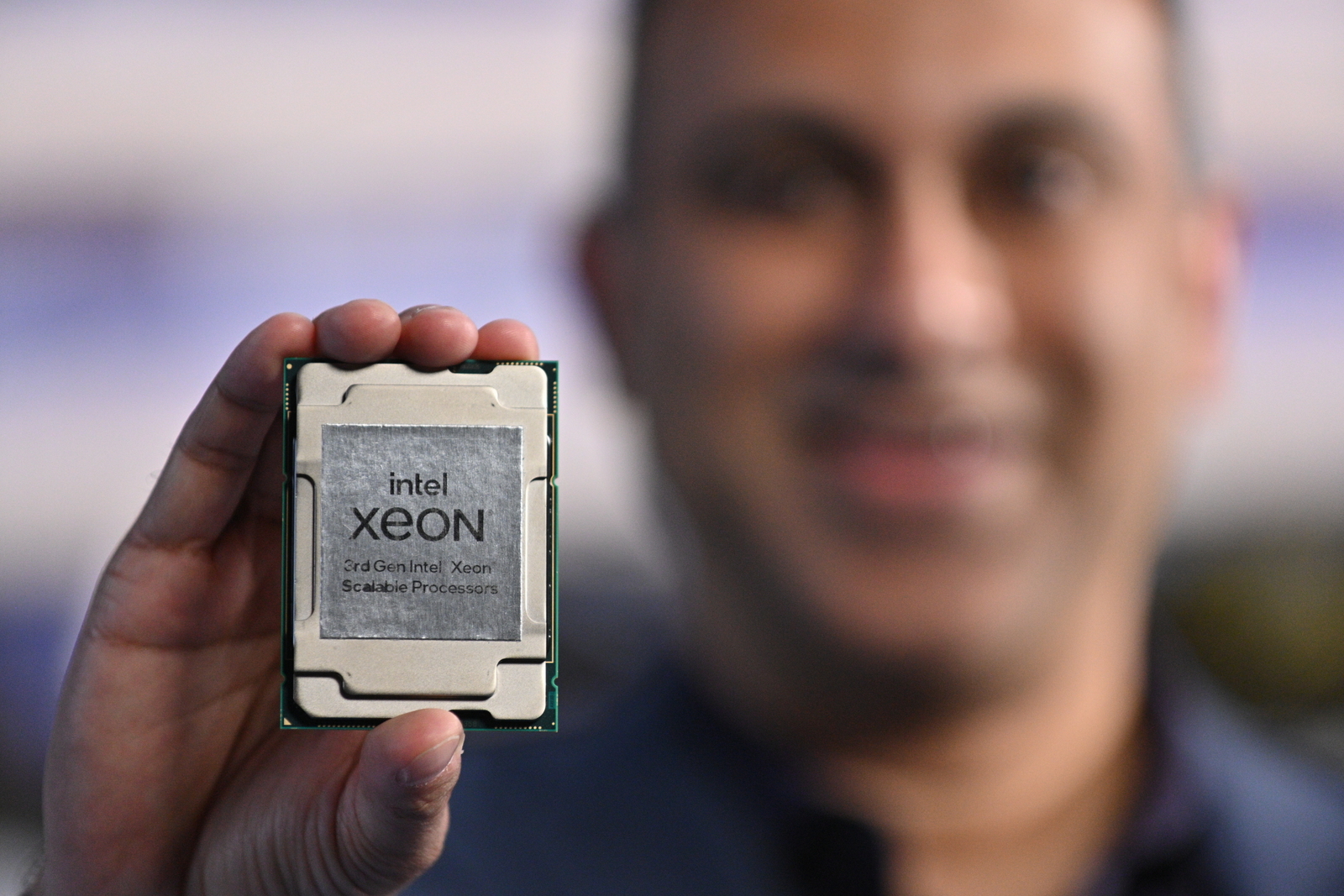 Intel today launched its most advanced, highest performance data center platform optimized to power the industry’s broadest range of workloads — from the cloud to the network to the intelligent edge. New 3rd Gen Intel Xeon Scalable processors (code-named “Ice Lake”) are the foundation of Intel’s data center platform, enabling customers to capitalize on some of the most significant business opportunities today by leveraging the power of AI.

“Our 3rd Gen Intel Xeon Scalable platform is the most flexible and performant in our history, designed to handle the diversity of workloads from the cloud to the network to the edge,” said Navin Shenoy, executive vice president and general manager of the Data Platforms Group at Intel. “Intel is uniquely positioned with the architecture, design and manufacturing to deliver the breadth of intelligent silicon and solutions our customers demand.”

Leveraging Intel 10 nanometer (nm) process technology, the latest 3rd Gen Intel Xeon Scalable processors deliver up to 40 cores per processor and up to 2.65 times higher average performance gain compared with a 5-year-old system. The platform supports up to 6 terabytes of system memory per socket, up to 8 channels of DDR4-3200 memory per socket and up to 64 lanes of PCIe Gen4 per socket.

New 3rd Gen Intel Xeon Scalable processors are optimized for modern workloads that run in both on-premise and distributed multicloud environments. The processors provide customers with a flexible architecture including built-in acceleration and advanced security capabilities, leveraging decades of innovation.

Our latest 3rd Gen Xeon Scalable platform is optimized for a wide range of market segments — from the cloud to the intelligent edge. 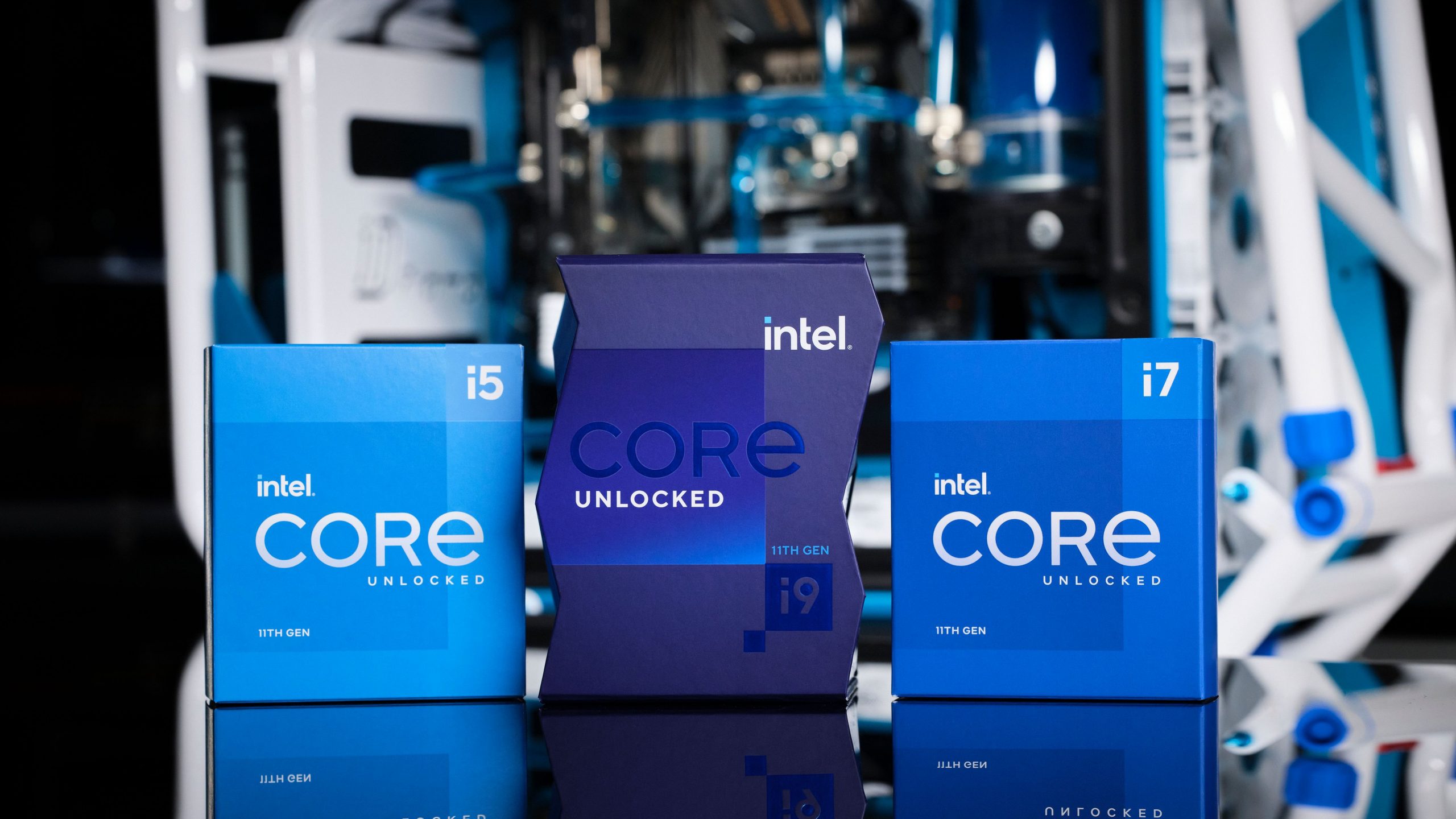 Engineered on the new Cypress Cove architecture, 11th Gen Intel Core S-series desktop processors are designed to transform hardware and software efficiency and increase raw gaming performance​. The new architecture brings up to 19% gen-over-gen instructions per cycle (IPC) improvement2 for the highest frequency cores and adds Intel® UHD graphics featuring the Intel® Xe graphics architecture for rich media and intelligent graphics capabilities. That matters because games and most applications continue to depend on high-frequency cores to drive high frame rates and low latency.

Designed to Game: With its new 11th Gen desktop processors, Intel continues to push desktop gaming performance to the limits and deliver the most amazing immersive experiences for players everywhere.

At the top of the stack is the 11th Gen Intel Core i9-11900K, featuring unmatched performance with up to 5.3 gigahertz, eight cores, 16 threads and 16 megabytes of Intel® Smart Cache. The unlocked 11th Gen Intel Core desktop processor supports fast memory speeds with DDR4-3200 to help enable smooth gameplay and seamless multitasking on this platform.

Improvements in this generation include:

Through close collaboration with more than 200 of the top game developers, Intel brings a host of game, engine, middleware and rendering optimizations to applications so they can take advantage of 11th Gen Intel® Core™ S-series processors to deliver exciting gaming experiences.