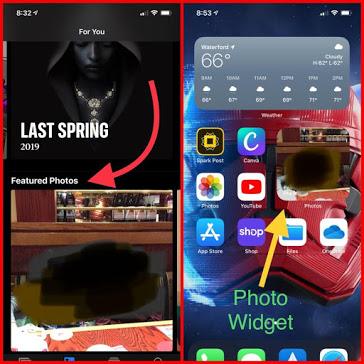 What are widgets in iOS 14:

In iOS 14 Apple have released visits in all new dimensions, now you can please visit in your home screen and can control which app preview you would like to see there. It’s likely that more and more have developer will come up for Widget support for user experience.

There are lots of widgets available and most famous one is photo Widget.  This is a great inbuilt widget which will show you memorable pics from your iPhone. There are three sizes available in photo widget that you can place on your iPhone home screen in iOS 14.

How To Add Photo Widget:

Since you cannot set a particular image as a featured image in photo Widget,

Hopefully above mentioned steps help see you narrow down your selection as featured image in photo visit on iOS 14.

Be the first to comment on "Photo widget : How to add feature image and select photos"