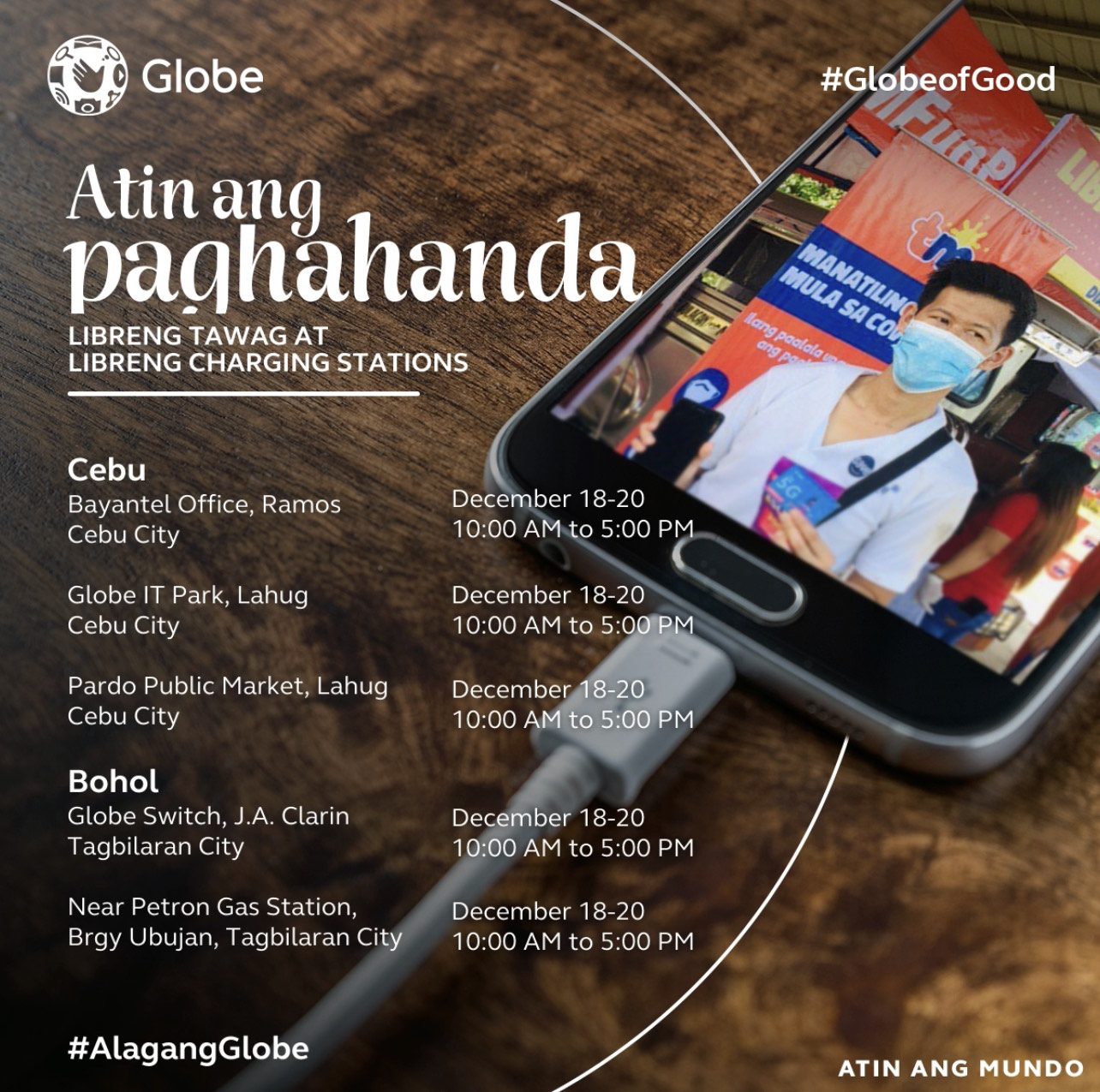 To help communities affected by typhoon Odette, Globe has set up more Libreng Tawag and Libreng Charging (LTLC) stations in the Visayas and Mindanao regions.  At least  16 stations are now operational to help families connect with their loved ones. 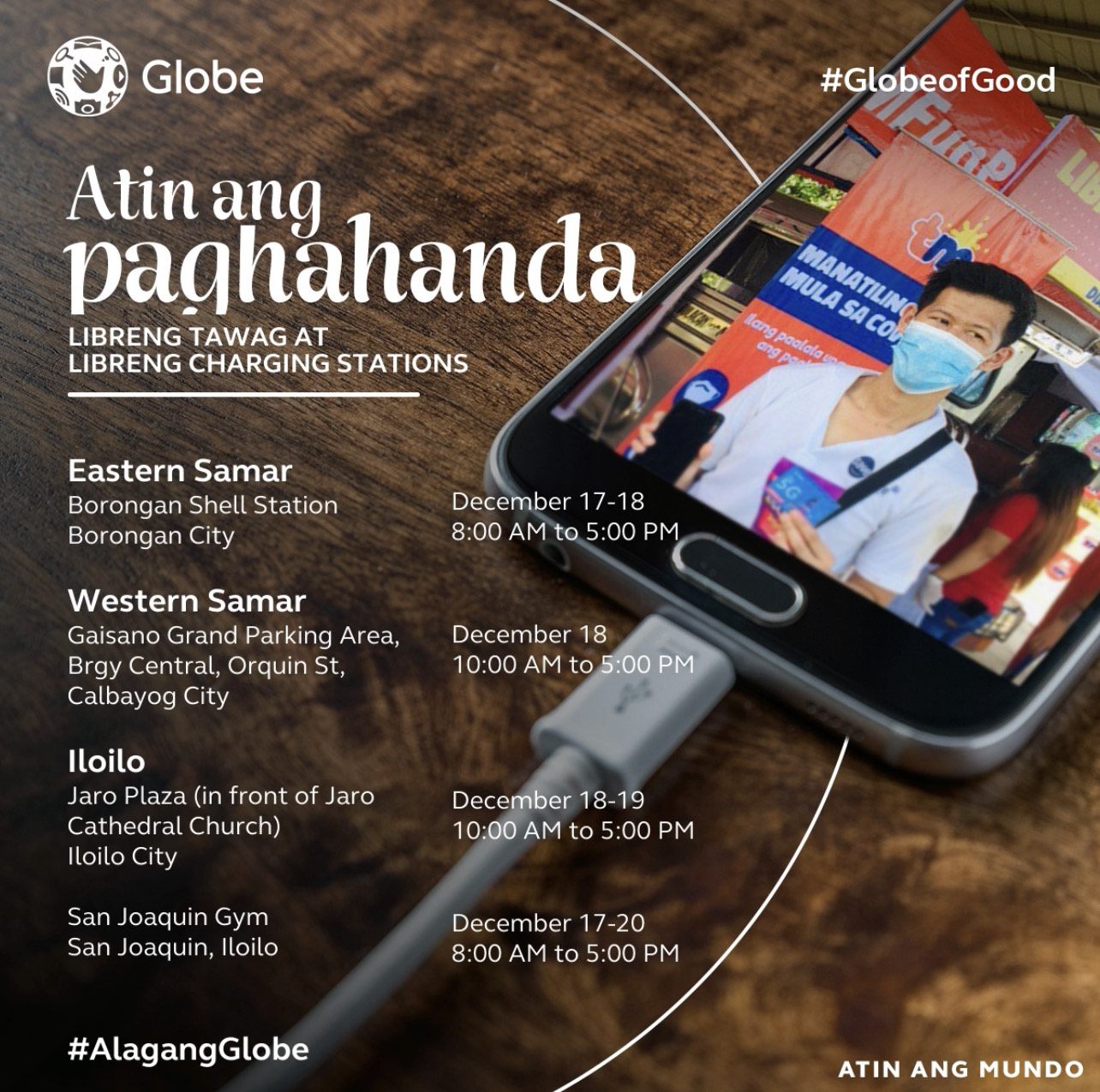 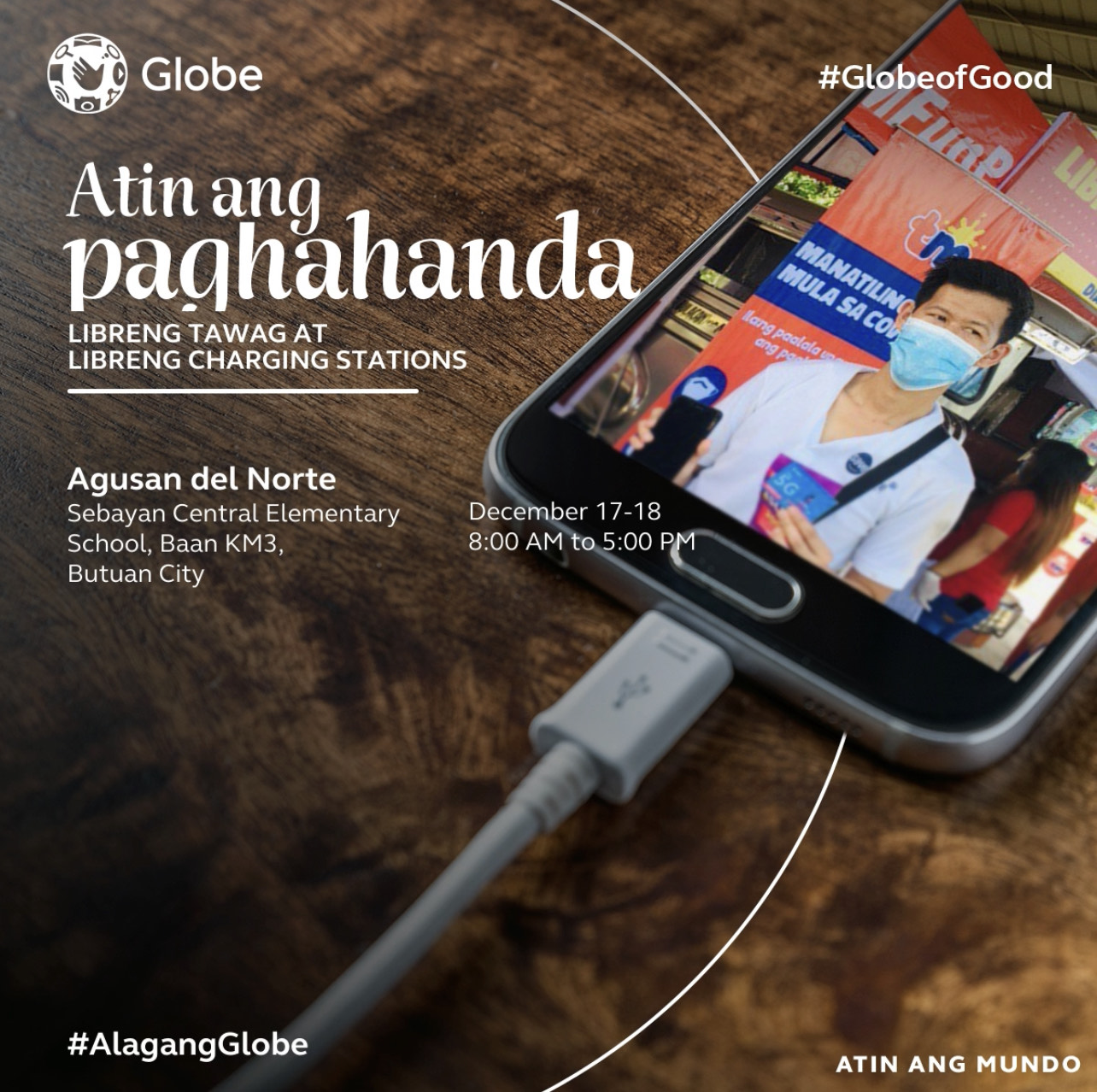 Ongoing service restorations in various areas affected by the typhoon have been hampered by the prolonged lack of commercial power.  Cell sites equipped with alternate power such as gensets need to be refilled.  However, deliveries of supplies are also hampered by roadblocks.

In the aftermath of typhoon Odette, about 40 towers were affected across Visayas and Mindanao.  The highest  impact were reported in Cebu, Negros, Bohol and Leyte.  There were about 20 towers badly hit  in Cebu. 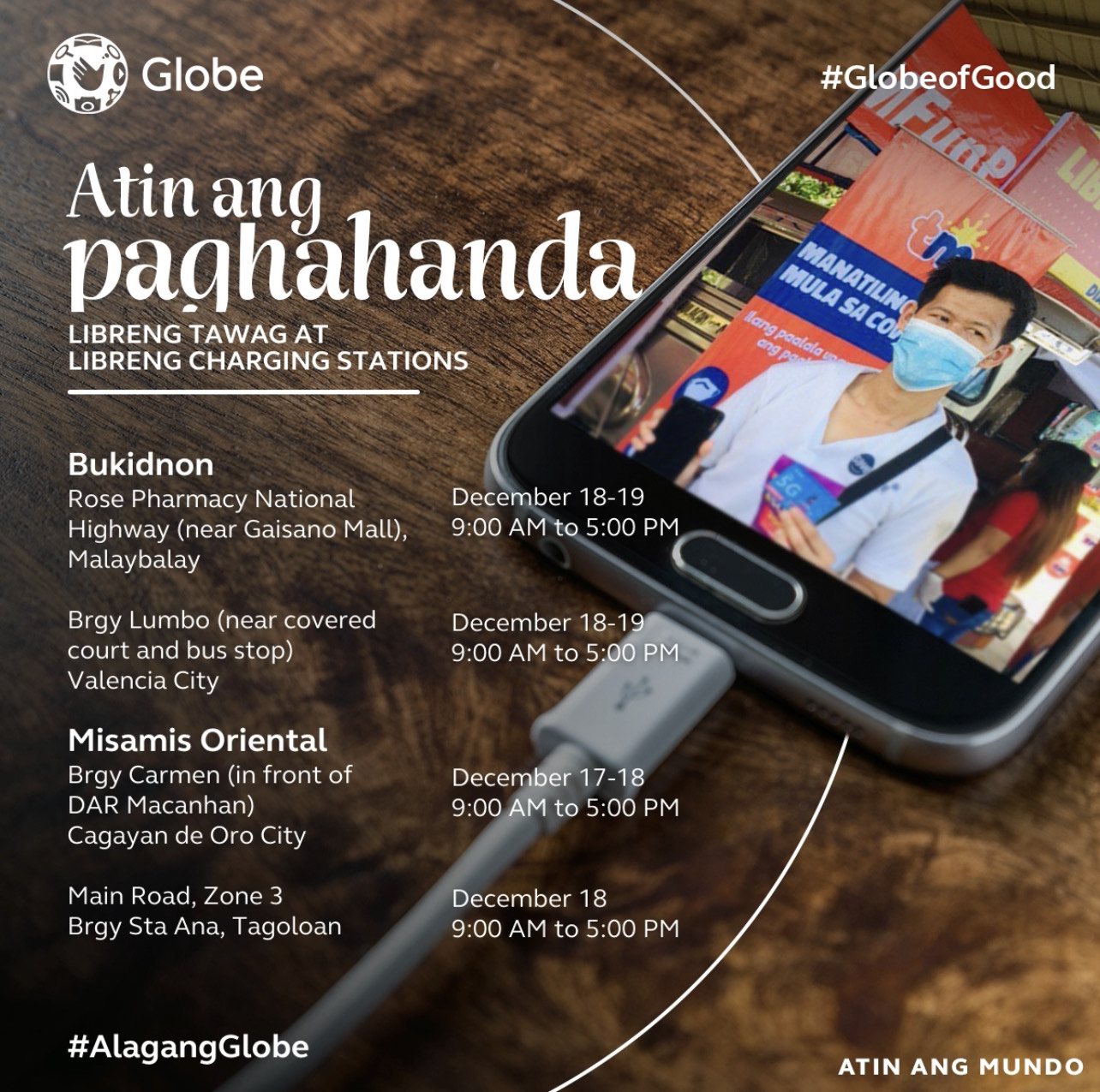 Donation channels through the new GlobeOne app and GCash app are open for customers who may want to support relief operations.  Partner organizations include Ayala Foundation Inc., GMA Kapuso Foundation, and Rise Against Hunger Philippines.

For more information on Libreng Tawag and Libreng Charging stations set up in the affected areas, please visit: www.facebook.com/GlobeBridgeCom.

To access #GCashGivesBack QR Codes of partner-beneficiaries, you may make donations by scanning those in this LINK

Related Topics:
Up Next