The country’s no. 1 smartphone brand for three consecutive quarters in 2021 dominated various tech categories during the recently concluded 12.12 sale on

both Lazada and Shopee.

2021 has been nothing short of incredible for realme Philippines as it has achieved countless milestones that solidify its position in the industry. With the year coming to a close, the country’s no. 1 smartphone brand for the past three consecutive quarters once again showcased real strength with a successful 12.12 performance on both Lazada and Shopee. 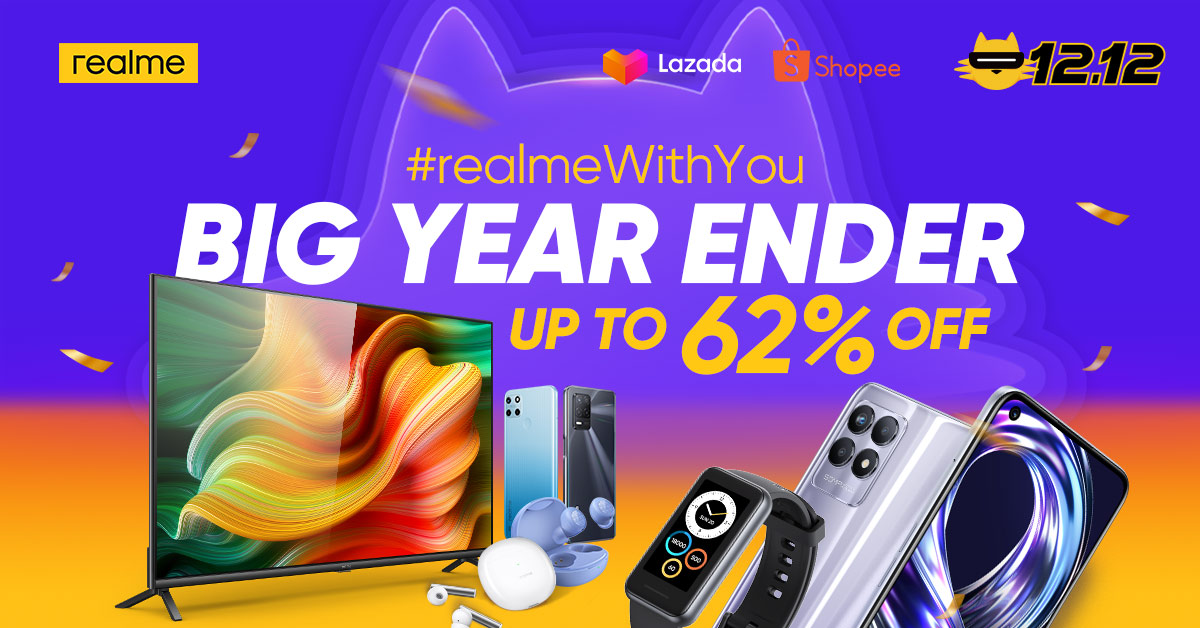 Dubbed as realme’s Big Year-Ender Sale, the brand’s 12.12 campaign proved its commitment to providing the best digital lifestyle experience to every Filipino and becoming one with the Squad this holiday season. realme offered discounts of as much as 62% OFF on selected smartphones and TechLife devices, along with other deals such as free shipping, and giveaways during its livestream series on both platforms.

On Shopee, realme dominated the electronics category as it emerged as the no. 1 best-selling brand for mobiles and tablets based on units sold. The brand’s first-ever tablet, the realme Pad, which was launched in October, emerged as the no. 1 best-selling tablet during the one-day sale on the platform. In addition, the brand also ranked third in the wearables category. Overall, realme’s performance on Shopee was a step-up from last year’s 12.12 campaign as it recorded a 50% year-over-year growth in overall campaign sales.

Meanwhile, the brand also achieved massive success on Lazada with a similar no. 1 ranking for mobiles and tablets on the first day of the sale, and a no. 2 ranking for overall Electronics category on LazMall. Among the top-selling smartphones during the campaign were the ever-reliable realme C25-Y, and the #EntryLevelGamingChampion narzo 50A, which was noted to have sold 1,100 units in only 11 minutes. In addition, the brand performed well in the audio segment, ranking third in the category. realme also managed to achieve the fourth spot in the TV category, despite being a relatively new player with its first-ever Smart TV launched earlier this year. 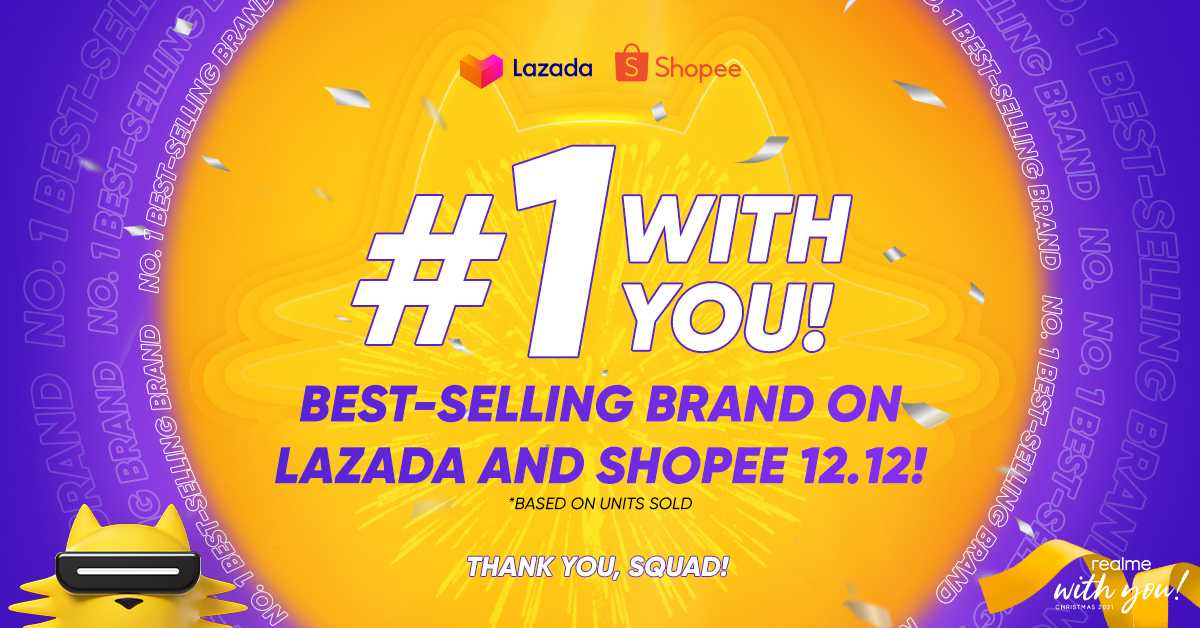 These milestones once again proves the three-year-old brand’s steady momentum and foothold within the e-commerce landscape. “We are truly happy to be one with our Squad this holiday season. We could not have achieved our recent 12.12 success if it weren’t for the love and support of everyone part of the realme community. Rest assured, we will continue to give our all to be the best tech and lifestyle companion of every Filipino,” shares Austine Huang, realme Philippines’ VP for Marketing.

While the 12.12 Big Year-End Sale has come to a close, there’s still some exciting news the Squad can look forward to! Everyone who purchased any realme device with a minimum worth of P5,000 from November 15 until January 2, 2022 via realme’s Official Lazada and Shopee store will earn an e-raffle ticket for the #realmeWithYou Christmas Raffle Promo. Shop now and get the chance to WIN realme TechLife prizes, and the all-new Mitsubishi Mirage G4. To register and check the complete mechanics, visit https://bit.ly/realmeWithYouRegister