realme, the PH’s no. 1 smartphone brand for three consecutive quarters in 2021 (based on Canalys and IDC sell-in data Q1-Q3 2021), recently announced that its widely popular Number Series has officially reached 40 million in worldwide sales volume, according to global research firm Strategy Analytics.

The firm reports that the Number Series’ consolidated volume of 40 million units worldwide is reflective of the young brand’s growing position within the global tech industry, currently ranking fourth among “New Age Smartphone Families” in the world.  realme was able to achieve this milestone in less than four years since its launch in 2018, making the Number Series one of the fastest Android smartphone product lines to have reached the 40-million mark.

As one of realme’s most well-loved lineups, the Number Series serves as a testament to the brand’s commitment to offering quality innovation at an accessible price. Headlined by the realme 8 Series launched in the Philippines in 2021, the lineup has consistently performed well in the mid-range segment year after year. In addition, according to Strategy Analytics, the Number Series has been pivotal to its scale-up to be the fastest brand ever to ship 100 million units in the entire history of the smartphone. 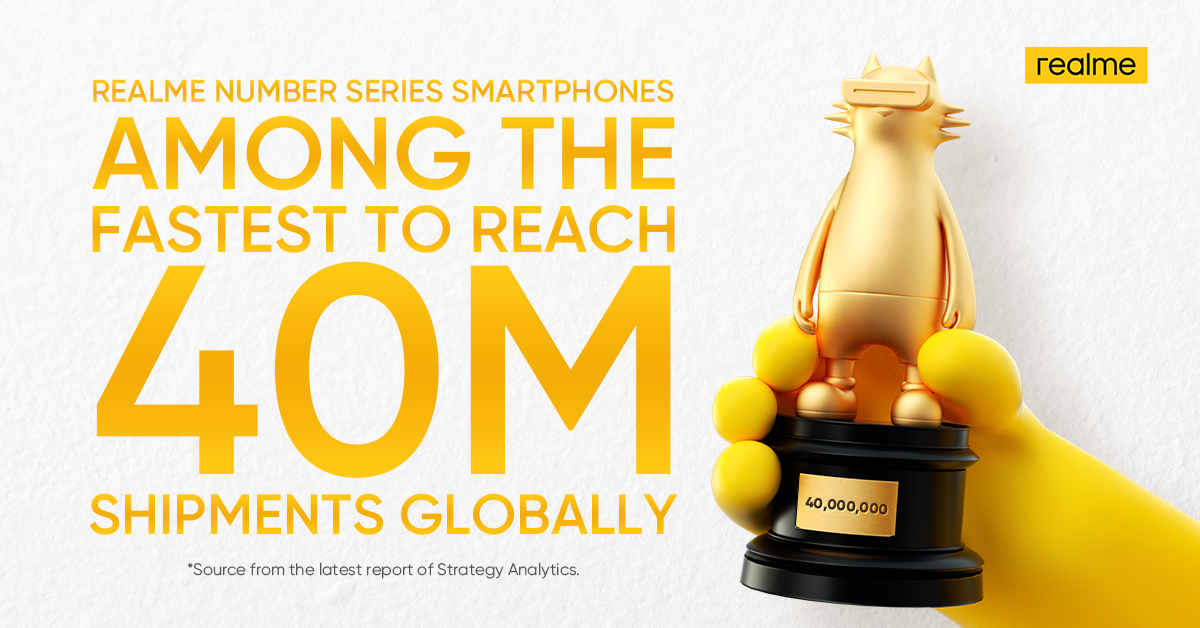 This achievement further proves realme’s strong and steady momentum across the globe. In the Philippines, the brand has consistently ranked no. 1 for the first three quarters of 2021, based on sell-in data by research firms Canalys and IDC.

With all these achievements, realme is looking to continue this growth by delivering the best tech and lifestyle experience to the youth around the world.

For more information and updates, be sure to follow realme on Facebook at www.facebook.com/realmePhilippines or visit www.realme.com.ph.