Advent Technologies Holdings, Inc. (NASDAQ: ADN) (“Advent“ or the “Company”), an innovation-driven leader in the fuel cell and hydrogen technology space, is pleased to announce that – within the framework of its long-lasting collaboration with Globe Telecom, Inc. (Globe) – it is currently upgrading Globe’s rooftop sites in the Philippines with 10kW SereneU fuel cell systems, enabling Globe to reach its ambitious targets for reduced CO2 emissions.

Morten Hougaard Sørensen, Senior Vice President, Advent Technologies A/S. said, “We have been working with Globe since the beginning of their transition to greener operations, incorporating the use of fuel cells in their cell sites for both rural and urban areas, as well as their ongoing upgrades for 5G networks.”

Advent’s SereneU fuel cells produce fewer emissions than traditional generator sets, and operate silently, thereby providing a system with a low footprint to surrounding areas and people. Depending on the fuels used, the systems can become close to CO2 neutral, as well as become easier to store and transport. Advent’s SereneU systems also have higher temperature and environmental conditions tolerance, ensuring uninterrupted back-up power and stronger resilience against natural calamities such as typhoons, monsoon rains, and even long dry seasons. 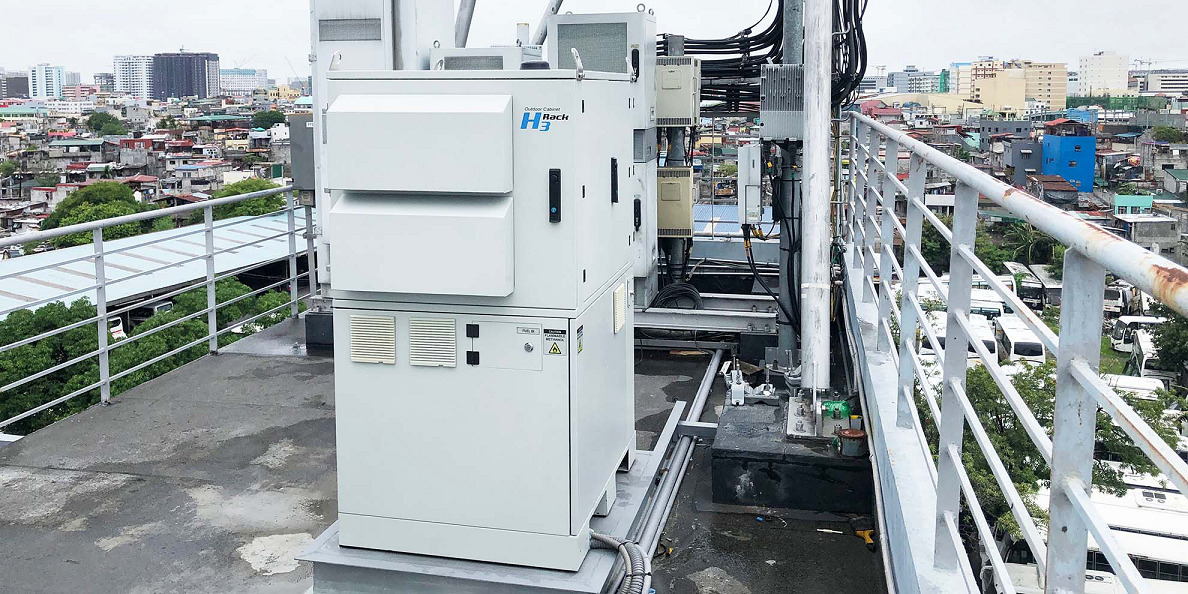 Dr. Vasilis Gregoriou, Advent’s Chairman and Chief Executive Officer, stated, “We see Globe as a highly committed partner, not only to the mission of transitioning to green technologies, but also in establishing their independent organizational know-how and technical expertise to lead projects, install and operate fuel cells. We are happy to be a part of their mission, as the process and results of our collaboration grow stronger and stronger.”

By using fuel cells in its green transition, Globe complies not only with regulations and its own ambitions for best environmental practices but also secures several competitive advantages. In June 2021, Globe became the first and currently only Philippine company listed by the Science-Based Target initiative (SBTi) to commit to Business Ambition for 1.5 degrees Celsius and has officially joined as a participant in the #RacetoZero Campaign.

Globe’s commitment to establishing science-based targets and net-zero emissions by 2050 is in line with the Paris Agreement and #RacetoZero. The Paris Agreement aims to limit global warming to 1.5 degrees Celsius compared to pre-industrial levels. Race to Zero is the UN-backed global campaign rallying non-state stakeholders to take rigorous and immediate action to halve global emissions by 2030 and deliver a healthier, fairer zero-carbon world by 2050.

All of Globe’s initiatives in the green transition reflect its commitment to the United Nations Sustainable Development Goals (SDG), including SDG 12 “Sustainable Consumption and Production”—which is about achieving economic growth and sustainable development by urgently reducing the ecological footprint. It is also about decoupling economic growth from environmental degradation, increasing resource efficiency, and promoting sustainable lifestyles by changing the way people produce and consume goods and resources. Finally, Globe embraces the SDG 13 “Climate Action” to take urgent action to combat climate change and its impact on lives and livelihoods due to climate emergencies.

Globe President and Chief Executive Officer, Ernest Cu, said, “In support of the Race to Zero global campaign, Globe continues to innovate and collaborate with partners to integrate sustainability and champion energy efficiency throughout the entire organization. Our partnership with Advent in implementing renewable energy solutions has led us to achieve great things in our sustainability journey. Through our continued efforts, we will further shift Globe’s energy reliance towards renewable sources and decarbonized operations.”