AI-powered Dong Dong, makes her debut to engage with Olympic fans during livestreaming

Alibaba Group, a Worldwide TOP Partner of the International Olympic Committee (IOC), has unveiled its brand-new virtual influencer for the Olympic Winter Games Beijing 2022 (“Games”). Based on cloud technology, Dong Dong, the advanced digital persona created by Alibaba to engage with fans, brings the possibilities of cloud-based innovation closer to consumers.

Developed by Alibaba DAMO Academy, Alibaba Group’s global research initiative, Dong Dong was created to be a passionate, outspoken Beijing-born 22-year-old woman who loves winter sports. To better connect with Olympic fans, especially the younger, tech-savvy generation, Dong Dong is known for her authentic human-like features, sparkling personality, as well as her specialty to interact with audiences in an engaging manner. 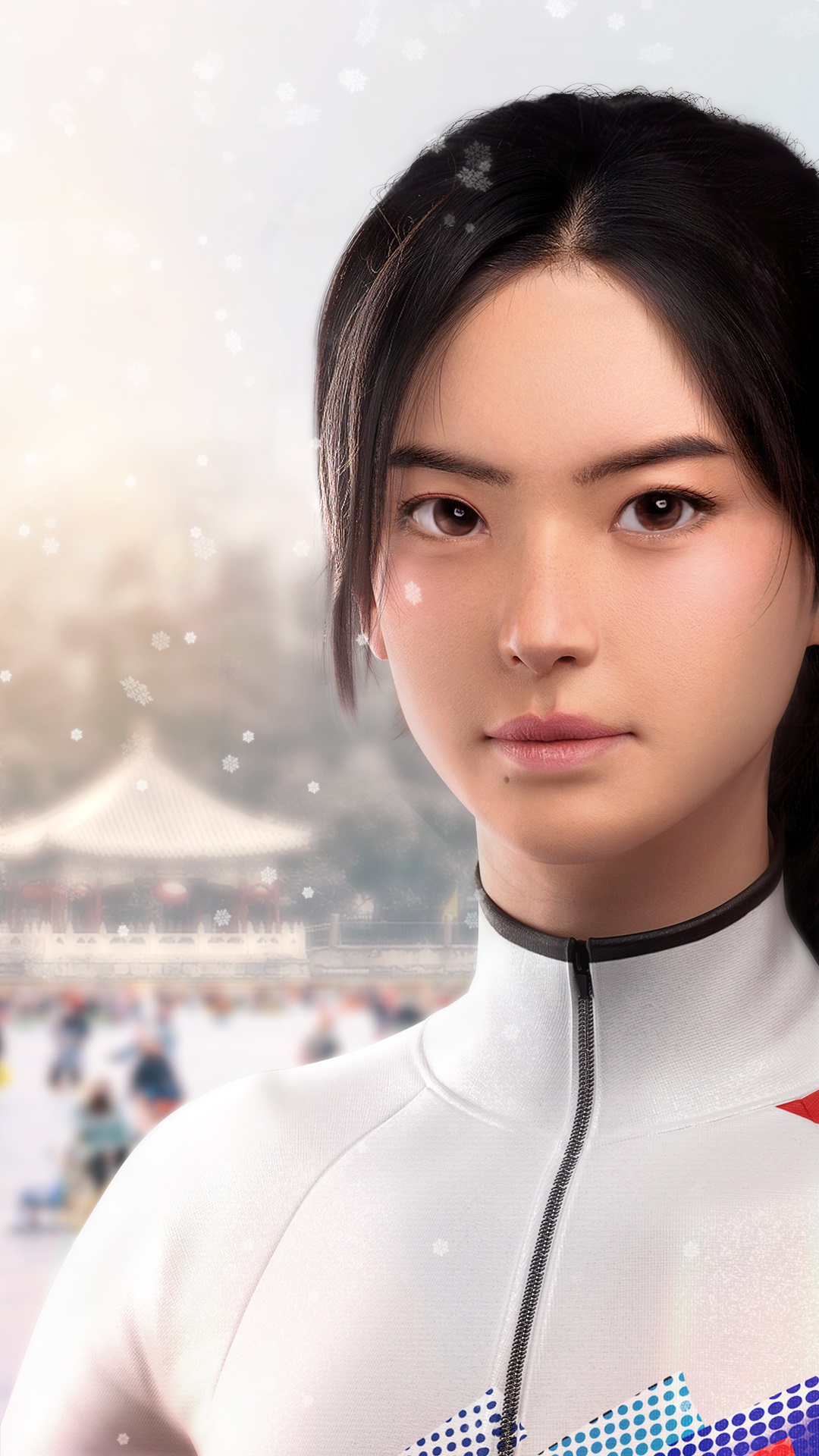 Among her many talents, Dong Dong is not only going to promote Olympic merchandise which can be bought in the official Olympic shop in China on Tmall during her dedicated livestreaming shows, but she can also respond to questions in a lively, natural human voice with different emotions, along with various body gestures from giving a thumbs-up to posting heart-shape gesture and wiping away tears of disappointment. In addition, she can perform live talk shows to introduce Olympic fun facts to the audience, and show-off her enthusiastic, upbeat dance moves to accompany the Olympic theme songs to cheer for the Olympians. All these engaging interactions are powered by cloud-based digital technologies.

“Our ambition is to use cloud technology to give the Olympic Winter Games a digital uplift and to deliver Olympic Winter Games experiences relating to cloud and e-commerce platform services to fans in a creative way. That’s why we developed Dong Dong, with the hope that the cloud-based virtual influencer can create better engagement with the younger, digital natives in an exciting and natural way,” said Xiaolong Li, Leader of Alibaba Virtual Human & Intelligent Customer Service.

“In the future, we will push technology boundaries even further to create an enthralling mixed reality. Digital personas or virtual influencers will find new ways to engage with their audience through immersive experiences or a metaverse-style setting, whether during large-scale, global sports events like the Olympic Games, virtual conferences or 3D exhibition tours. In addition, they can also be very helpful with their practical capability as diligent, smart and efficient assistants to the reporters,” Li added.

Other creative technologies designed to support engagement with Olympic fans have also been unveiled during Beijjing 2022. : 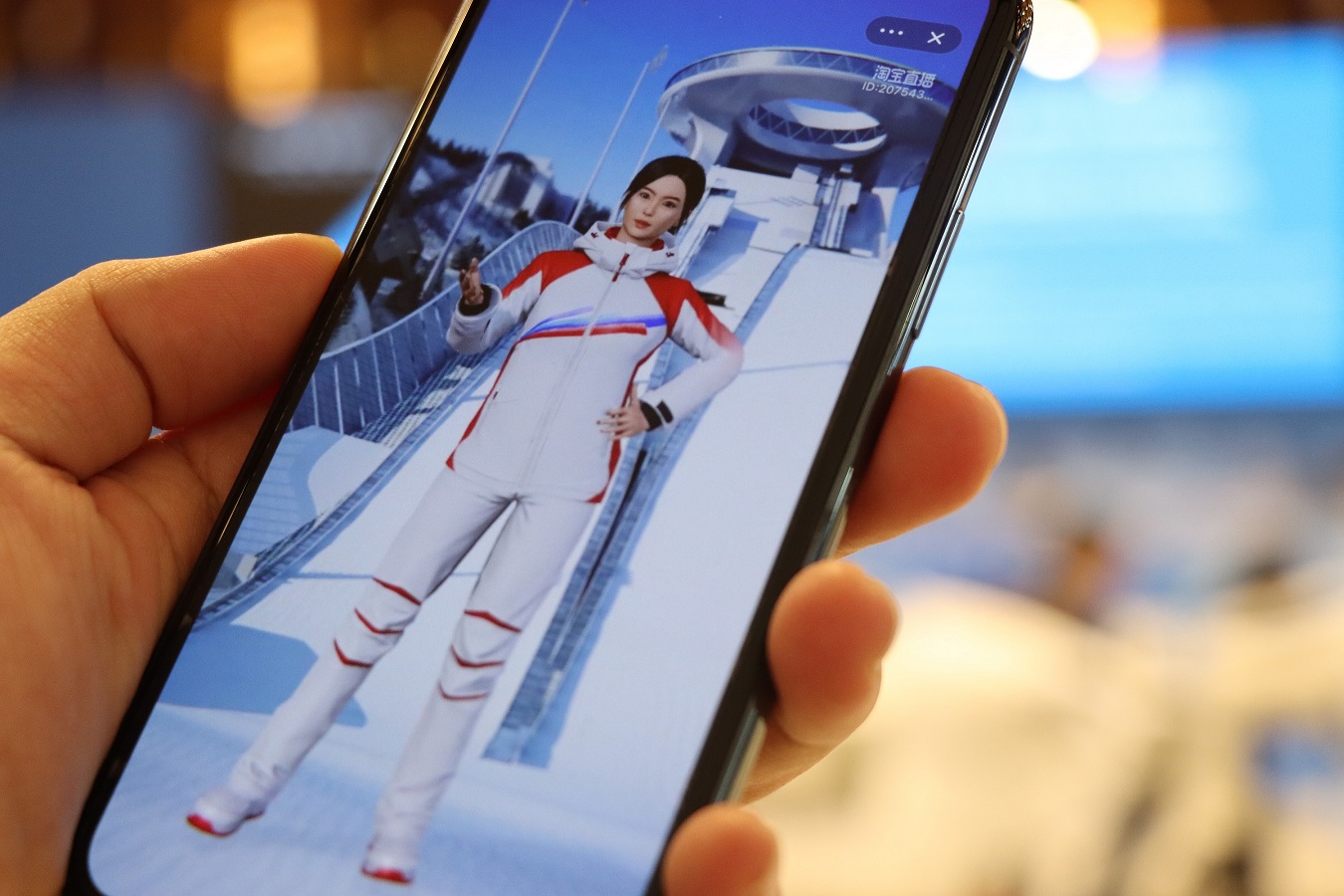 Developed by the Beijing Organizing Committee for the Olympic Winter Games Beijing 2022(BOCOG) and supported by Alibaba’s digital technologies, Beijing 2022 Cloud Showcasing, a virtual exhibition is debuted to introduce the Olympic Partners and for the Olympic fans to win souvenirs through gamifications and lucky draws. Leveraging Alibaba DAMO Academy’s knowledge on the cloud, Alibaba also unveiled its own Cloud Showcasing, a virtual 3D exhibition that highlights Alibaba’s journey as a worldwide Olympic partner, through its cloud technologies underpinning the digital transformation of the Olympic Games, and the innovative e-commerce platforms featuring official Olympic merchandise.

Starting from the 100-day countdown to the Olympic Winter Games, Alibaba’s e-commerce platform Tmall has displayed Beijing 2022 merchandise through Alibaba’s cloud-shelf technology in more than 7,000 stores across China. From the kiosks in the stores, consumers can create their own Olympic-themed merchandise such as T-shirts and bags tailored to their preferences, and get their personalized items delivered to their home within a couple of days.

“Through our series of digital technologies, we want to bring to sports fans a unique experience – as interactive, engaging and personalized as possible – so they can join in the excitement for Beijing 2022,” said Chris Tung, Chief Marketing Officer at Alibaba Group. “As we continue to innovate and create new formats of engagement, we hope to apply these technologies to other global sports games or events in the future, so consumers across the globe can benefit from these cloud-based innovations.”

For more information on how Dong Dong was developed and interacted with audience, please view the footage and Alizila video here: URL