One of the biggest news in recent weeks is the steady rise in fuel prices, which prompted motorists to find ways to mitigate the impact of the skyrocketing fuel costs on their budgets.

But did you know that how you drive, as well as how you maintain your vehicle, can make a big difference in your vehicle’s fuel consumption? Here are tips from Ford Philippines that can help you maximize your fuel economy: 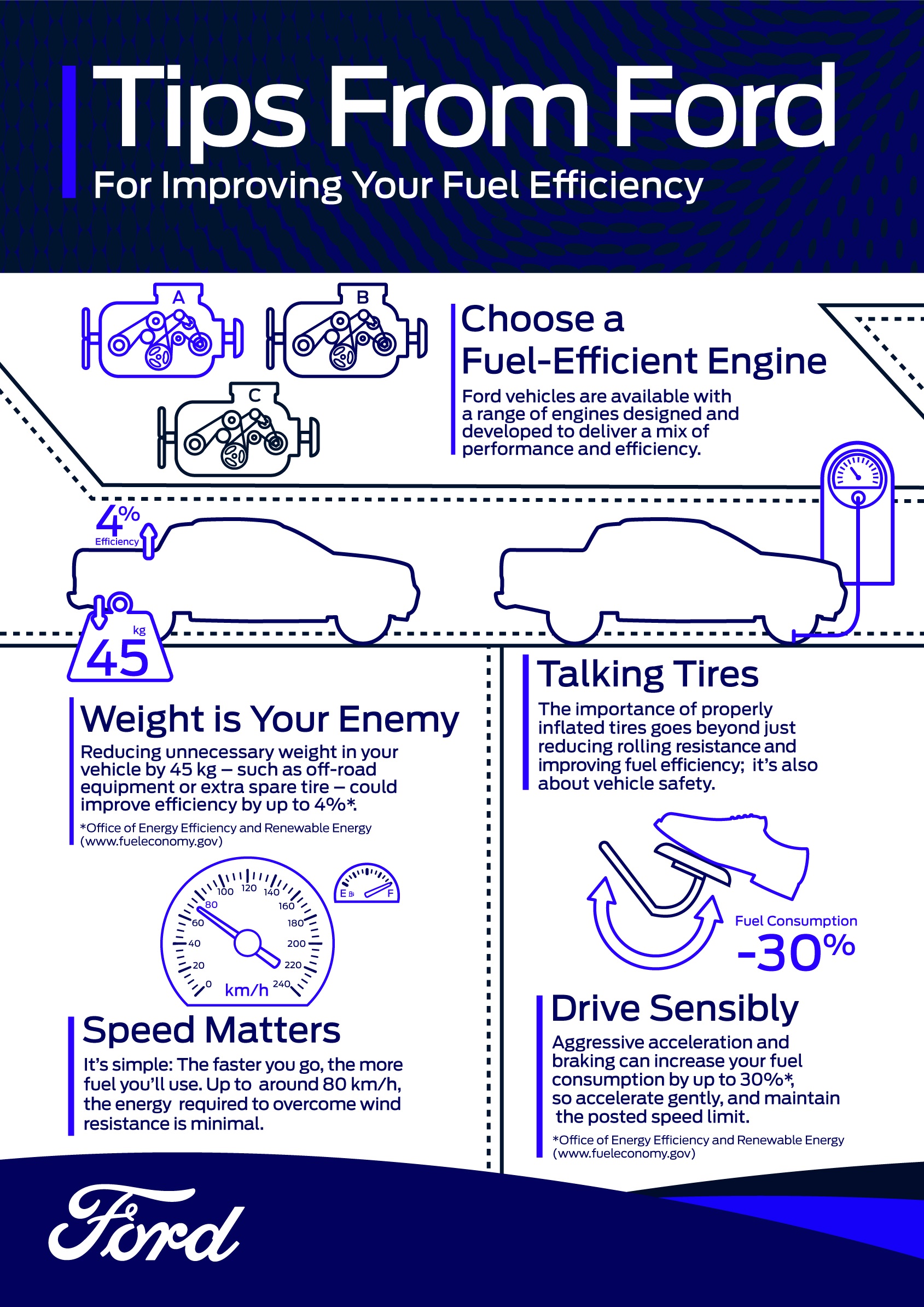 Choose a fuel-efficient engine
Both the Ford Ranger and Everest are available with a range of engines that have been designed and developed to deliver a mix of performance and efficiency. For instance, Ford’s Bi-Turbo engine is available in both the Ranger and Everest.

Weight is your enemy
This is an obvious one, but one that can be hard especially for 4WD owners to side-step. With extra off-road equipment, driving lights, a UHF antenna, roof racks and an extra spare tire, the weight begins to add up. It can be tempting to keep everything in your pick-up or SUV, ready for your next adventure, but that means you put on additional weight every time you drive.  Reducing the contents of your vehicle by as little as 45 kg could result in a fuel economy improvement of up to four percent.

Drive sensibly
Aggressive acceleration and braking can increase your fuel consumption by up to 30 percent. What you want to do is accelerate gently and then once you’re at a steady speed, maintain driving within the local speed limit while you’re scanning the road ahead. If you do spot a traffic issue up ahead, then lift off the throttle earlier to reduce speed gradually, rather than diving on the brakes at the last minute, only to accelerate hard again. One handy hint when you’re driving on the highway is to make use of cruise control, as this will help maintain the posted speed limit without sudden fuel-sucking fluctuations in speed.

Speed matters
It’s simple: The faster you go, the more fuel you’ll use. Up to around 80 km/h, the energy required to overcome wind resistance on a vehicle is minimal (though is greater than overcoming rolling resistance). Push beyond that, however, and drag increases exponentially. By driving 90 km/h instead of 100 km/h, for instance, you could improve your fuel economy by up to 15 percent. If your vehicle has a real-time fuel economy gauge, you can use it to get an idea of how much fuel you’re using at different speeds, which will help you find your vehicle’s sweet spot. This usually equates to being in top gear at the lowest possible revs. 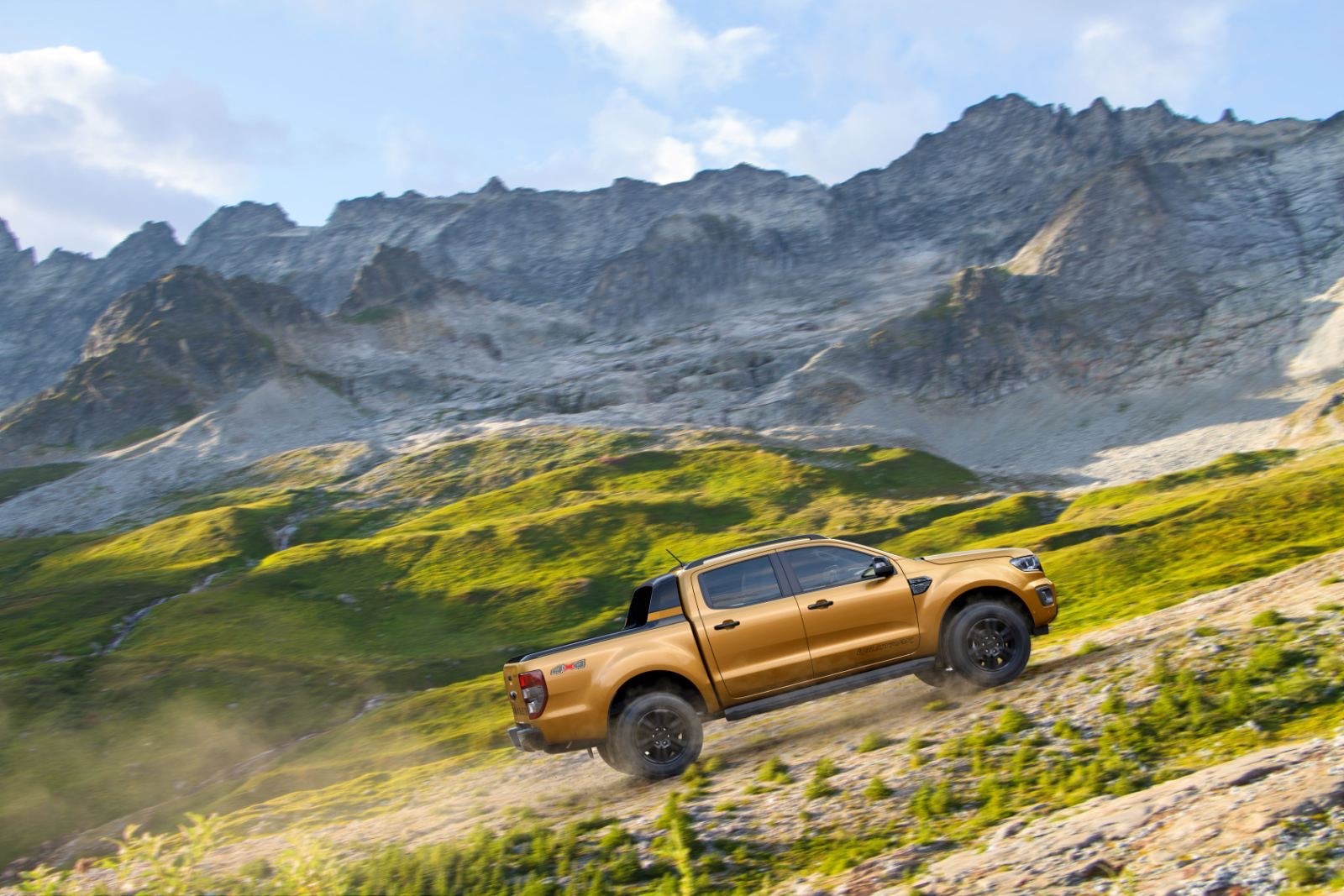 Talking Tires
Ensure your vehicle’s tires are inflated as per the manufacturer’s recommendation (usually on a placard on a door jamb – or in your owner’s manual). The importance of properly inflated tires goes beyond just reducing rolling resistance and improving fuel efficiency; it’s also about vehicle safety.

Over-inflate your tires and you risk reduced grip and increased wear. Similarly, drive with too low tire pressure and you’ll increase the rolling resistance, which means your vehicle will be working harder to travel at the same speed. What about when you’re off-roading? If you’re driving on sand, you’ll need to drop your tire pressure to help the tires float across the surface rather than plough into it. Doing this reduces drag on the tires and cuts the amount of work the engine needs to do to turn them, saving fuel.

Hotter weather helps your vehicle’s engine reach its optimum operating temperature much faster. But switching on the air-conditioning can place strain on the engine which will see an increase in fuel consumption. Indeed, on shorter trips in really hot weather, running the air-con can increase fuel consumption by up to 25 per cent.

To give your vehicle’s engine a helping hand, on hot days consider lowering the windows if you’re travelling at lower speeds and leave the A/C switched off. Or consider doing this at least initially to help get the hot air out of your vehicle, making it easier for the air-con to cool your car’s cabin. Driving with the windows down increases drag, which means your engine has to work harder; the effect is small at low speeds but increases as speed increases, so always use your air-con at highway speeds.

How many times have you run to the shops or the local hardware store, got back home and then realized you need to go back because you forgot something? All of those little trips will see you use more fuel than a longer drive at a consistent speed. So, make a list of all the things you need to get and tick them off as you go.