In line with its mission to empower the Filipino youth in the pursuit of their passions, realme, the PH’s no. 1 smartphone brand for 2021[1] today announced its partnership with the Pinoy Pop Convention (PPOPCON) in support of the local music scene.

Happening on April 9 to 10, the first-of-its-kind event will consist of a two-day convention from 10am to 8pm at the New Frontier Theater. This will feature various booths, merchandise selling, games, and other engagement activities in celebration of all things Pinoy Pop.

Meanwhile, the second day (April 10) will culminate with a live concert from 3pm to 7pm at the Smart Araneta Coliseum. This will see the country’s most popular P-Pop groups come together and perform on stage–both offline and online–for their fans for the first time. The lineup includes MNL48, BINI, Alamat, 4th Impact, 1st.One, Press Hit Play, VXON, KAIA, DAYDREAM, YARA, VER5US, and G22, among others. 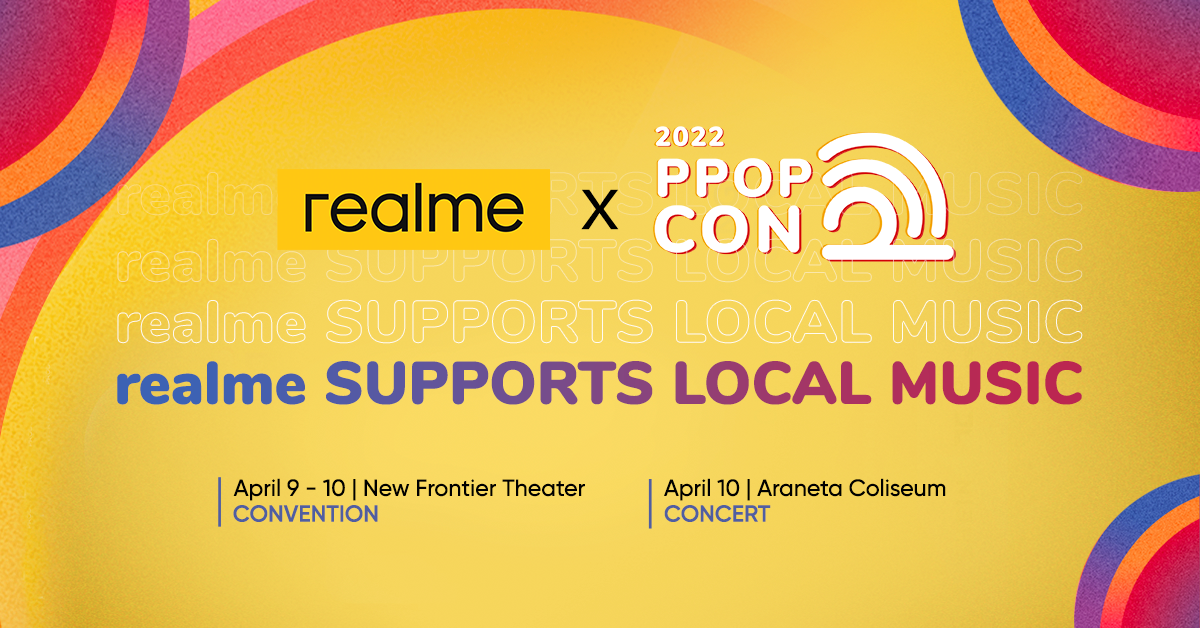 “There’s no denying that Filipinos are recognized for their passion for music and their undeniable talent in performing. The increasing popularity of P-Pop on the local and global stage is testament to this. As a brand that’s for and by the youth, we at realme would like to be at the forefront of this fast-rising scene and show our full support for local talent through empowering platforms such as PPOPCON,” shares Austine Huang, realme Philippines’s VP for Marketing.

During the two-day convention, the brand will have an experiential booth with various activities, prizes, and other surprises for the P-Pop-loving realme Squad. It will feature a special photo booth, powered by the realme 9 Pro Series in collaboration with Fujifilm Instax, where fans can capture their PPOPCON memories through fun photo prints and get a chance to join the giveaway. There will also be a special meet-and-greet with VXON, the rising P-Pop group behind the hit single “The Beast” which was also chosen by the brand as the official theme song for realme Mobile Legends Cup (RMC) Season 6.

Through partnerships with local artists and initiatives like the 2022 PPOPCON, realme continues to provide platforms for Filipino talent to be recognized and celebrated, be it in music, gaming and beyond.

For more info and other updates, be sure to follow realme on Facebook at www.facebook.com/realmePhilippines or visit www.realme.com.ph.

Be the first to comment on "#realmeSupportsLocal: realme Advocates for Pinoy Music with 2022 PPOPCON Partnership"