“We have maintained a strong growth momentum with 60 million Filipinos now placing their trust in GCash. We are still the undisputed fintech leader in the country and we now cover 83 percent of the Philippines’ adult population. We vow to continue providing reliable service to our customers and innovate to deliver their fintech and lifestyle needs,” said GCash President and CEO Martha Sazon.

GCash currently records a staggering 29 million daily logins, with a peak in daily transactions at 19 million. According to data.ai (formerly App Annie), GCash has 5x more smartphone monthly active users than the next highest e-wallet app in the Philippines as of April 2022.

It also continues to innovate and deliver novel products as it supports the Globe Group’s commitment to the United Nations Sustainable Development Goals, a set of targets that highlights the roles of infrastructure and innovation as crucial drivers of economic growth and development under SDG No. 9. 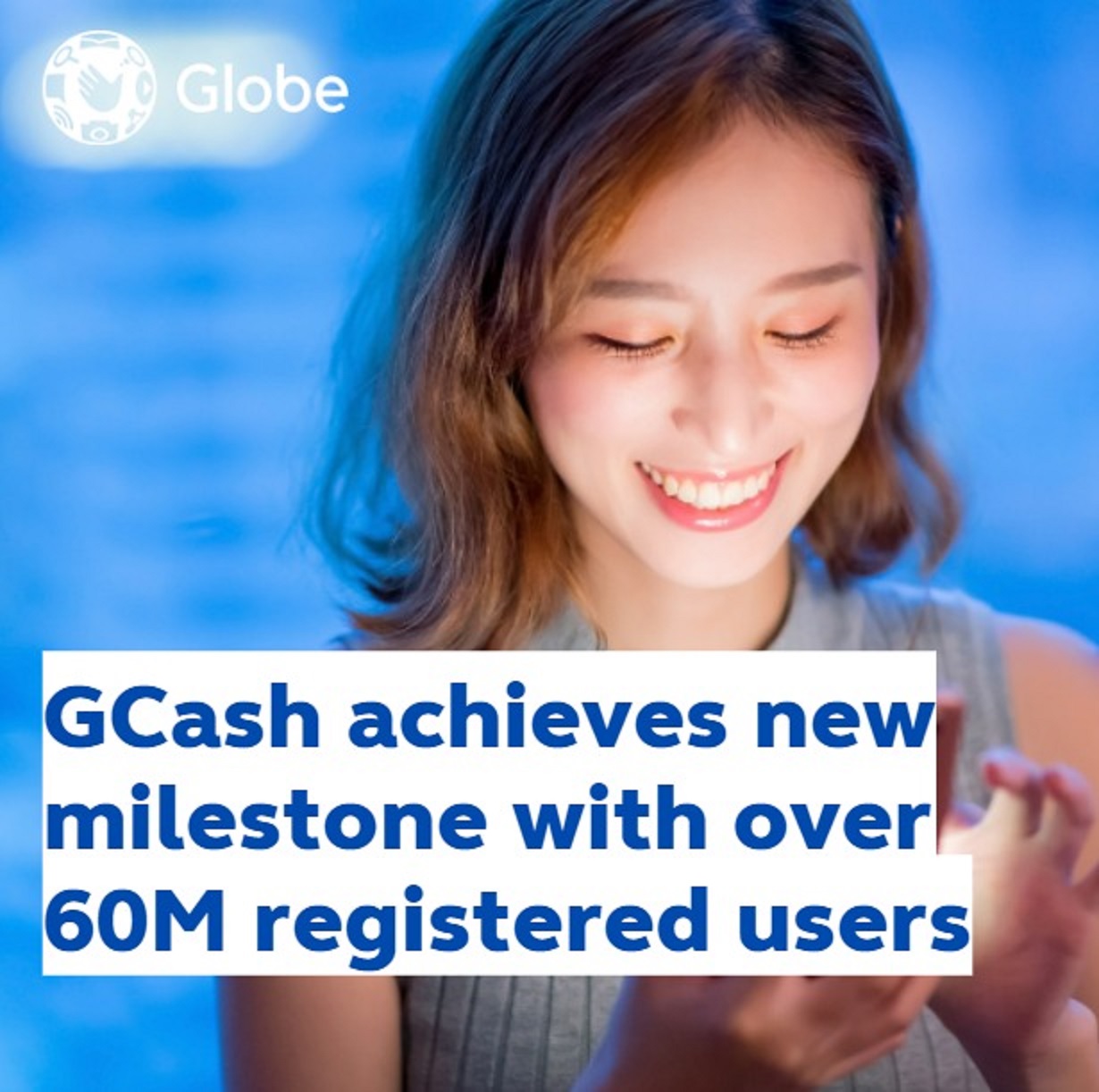 It is the only e-wallet with a full suite of financial services such as money transfers, e-commerce, savings, investment, insurance, and just recently, cash loan and “buy now, pay later” products.

Introduced in 2004, GCash became widely adopted by the public during the pandemic due to increased digitalization. Mobility restrictions gave rise to cashless transactions as consumer behavior shifted.

“We now see an increased use of mobile wallets as people embrace e-commerce.  With GCash, the unbanked and underserved population are finally empowered.  They can already do so much more, such as paying for their online purchases without a credit card or a bank account, getting health insurance, and investing in Unit Investment Trust Fund,” Sazon said.

GCash offers online insurance through GInsure for as low as ₱39 per month so everyone can stay prepared for emergencies.  Its GInvest, meanwhile, allows easy investments for as low as ₱100 for local funds and ₱1,000 for international funds.  GInvest has gained 70% of the home market for total UITF accounts in just seven months since its launch.

GCash, the country’s lone double unicorn startup with a USD$2 billion valuation, has become embedded in the everyday lives of Filipinos.  It is determined to break barriers to bring financial inclusion to more people nationwide.

GCash continues to build consumer trust to draw more users and help the country transition into a cash-lite economy as envisioned by the Bangko Sentral ng Pilipinas.