Set to be one of the highlights of the launch, the 2022 version of the award-winning ROG Zephyrus G14 is finally set to make its Philippine debut. The new edition of the stylish, powerful yet compact gaming laptop is set to showcase its new upgraded ROG Nebula Display and the new and improved AniMe Matrix LED along with its much-improved performance.

Not to be left behind, the bigger brother, the upgraded ROG Zephyrus G15 is also set to join the launch lineup. One of last year’s favorite gaming laptops is surely set to prove its dominance once again.

Another head turner set to join the launch is the ROG Zephyrus Duo 16 with all new ROG Nebula HDR display technology and zero boundaries with overpowered specs and two displays for intense gaming and multitasking.

New models for AMD™ Ryzen 6000 series laptops are already out in the market including the esports battle station ROG Strix G15 and G17, as well as the crowd-favorite TUF Gaming A15 and A17 are also set to join the launch event. 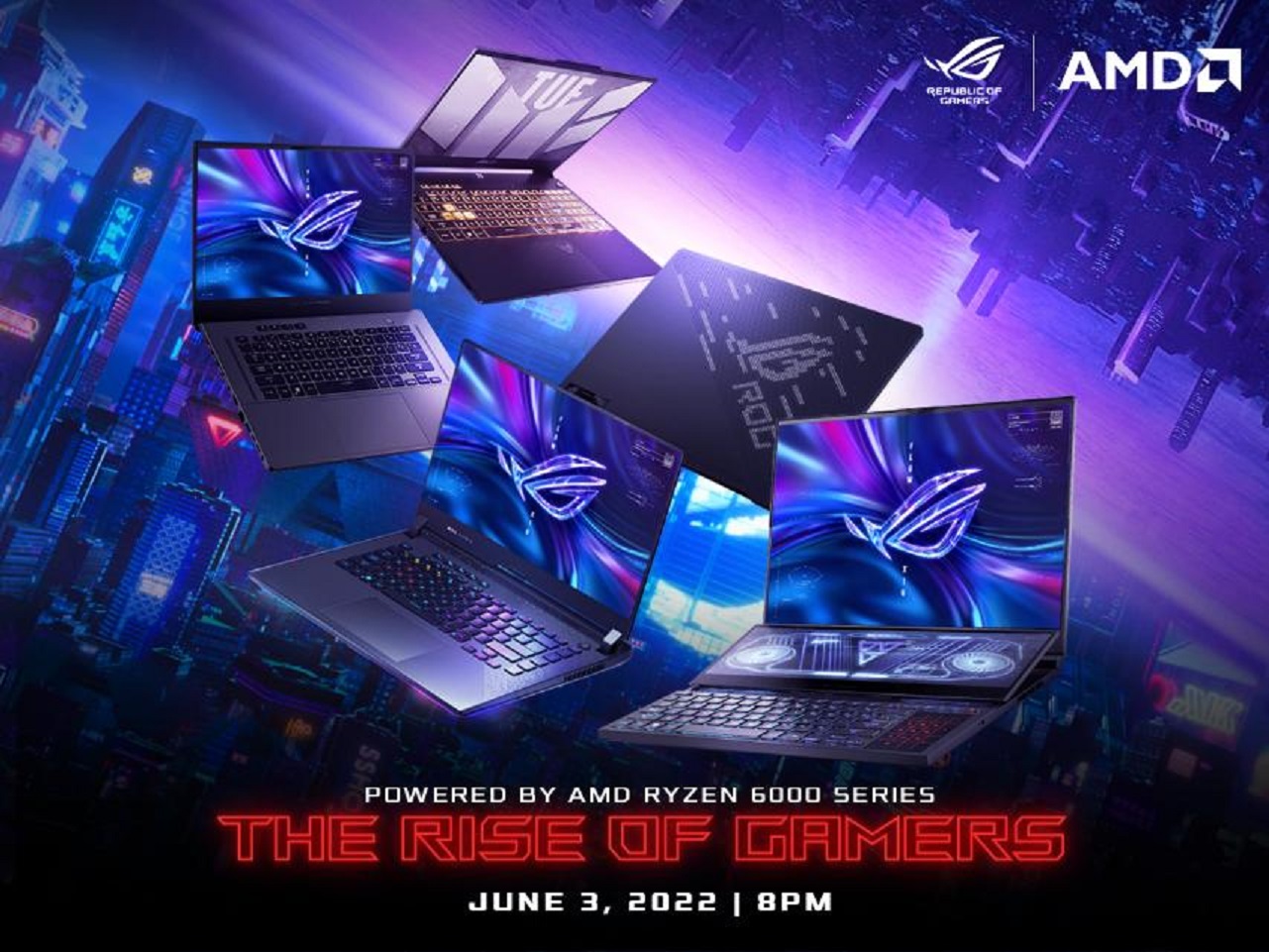 ROG HEROES SET TO JOIN THE RISE OF GAMERS

Hosting the digital launch are special guests ROG Heroine Dexie Diaz along with Coleen of CansTV, and Streamer Patricia Reyes. These 3 femme fatales are set to highlight how these new roster of gaming laptops can raise your game with style.

The ROG Rise of Gamers Digital Launch Event is another milestone that ROG is proudly celebrating. To share the excitement with ROG fans, Citizens of the Republic have a chance to win exclusive ROG merchandise to be given away simply by watching the Digital Launch on the ASUS Republic of Gamers Philippines Facebook Page on June 3, 2022 at 8pm

For more information and to be reminded of this event, RSVP as GOING at the event page here: https://ph.rog.gg/RiseOfGamers2022 as well as like and follow the official ROG social media pages to get latest updates the upcoming launch as well as other ROG products and events:

Be the first to comment on "Prepare To Rise: ROG PHILIPPINES To Launch The Newest AMD RYZEN™ 6000 Series Gaming Laptops This JUNE 3"