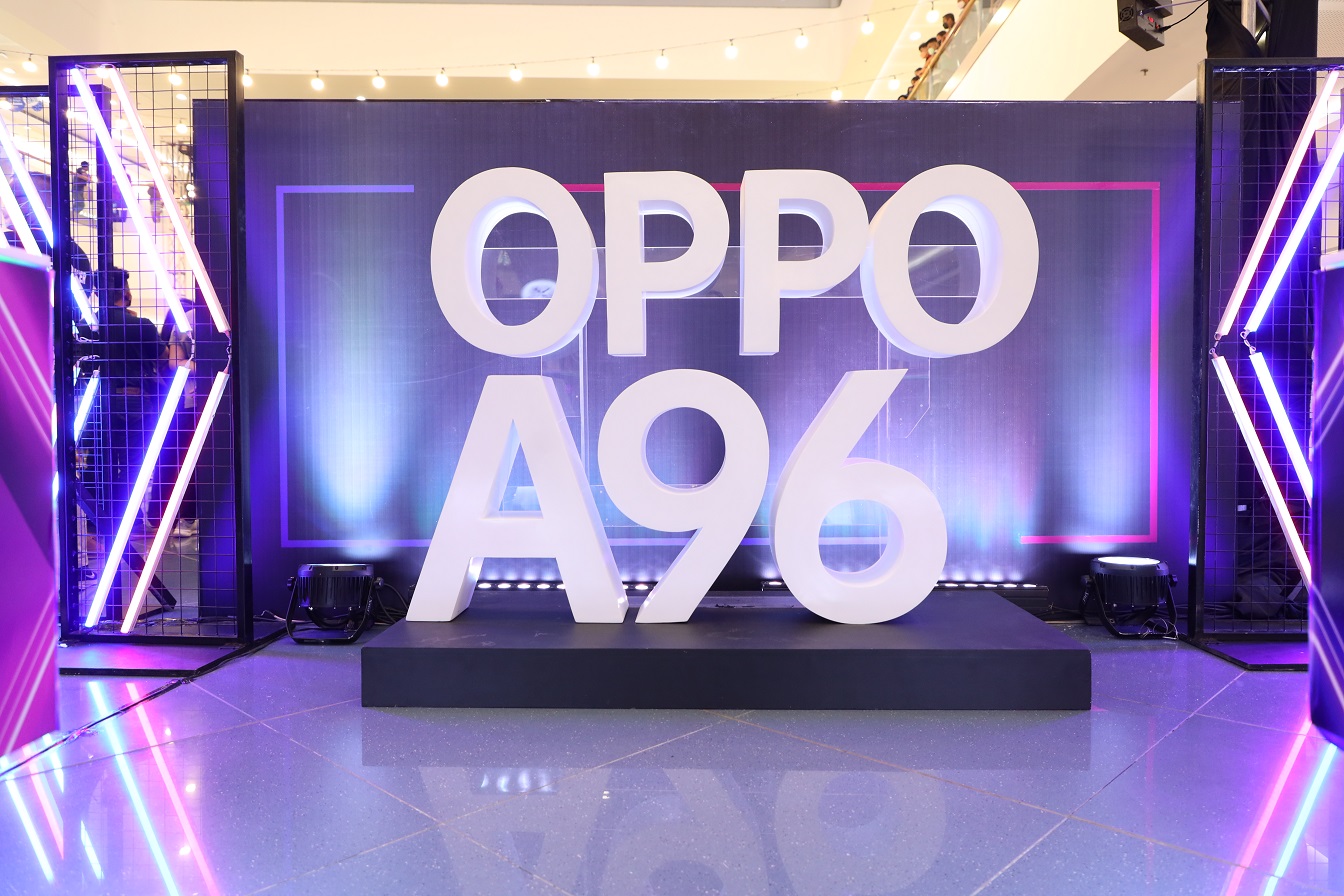 The OPPO Game On Cup will finally have its first-ever champion! The Mobile Legends: Bang Bang tournament, initiated by global smart device brand OPPO last June 2 has witnessed participating teams battle it out to achieve their goal of tearing down their enemies’ bases in every round.

As the competition continued, others won while some lost until four teams were left a chance to claim their most-awaited victory during the Semi-Finals and Finals round of the OPPO Game On Cup 2022 at the Main Center Atrium of the SM Mall of Asia. 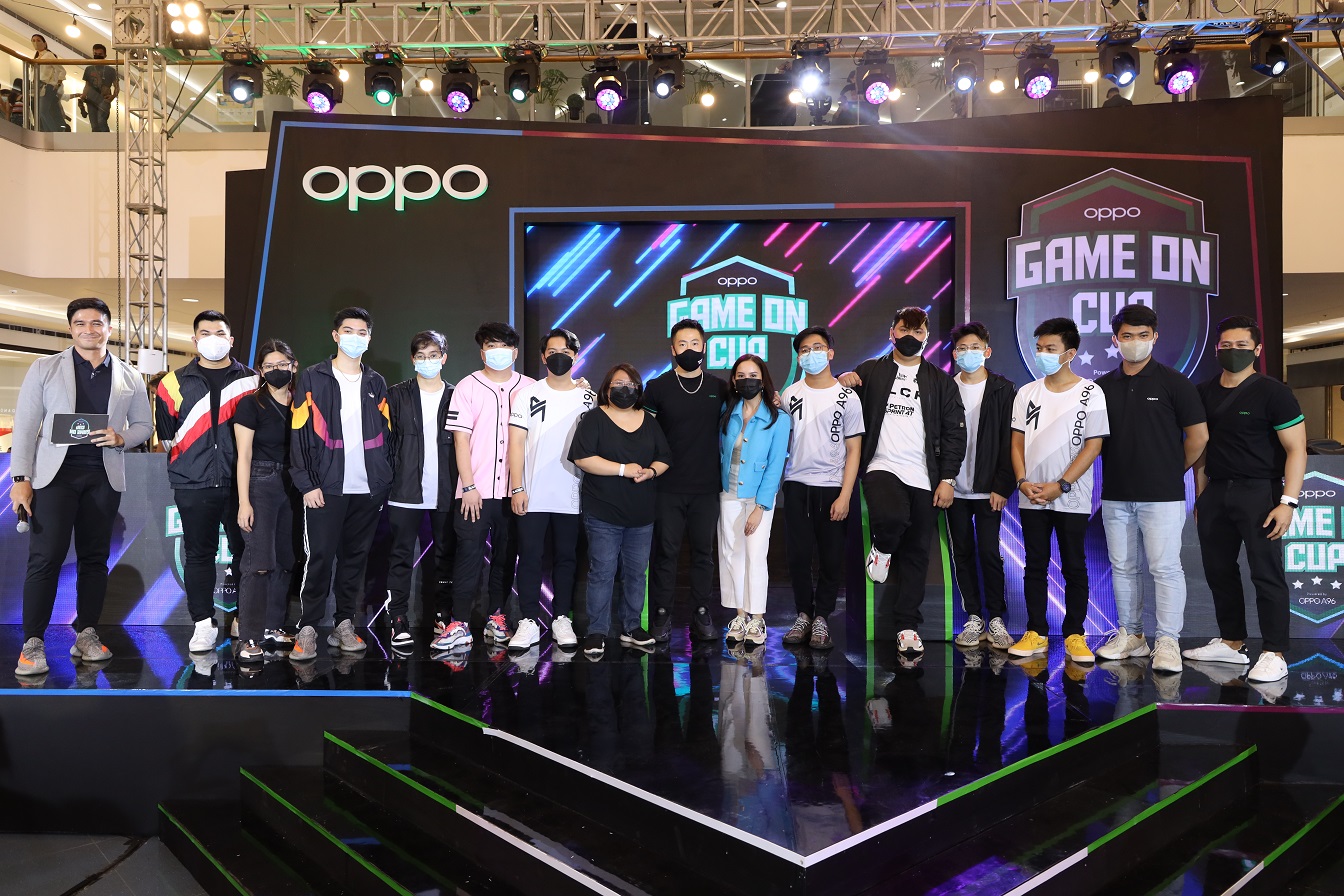 “Mobile Legends: Bang Bang is one of the well-loved mobile games in the gaming community in the country. Aside from being a source of entertainment, some are playing to follow the footsteps of their favorite Esports teams, like Blacklist International. At OPPO, we hope that the OPPO Game On Cup 2022 be a stepping stone for involved teams to pursue their dreams in Esports whether they win or lose, as we reached the end of the tournament,” said Chiqui Tapawan, Head of the Marketing Communications of OPPO Philippines. 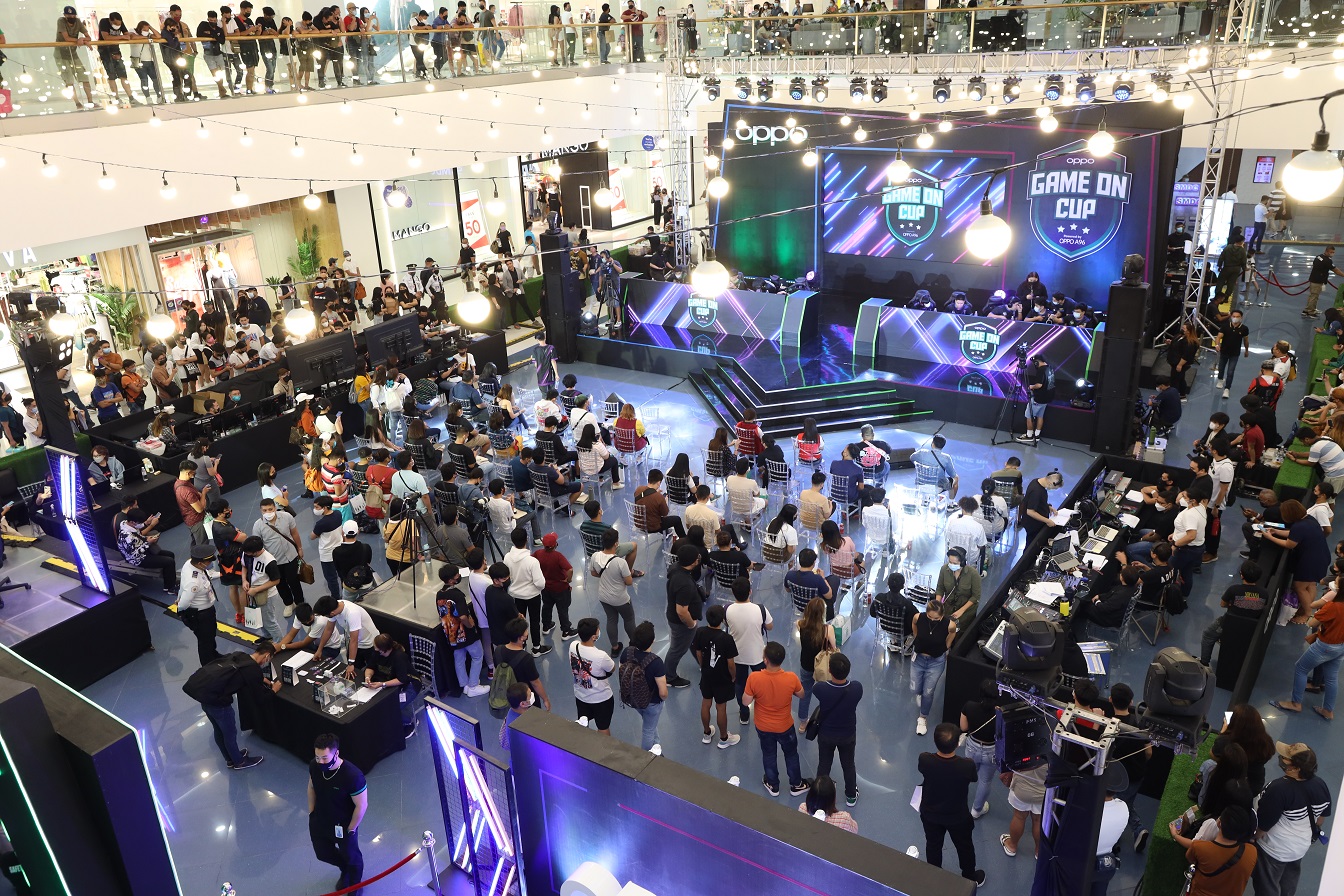 Eight teams moved to the Playoffs, where they competed in a single-elimination round with best-of-three matches last June 17. Four teams then advanced to the semi-finals. This included AP 2.0, Click Esports, K Signs Gaming, and El Ganador Knights. 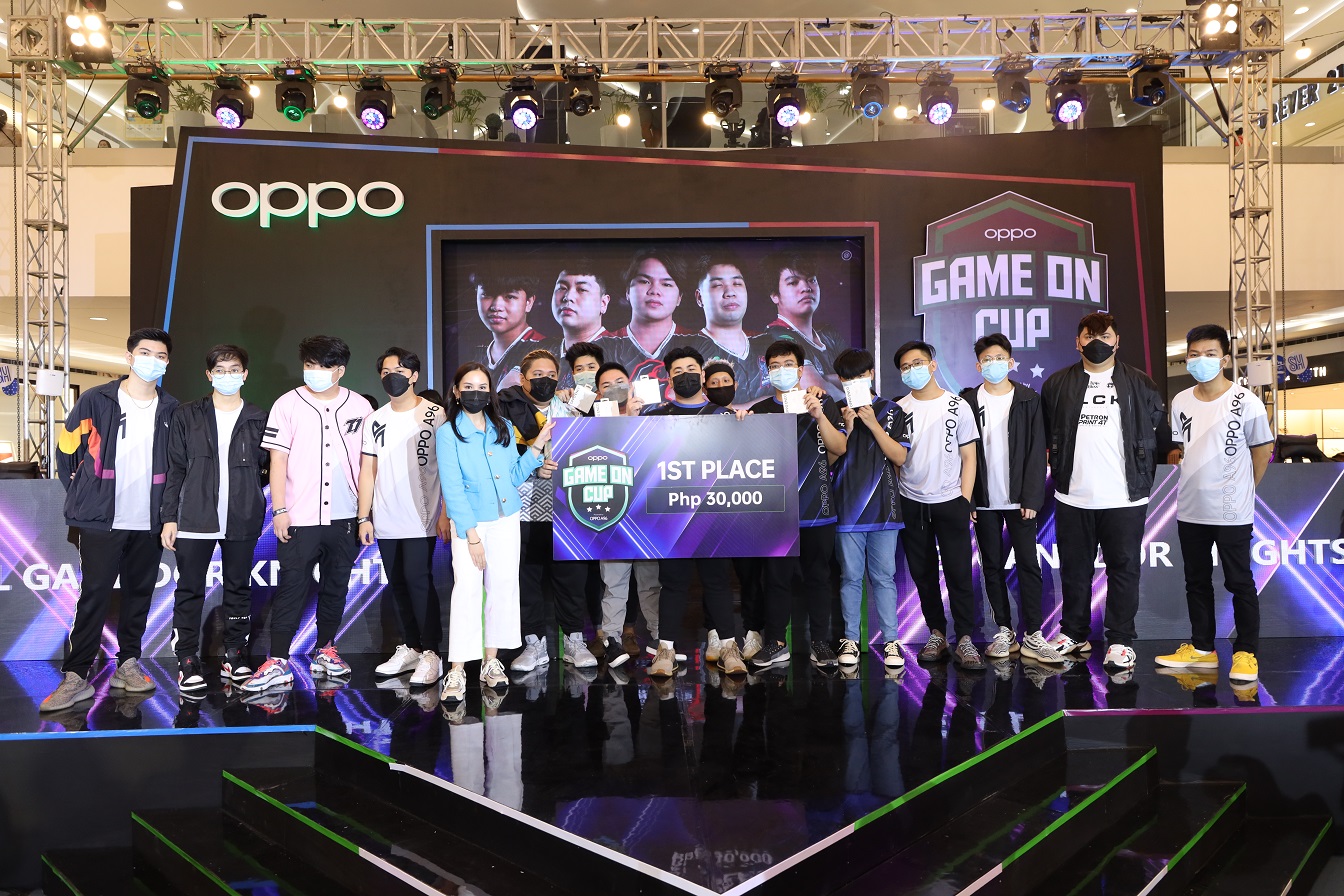 What happened in the Semi-finals, Finals round 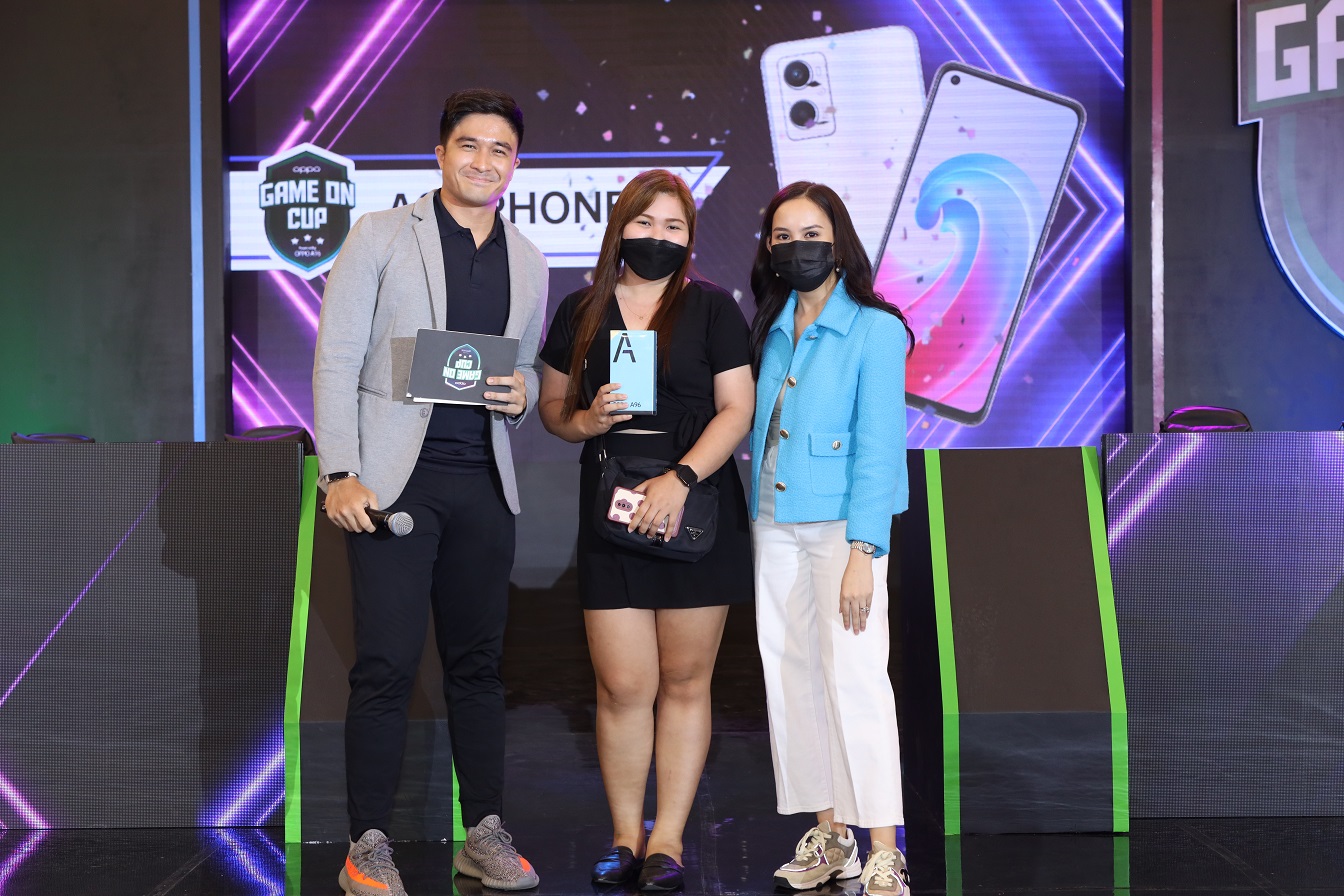 Blacklist International (BLCK), OPPO A96’s ambassador, also appeared at the tournament. During the OPPO Game On Cup’s halftime show, BLCK did a quick media interview, played parlor games with the OPPO Community winners, and did a meet and greet. They also coached the two teams battling in the finals round. 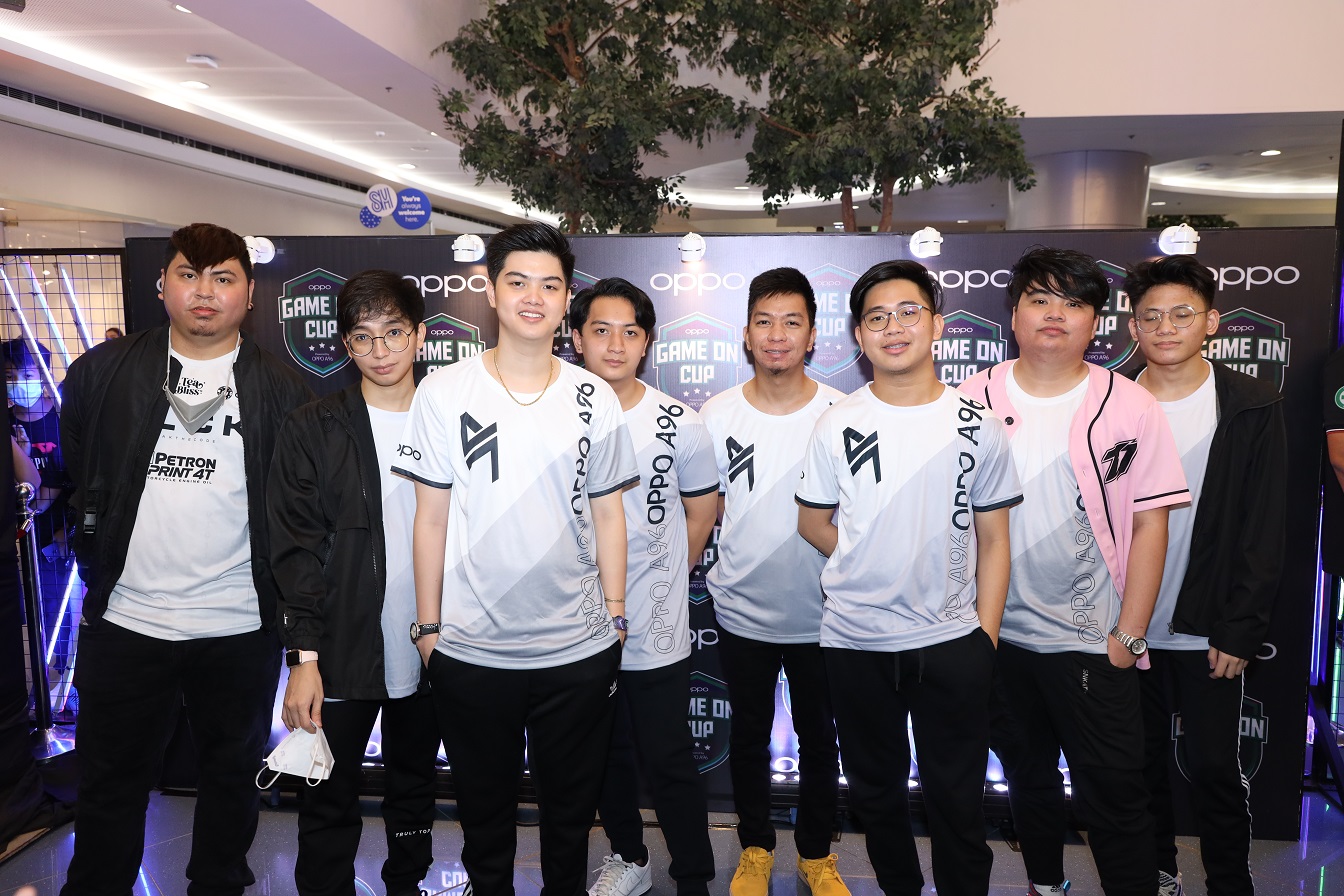 “We are grateful to be a part of the OPPO Game On Cup 2022 as we got an opportunity to interact with the OPPO Community and coach the teams in the finals. We are glad that many Filipinos like the game we love, Mobile Legends: Bang Bang, and that one day they may enter Esports just like us,” said BLCK.

For a powerful experience to help you defeat your enemies in the Mobile Legends: Bang Bang, OPPO offers its designed-to-be-powerful OPPO A96. Built with a Qualcomm® Snapdragon™ 680 4G Mobile Platform and 8GB + 256GB memory and storage, it also has a RAM Expansion technology that can give up to 5GB of extended RAM, providing all your needs for seamless gameplay to aid in achieving victory for your team.

It satisfies your thirst for longer game time as the powerful device boasts a 5000mAh large battery capacity equipped with a 33W SUPERVOOCTM fast-charging feature. It also provides an immersive visual and audio gaming experience with dual speakers packed with Dirac HD audio technology and a 6.59-inch color-rich punch-hole display, exhibiting a 90Hz refresh rate with a 90.8% screen-to-body ratio and 1080×2412 FHD resolution. 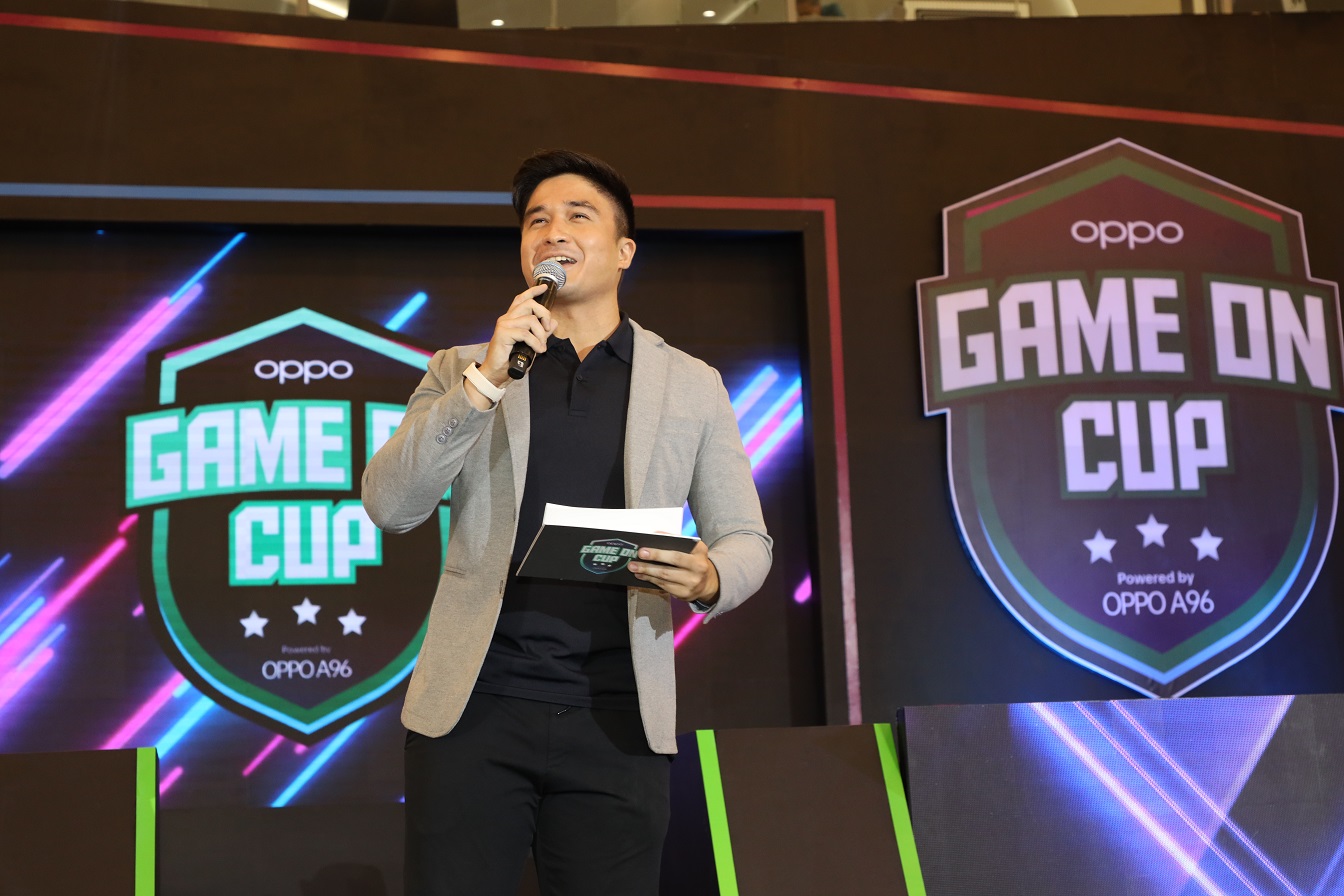 OPPO A96 has two spectacular colors: Starry Black and Pearl Pink. Retailing at Php 15,999, you can purchase the designed-to-be-powerful device in OPPO Brand Stores or partner dealers. You can also visit OPPO Flagship Stores on Shopee and Lazada for the powerful device! 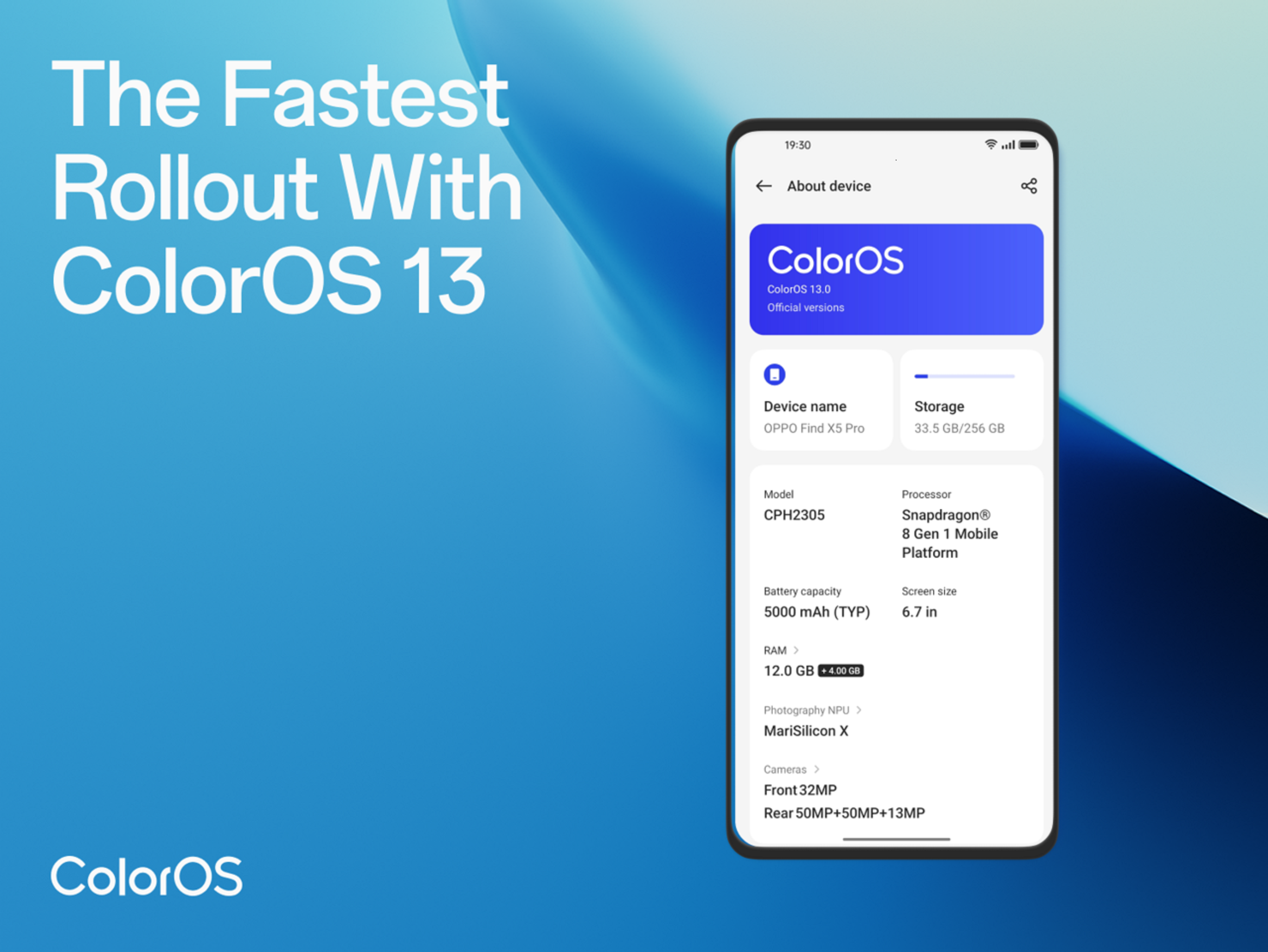 OPPO officially announced that ColorOS 13 rolled out faster than any previous version in its operating system’s history. The company also expanded its update policy for ColorOS to guarantee four major Android upgrades with five years of security patches for selected flagship models in 2023.

ColorOS 13 is the latest Android-based operating system from OPPO. Designed for simplicity and comfort with its brand-new Aquamorphic Design, ColorOS 13 includes a series of impressive features, such as Smart AOD, Multi-Screen Connect, and Home Screen Management that provide intelligent and user-friendly experiences to global users.

Since launching on August 18th, 2022, ColorOS 13 has been delivered to 33 smartphone models globally, making it the fastest and biggest update in the history of ColorOS. During the same four-month time frame following their official release, over 50% more handset models were compatible with ColorOS 13 (data from August 18, to December 18, 2022) compared with ColorOS 12(data from October 11, 2021, to February 11, 2022). There are three times more users covered during the global rollout of ColorOS 13 compared to ColorOS 12 during the same period.

The Fastest Rollout with ColorOS 13

OPPO also announced the new ColorOS update policy. This includes the commitment to guarantee four major ColorOS updates with five years of security patches for global users on selected flagship models starting in 2023. Through it, OPPO aims to bring longer-lasting and more stable intelligent experiences to global users by continuing to build on ColorOS. 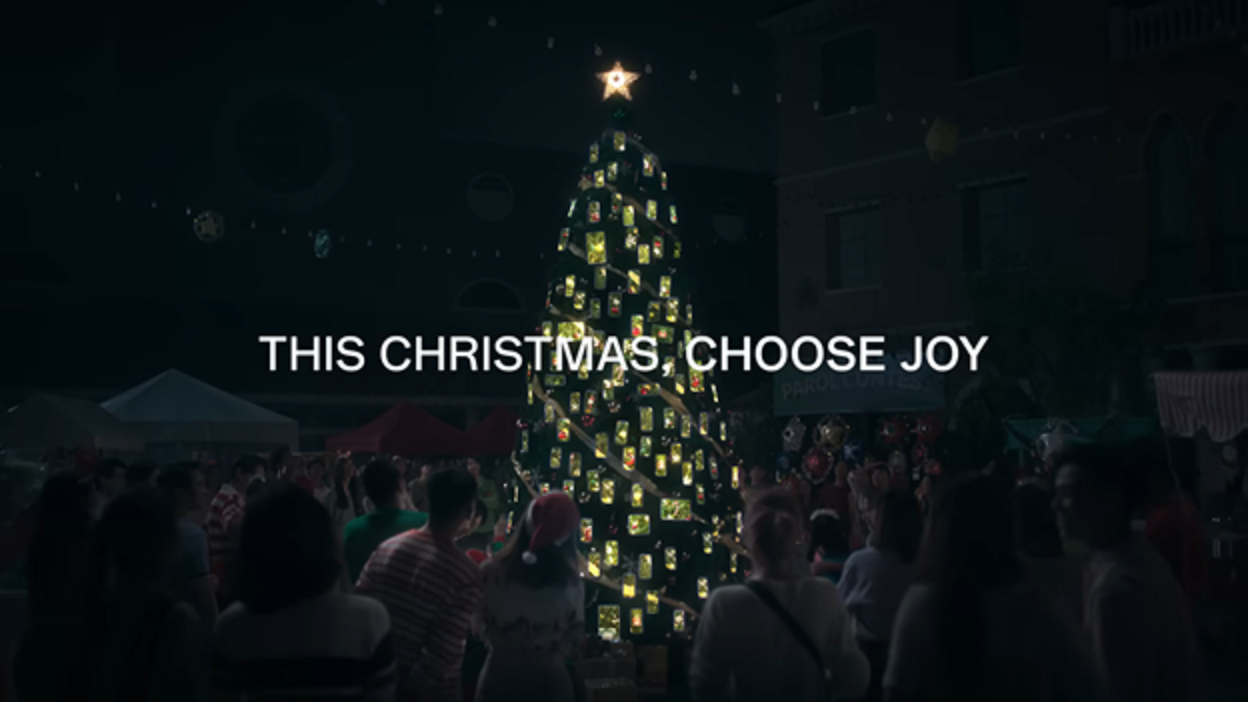 With ‘A Miracle in the Christmas Night’, OPPO is bringing a memorable holiday to consumers

Global technology brand OPPO today announced the launch of its Choose Joy campaign and vowed to bring the first joy in the Year 2023 to all consumers with plenty of products and promotions, ready to take them to a better future with OPPO technology.

“Bringing consumers a wonderful technology experience with OPPO products and services has always been our priority,” said Andy Shi, OPPO President of Asia-Pacific. “We believe that a great brand must contain a public persona that speaks to the good qualities and beliefs of human beings, represents important technological and social trends, provides products and services, and is committed to solving important issues for individuals and society. This is where OPPO’s brand proposition ‘Inspiration Ahead’ comes from, also the initial idea why we launch ‘Choose Joy’ to consumers.”

At the beginning of 2022, OPPO announced its new brand proposition, “Inspiration Ahead,” which shows OPPO’s confidence and poise when moving forward. It encourages everyone to remain resolved and graceful as they brave the storm and break the stagnation. Since then, OPPO has launched and participated in many events and campaigns globally within the year to convey and practice under ‘Inspiration Ahead,’ such as Inspirational Light partnered with Roland-Garros 2022 and OPPO Breakthrough Inspiration Award at Wimbledon 2022 to inspire the passion for  global tennis athletes and fans; partnering with UEFA to celebrate the beautiful game through “Inspiration Ahead”; launching OPPO Research Institute Innovation Accelerator to accelerate the development of high-potential technology and promote innovation in the market.

Continuing the inspiration to use OPPO’s products and technology to bring joy to people, ‘Choose Joy’ has been launched as OPPO’s latest practice under the purpose of ‘Inspiration Ahead,’ specifically for OPPO fans in APAC by inspiring positivity to overcome obstacles as well as embrace new possibilities this Holiday season. The film, ‘A Miracle in the Christmas Night’, aims to remind consumers that happiness is always a choice while inviting them to choose OPPO as a partner to joy.

The inspiration for OPPO’s film came directly from micro-moments in Christmas with the beauty of cultural variety in tradition, values, and lifestyles. The film can convey happiness to the audience and reflect the humanistic care spirit behind OPPO’s technology and products, which has always been shown in the practices of OPPO’s innovations.

This season, join OPPO in celebrating the occasion with ‘Choose Joy’ and make this holiday full of inspiration and happiness with OPPO products.

A Miracle in the Christmas Night

Filled with colors, music, and celebration, Christmas is certainly the festival of happiness for everyone, especially children. Moreover, each country has a different way to celebrate Christmas, such as creating a Parol in the Philippines. The story is told through two children who were participating in a Parol Star competition, and both of them were excited while waiting for the result announcement on Christmas Day. But when the day finally came, something unexpected happened. Instead of letting the happiness end abruptly, the children decided to use OPPO to bring the joy back. 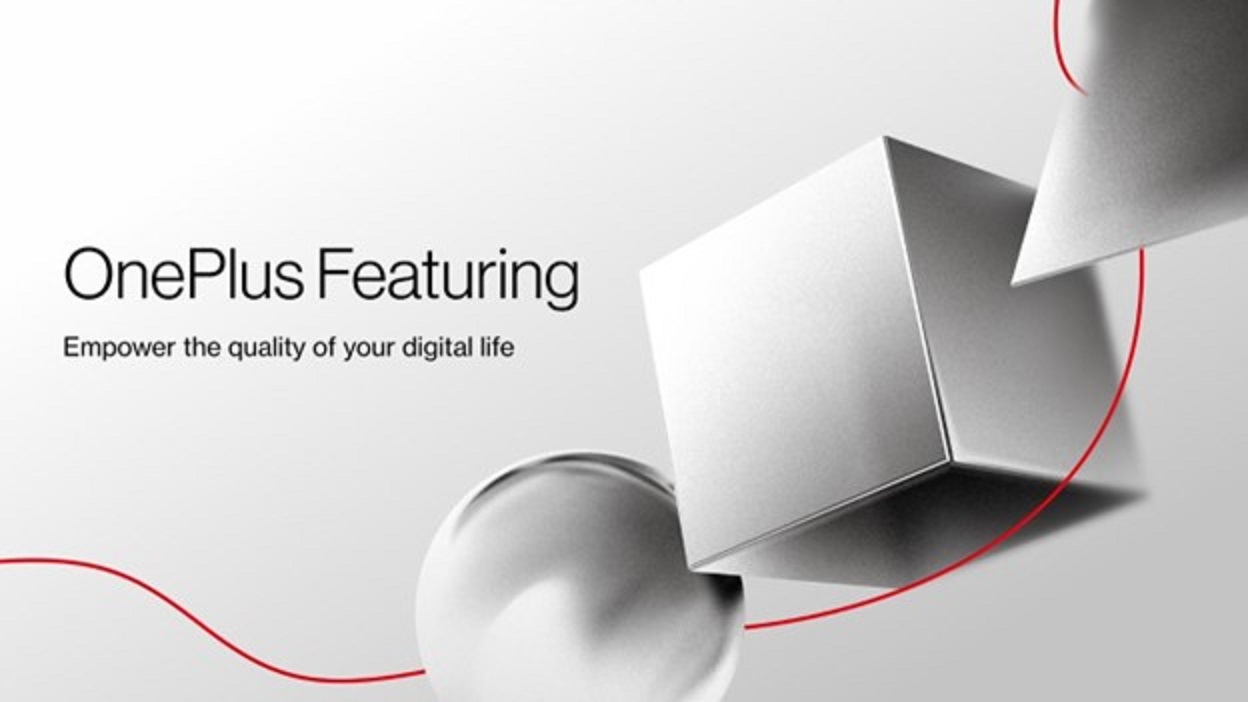 Global technology brand OnePlus celebrates its ninth year since its incorporation in 2013. True to its “Never Settle” mantra, OnePlus continues making waves in the industry this year, mainly by growing and maintaining an active community—now with over 30 million Red Cable Club members globally. OnePlus has also marked a record this year, with several new products slated for a global launch in the coming months.

Celebrating #9YearsofOnePlus thanks to the support and contribution of its users 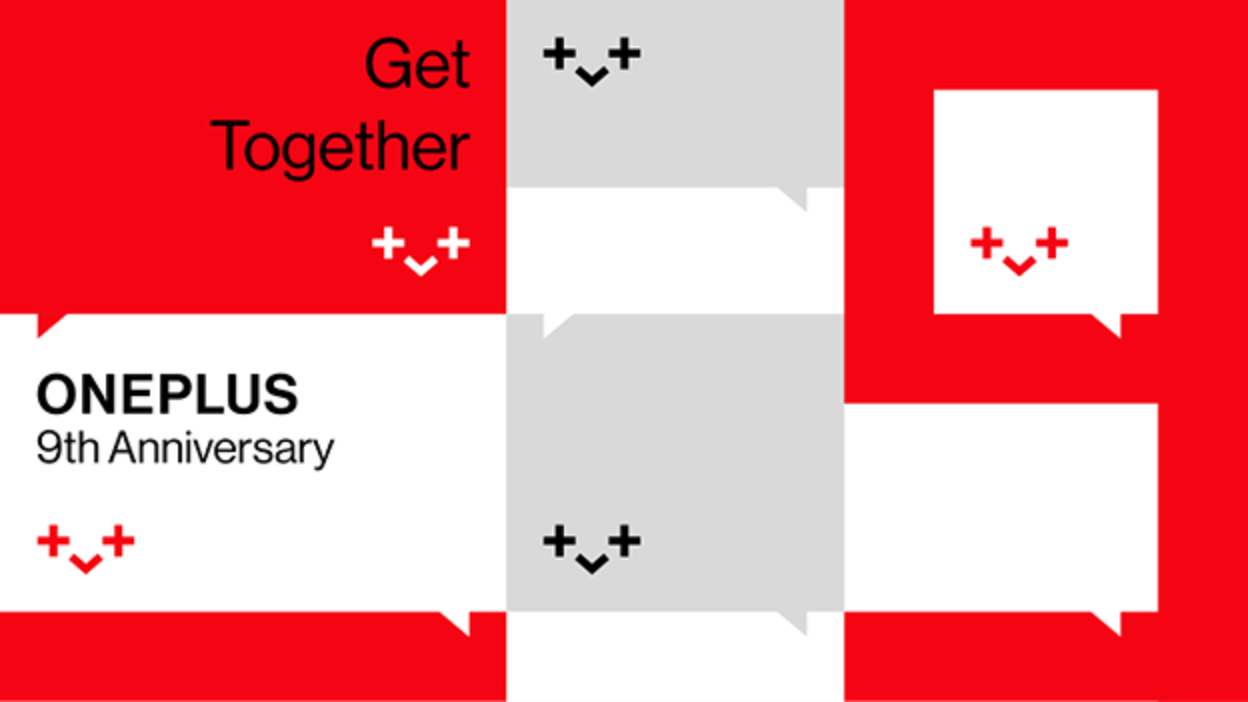 “2022 is a meaningful year for OnePlus. Without the support of our global users, many of our great achievements would not have been possible,” says Kinder Liu, President of OnePlus. “We live by the motto ‘Never Settle’ and are committed to delivering customers the best products and experiences. Valuable feedback, insights, and ideas from our users motivate us to keep exploring and challenging ourselves,” he added.

The #9YearsofOnePlus was not possible without its solid community. The user-oriented brand boasts one of the most active communities in the industry and constantly incorporates user feedback into its products. To better engage with its users and harness collective creativity, in May 2021, OnePlus launched a co-creation program called Power of Community. Since its introduction, Power of Community has conceived several high-quality product concepts through its close-knitted community.

A new benchmark for co-creating with users

Earlier this year, OnePlus held several rounds of voting among its users to decide which new product to produce next. The verdict dictates that OnePlus will soon release its first mechanical and customizable keyboard. To bring a better experience, it will be created in collaboration with established mechanical keyboard manufacturer Keychron. It is the first time that OnePlus has introduced an industry partner to join its community co-creation process, and the product will be available globally.

Stay tuned as more details of the mechanical keyboard will be announced early next year. Please visit the OnePlus Featuring platform and subscribe to receive timely alerts.