The Best Apps for Augmented Reality 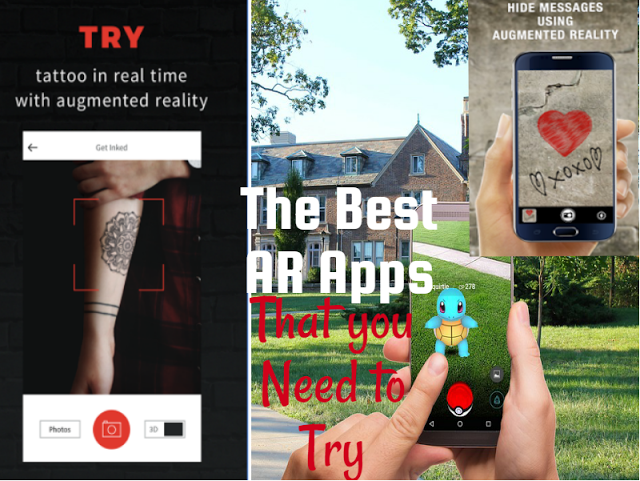 Augmented Reality has been around for a very long time. But with every passing year, it has become more refined. Augmented Reality brings features of games and apps to the real world (in a sense!) and thus provides a magical experience by blurring the line between the virtual and real world!

Well, not just that, it helps one by providing real time information regarding several stuff. Augmented Reality (AR) isn't that uncommon that you think it is; really. In fact you use it everyday!?
If you still don't get it, it is the GPS App in your phone!
As you can see, augmented reality apps are abundant and are very easy to locate both in Google Play and in the App Store. Some of these apps are free, while some others are not. While some of these apps have been made by top of the line developers, several amazing augmented reality apps have also been developed by small-timers.

However, now that you can make a rough estimate as to how large a share of the (Windows/iOS/Android) app stores the augmented reality apps occupy, here are our selection as to the best augmented reality apps you can try depending upon your usage.
The following apps have functions which range over different categories, starting from entertainment to interior decorating, so I hope you get the app which suits you best from here!