Alright! Today I’m going to tell you some very interesting & best android games under 100MB after doing a lot of research and I’ll tell you that you are going to enjoy them!

It wouldn’t matter even if you have a budget or a mid range phone, because the games I’m going to tell you about can be played on a phone under 8K Rs too. 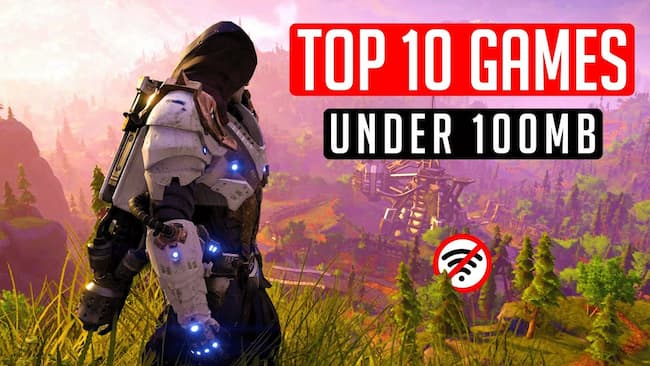 All these games are under 100MB & they seem to be real fun & addictive too. Just Stay tuned to the complete article and get these games on your phone. Let’s jump in!

As we said, we have researched a lot to filter out these 5 Best games under 100MB from Ocean of games in the play store. You need to install these games on your mobile and start playing them right away.

It seems like a combination of Contra, Jetpack Joyride, Super Mario & these are all types of racing games with a multiplayer mode. When I was playing, I didn’t feel like stopping, so you can try it out. It has a multiplayer mode to enjoy with friends & you can even play alone. 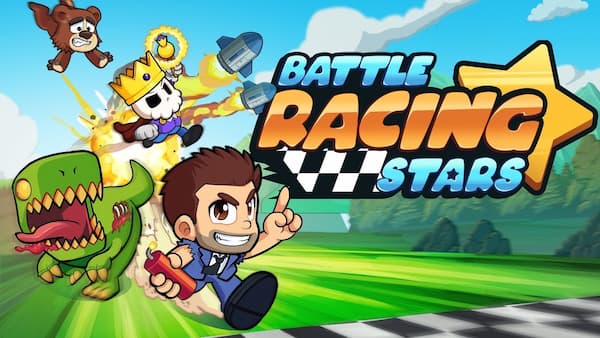 All the games I’m talking about are available to play online as well as offline. You can download the game from the below link also. You can go & check them out.

Friends you already know that Battle Royale games like COD Mobile or BGMI are all over 1-1.5GB in size. So this would be the best alternative to those heavy sized games.

The second series of the game which is called Chinese kungfu II as the title implies here players will do battle with kung fu martial action with a futuristic and interesting concept of battle in this game. 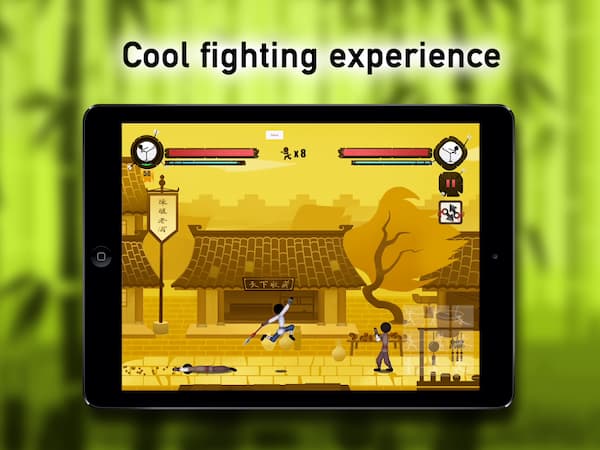 It will be done by completing a number of levels & gradually the levels in this game will become more and more difficult to complete for the players. Players will face various types of enemies or tough bosses in several mission chapters which you will later run until the game is over.

What’s an interesting thing about this game is that the control system is quite easy where players can use various attack actions on the right side of the screen. Therefore if you are looking for a light android game with an interesting concept for a fighting background, then this would be a go for you.

It is a multiplayer car racing game, the cars & gameplay do look like they are derived from vintage games. It’s a fun game. Being a multiplayer game, you can race other players. 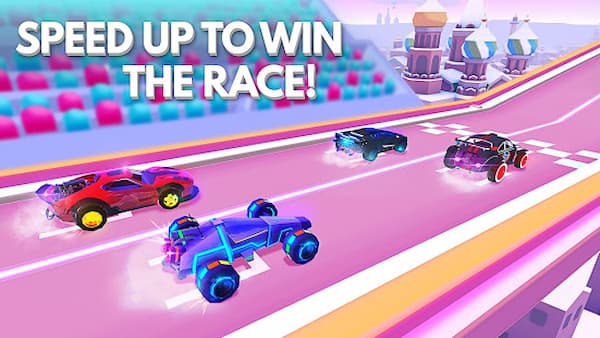 Graphics are good as it allows you to change lanes, overtake, collect coins, etc. It is an interesting game & it is under 100MB. If you like racing games, then you can definitely try this one out.

Offroad Madness is a simulation game with an offered street theme. Which is quite dynamic and very interesting for you to play on your cell phone. Well in this game the player has a task to reach the finish line while completing the level at each level of the mission that you will choose. 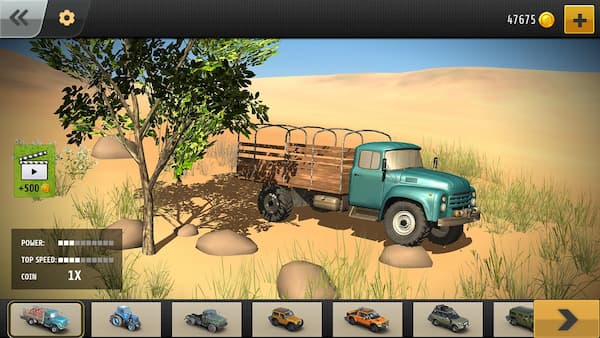 Later there will be some obstacles that are quite difficult to cross over. Therefore in this game, players can choose various types of offered cars which are very good for use in the game.

This game offers more than 20 levels of missions that you can complete as quickly as possible. In addition to levels, it has pretty good graphics so this game is very interesting for you to play

I have this game on my phone & I play it every day as well. It is a physics based game, so you will need some calculations. The storyline is very interesting, your teammates have been hacked and you have to release them.

Being a physics based game, you get a ball by which you have to kill & survive throughout which is the overall idea/strategy behind the game.

It has about 160 levels & after the first few levels. It starts getting difficult. But it is definitely fun & addictive & I play it every day.

This game is an action shooter game with the theme of fighting against hordes of monsters. The fight itself will be done by controlling a modified car. Later the car is assigned to finish off all enemies in each stage that you will choose after completing a stage or mission. 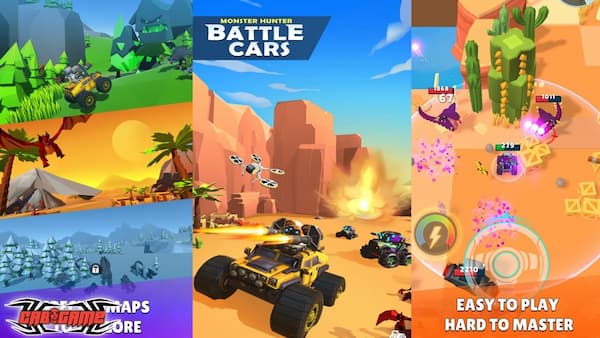 Players can choose one of several abilities for car upgrades to become stronger in the face of various monsters. There are various options provided here ranging from regeneration for hp, increasing damage,  increasing the number of shots, and much more.

This one is not exactly under 100MB, it is about 115MB in size, but it is a nice & addictive battle royale game. The graphics & storyline is just like COD Mobile & BGMI, but it is just about 116MB in size. 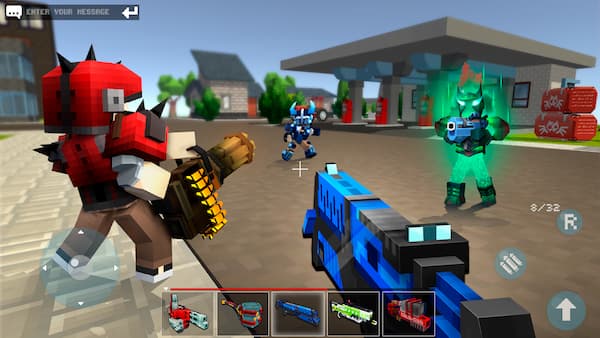 And I was impressed with its graphics. When I got to know about its size, I thought it wouldn’t be much of an experience, but the gameplay & graphics are fun.

Even if you have an underpowered phone of about 5-6K Rs, you will have fun playing this battle royale game.

If you are looking for a racing game with a simple and easy game mechanism then this one game might be an interesting choice to play. As the title implies here players will race with the theme of drag racing every choice of drag racing mission you choose. 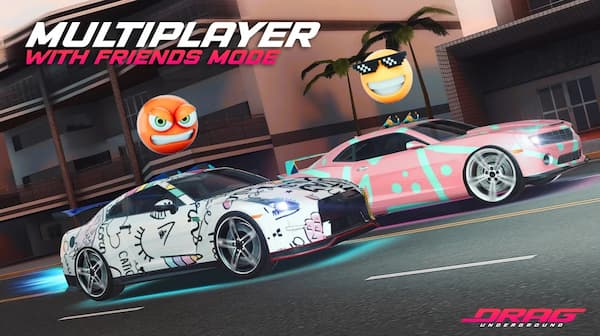 There are a variety of different racing rivals. This game offers car modifications that you can use in improving the ability of your racing car. In addition to these features in this game, you will find various race tracks with different mechanisms like most games of their kind.

The controls in this game focus on tap based controls, players must tap at the right momentum to accelerate the car.

This is an arcade game, where you get to ride a bike & avoid the bombs that fall ahead in the game. You can also collect more health & power ups with which you can use to shoot the other players in the game. 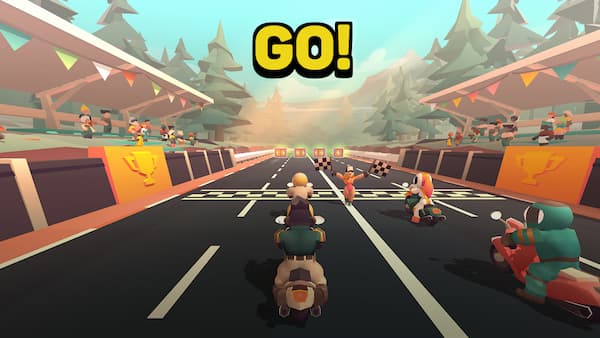 Basically, it is a combination of shooting, racing & arcade gameplay. This one too is good, addictive & under 100MB. When I played this game, I liked it & really thought of suggesting it to you guys too.

It has a theme of an action-adventure game. This game is presented with a very interesting concept and gameplay with an adventurous feel which is fun and challenging. The adventure in this game is packed with fairly simple game mechanics. 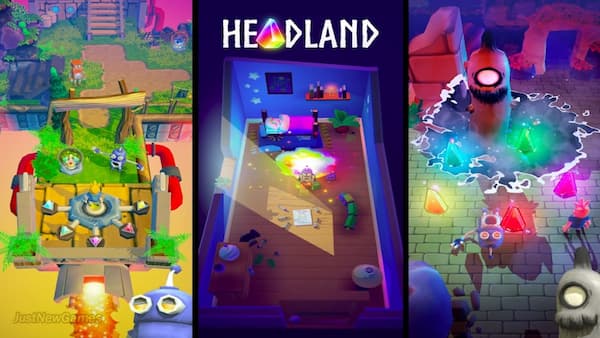 In this game, the players have to be assigned to be able to collect a fragment that is in one location. Before being able to take a fragment, players will be faced with various monsters where these monsters have abilities as well as various characteristics. In this game, players will get various types of cool items.

The existence of various kinds of abilities and various other things which you can find for the graphic presentation of this game. It’s pretty colorful as well as a clean UI that can add to the appeal of this portrait adventure.

All the 10 games I talked about have their links to download, so check them out & download them. Do let us know in the comments section about all of these games or rather which was the best game that you liked from our list of Best Games Under 100MB. Stay tuned to Techrulz for more informative Guides and more updated tech news.