iPhone X , 6s/7/8 users are facing issue using Google maps with latest release of iOS11 ie iOS 11.4.  The apps is crashing every time while accessing some location over it. The problem with Google maps started only after upgrading the iPhone to iOS 11.4.  Apple have recently released the iOS 11.4 with AirPlay 2 support which allows you to control your home audio system through your phone, HomePod stereo pair, Messages in iCloud and fix for the ‘black dot’ issue which was causing crash to iPhone operating system. A similar issue was reported with iOS 11 release in Sep 2017 when typing a certain character was causing iOS to crash. 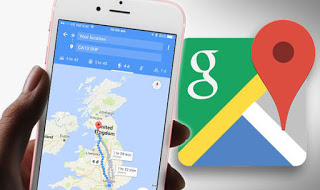 This is so annoying that every time Apple come up with new updates there are new issues injected in iOS that makes users really uncomfortable. The Google maps crashing issue is not only reported with Google app with apps e.g Uber etc using google apss as well.
To Fix Google maps crashing in iOS 11.4 please try below steps;
Fix 1 : Update the Google map from AppStore
There are possibility that Google is known of this issue have released fix for the issue in Maps app. Go to the App store, find Google maps, and if the update is available, download it.
Fix 2: Reinstall the Google map in iphone
This is one of the most common issue for such issues as new iOS  do not register/load apps properly after the upgrade casing crashing. To fix this uninstall the app and reinstall the same from App store.
Fix 3: Reset all setting
Please make sure to take back up of your iPhone first. There are chances that your iPhone needs a complete reset with new iOS to work fine with all apps. Please reset the phone from setting and check if this help.

Be the first to comment on "iOS 11.4 Google maps crashing after upgrade on iPhone X /iPad"