Apple new iOS11 version have provided many with new features but this Apple release have also created many issue for iPhone users. Also many third party applications like whatsApp are reporting issue. It seems that whatsapp is not working iOS 11.
//pagead2.googlesyndication.com/pagead/js/adsbygoogle.js
(adsbygoogle = window.adsbygoogle || []).push({});
Many users are reporting lag in whatsapp message update for new message received. There is delay in notification on whatsapp to load on iOS 11. This seems to be issue with WhatsApp rather than new iOS 11. 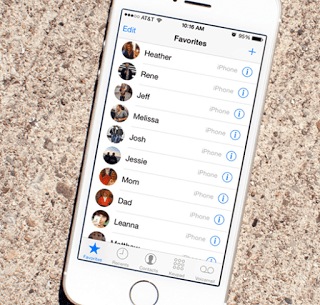 One more issue received on WhatsApp is that the users are not  getting the contact name in the banner so not able to identify the senders on whatsapp.
This seems to be issue with Whatsapp and update in expected from them on the issue. However you may try below fix/workarounds meanwhile:
Fix 1: TEMPORARY QUICK FIX
Keep whatsapp running in the background and do not close it from the app-switcher. This will ensure that you keep receiving whatsapp notifications and be able to use whatsapp web as well while the screen is locked.
//pagead2.googlesyndication.com/pagead/js/adsbygoogle.js
(adsbygoogle = window.adsbygoogle || []).push({});
Fix 2: Try Siri update
One more background is to let Siri access the whatsapp making the app to update from Siri App.
Go to settings, WhatsApp > Siri & Search and ensure that ‘Use with Siri’ is checked.
Fix 3 :  Turn on “Show Previews”
In case you are not able to see sender name in the banner when message arrives on whatsapp.
check Notifications to see if “Show Previews” says Always (default) !  If it says “Never” change to Always or When Unlocked.
Fix 4: Update  WhatsApp
As whatsapp have reported that they will fix the delay issue, you should keep updating WhatsApp to latest version available. Many user say that Update to Whatsapp 2.17.70 have fixed issue for them. Keep updating.
//pagead2.googlesyndication.com/pagead/js/adsbygoogle.js
(adsbygoogle = window.adsbygoogle || []).push({});