Many iPhone users are facing the issue that in iPhone 8 and iPhone X flash did not work in the cold weather when temperature is low or minus degree. When try to take a pic with the camera the flash is not working but the flash itself works turned it on from the control panel. However it looks that it does turn on a bit but it’s just for a second and it is very low light you can hardly see it. Seems like the issue is linked to surrounding temperature and iPhone X/8 LED stop working when it’s very cold. There is no error message or anything on phone. 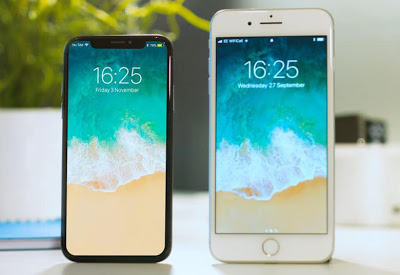 Even you can see the issue in iPhone 8 LED alert, turn LED for alerts on and off, with the sound off and on. It works randomly and then stops again.  The issue is frustrating as iPhone 8 plus having issues with flash on cold weather. Even the latest iOS 11.2 does not help to solve the issue. Below are the details of environment requirement for iPhone 8 but the issue is sometimes reported for +5 degree which is strange.
Environmental Requirements for iPhone 8:
Operating ambient temperature: 32° to 95° F (0° to 35° C)
Nonoperating temperature: −4° to 113° F (−20° to 45° C)
Relative humidity: 5% to 95% noncondensing
Operating altitude: tested up to 10,000 feet (3000 m)
//pagead2.googlesyndication.com/pagead/js/adsbygoogle.js
(adsbygoogle = window.adsbygoogle || []).push({});
There is no update from Apple on this but surely needs to look at this as the two major release of iPhone 8 and iPhone X are impacted by this. However it is still not clear if it’s a hardware or software issue
Workaround for the issue:
A work around is to turn the flash on and off a couple of times then access the camera app though the control panel and the flash works for a while in the camera. Really does look like a software issue as the flashlight works 100% of the time it would just be nice for apple to admit it and work on a fix.
//pagead2.googlesyndication.com/pagead/js/adsbygoogle.js
(adsbygoogle = window.adsbygoogle || []).push({});