Globe continues to empower the growing esports industry in the Philippines by tying up with Esports AcadArena, the country’s leading campus esports initiative for Summer Quarter 2020. The event will run from July to September and will feature exciting programs for campus esports organizations to participate and compete in.

Participants get the chance to hone their skills in casting, production, and other esports-related disciplines through a series of courses and talks handpicked by their respective organizations. They will also score the unique opportunity to put these skills to the test as they help produce AcadArena’s Esports tournaments.

At the same time, participating organizations can also have their own professional teams compete in the tournaments of the Summer Quarter 2020. The two much-awaited titles are the Alliance League and Mobile Legends National Cup. 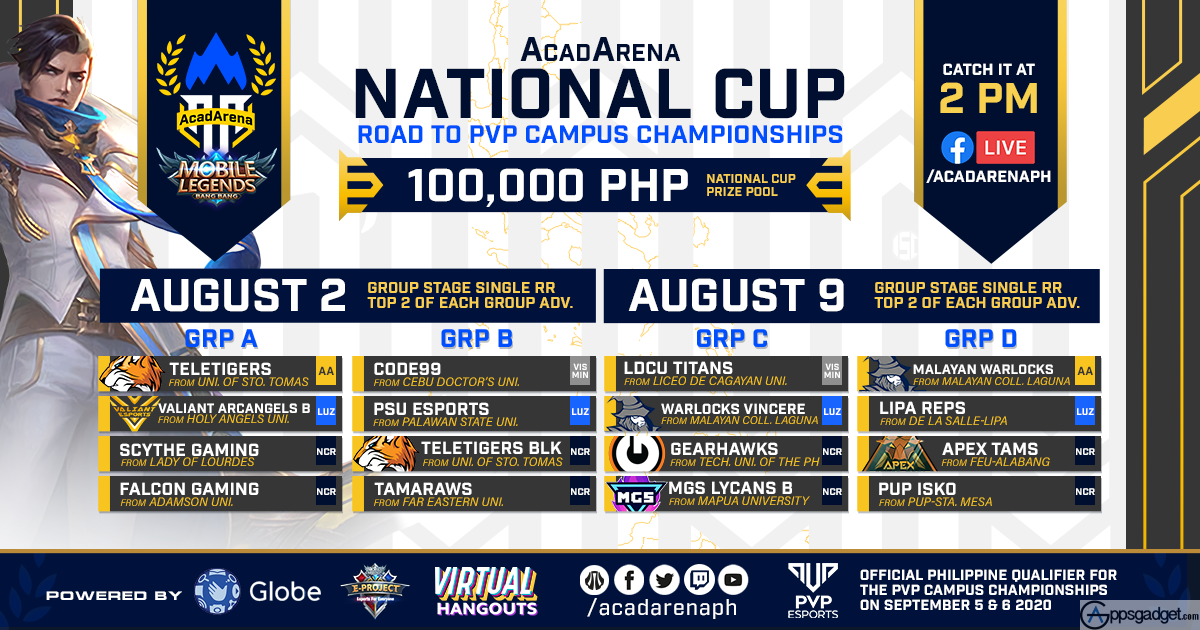 Under AcadArena’s Alliance program, ten (10) campus student organizations that wish to explore campus esports will be given hands-on training and infrastructure support so they can participate in the inaugural season of League of Legends and Hearthstone.

The season will run every Saturday until August 29 from 2 PM to 8 PM with the semi-finals round on September 12 and 13 and the finals taking place on September 19.

For the League of Legends tournament, two groups of five (5) will do a round-robin, where the top two of each group will advance to the semifinals for a best of 5 series.  Hearthstone tournament on the other hand will utilize a 16-player elimination bracket.

Titles will be streamed exclusively in www.twitch.tv/acadarenaph. To know about the participating teams and the complete mechanics,  visit www.acadarena.com/alliance. 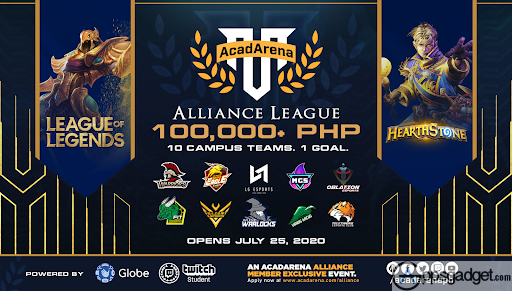 A lot is at stake at the AcadArena National Cup for Mobile Legends as the winner will serve as the official Philippine qualifier for the PVP Esports Campus Championship – the regional esports league hosted by Globe partner, Singtel.

The qualifier rounds for the multistage National Cup will run every Sunday until August 16 (2 PM to 8 PM) with the playoffs happening on August 23.  The winning team will represent the Philippines in the Southeast Asia-wide finale on September 6.

Interested participants may visit the official AcadArena website for complete details on registration, eligibility and tournament mechanics. Meanwhile. fans can watch all the action live on the AcadArenaPH Facebook page.

Learn more about this story via https://www.globe.com.ph/about-us/newsroom.html.