Samsung is said to be planning the Galaxy Note10 Lite smartphone for past few months. The leaks surrounding this surfaced a couple of months back and we also saw the render of the phone earlier this month. It revealed that the phone will come with a punch-hole screen just like the original Note 10. Now more renders of the phone have surfaced online that show off the phone’s design.

The latest Galaxy Note 10 Lite leak comes courtesy of WinFuture. The renders show a punch-hole AMOLED screen just like the Note 10. However, this is flat like the S10e compared to the curved edge displays on other Samsung flagships.

The leaked render also shows a square camera setup at the back similar to the latest Galaxy A51 and Galaxy A71 phones, that were launched earlier this week. The upcoming mid-range device could feature 3D Glasstic back finish with a metal frame.

The rounded back with gradient finish could come in Black, Red, and Aura Glow colors, as shown in the leaked pictures. 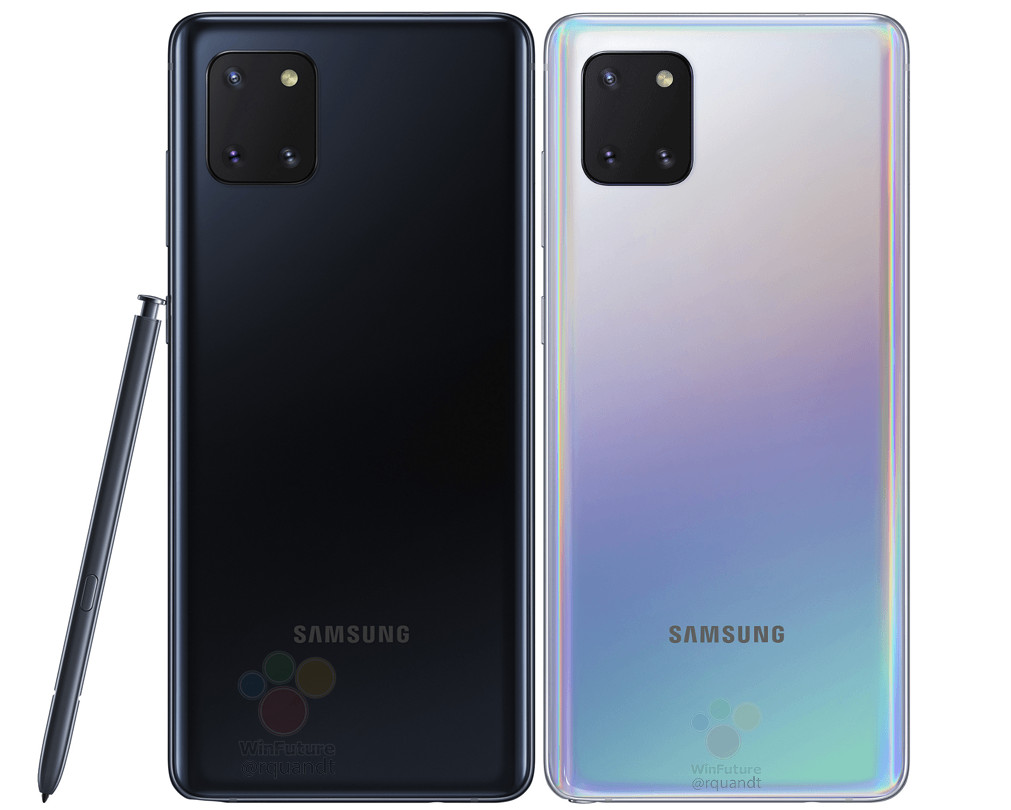 The phone will also come with a new S Pen. In the pictures, it looks similar to Note 10’s stylus. However, the new stylus could come with new functionalities like Bluetooth 5.1 with location-tracking support.

No other specs of the phone have been known yet but it should come running on Android 10 based OneUI 2.0 out of the box.