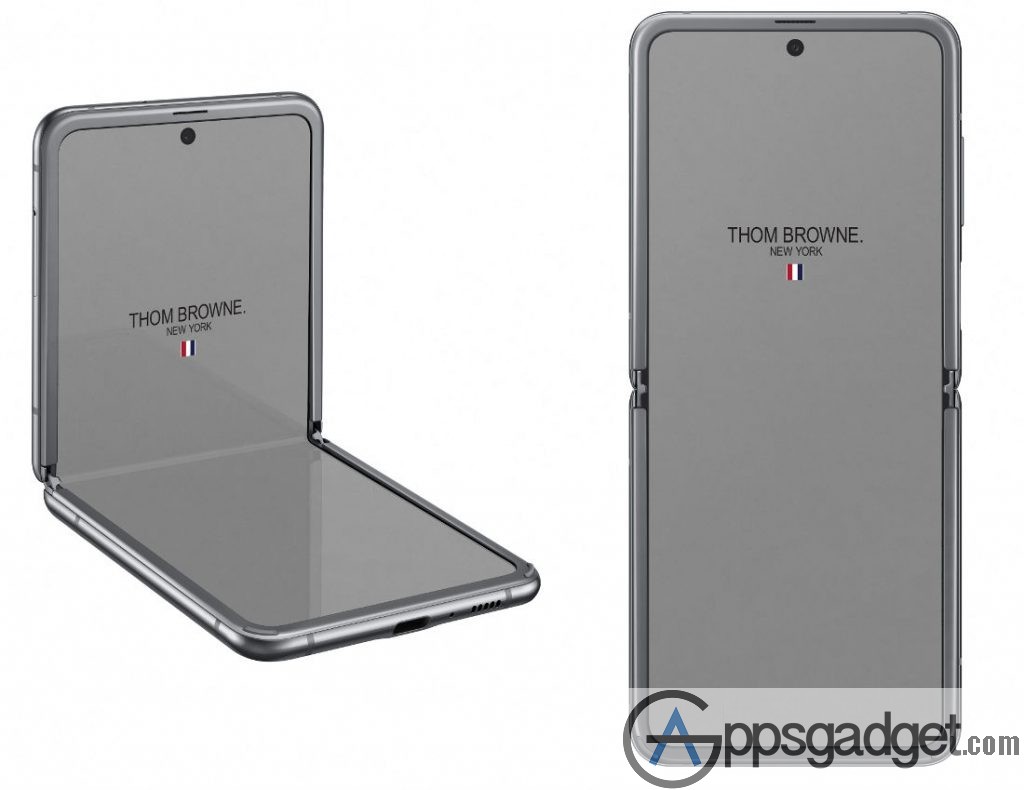 This limited edition smartphone is encased in glass while still having a matte look and features a grey pebble leather phone case with Thom Browne New York logo. When it is unfolded, a reference to the mid-century office aesthetic at the center of the Thom Browne world appears onscreen every time the phone is turned on and off. Furthermore, there are customized app icons, sounds, wallpapers, and more.