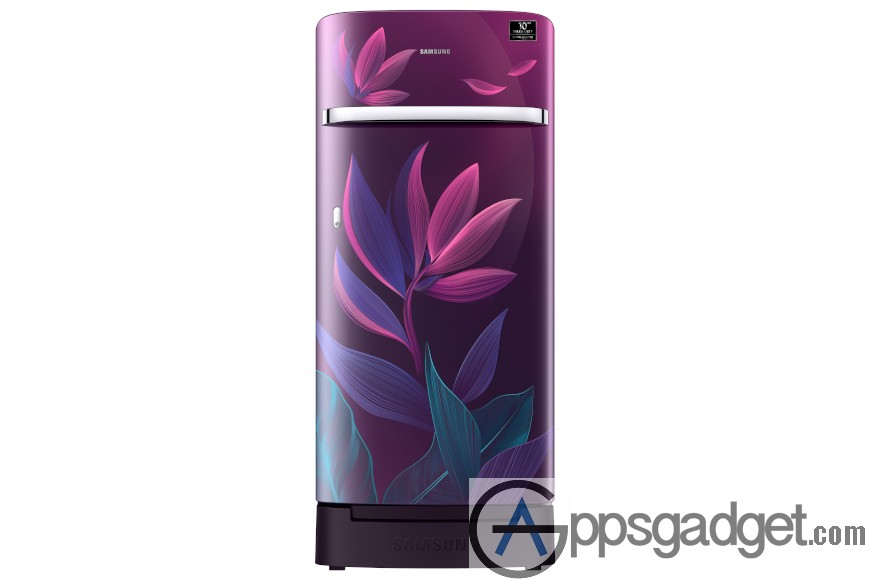 Back in 2017, Samsung launched solar-powered refrigerators and air-conditioners in India and the company has been introducing new technology in its appliances lineup. Following the launch of the side-by-side refrigerator with SpaceMax technology earlier this year in India, Samsung has now launched its five-star Direct Cool Single Door Refrigerator lineup with solar power compatibility in India.

The direct cool single door refrigerator lineup is based on 2020 star ratings and it promises to deliver higher efficiency and reduced running costs. It sports an H-Bar chrome handle and crown door design with the company’s next-generation base stand drawer for storage. The new set of design patterns are Paradise Bloom, New Camellia, Wave, and Mystic Overlay. Regarding the storage, it comes in a gross capacity of 198 liters.

Samsung is offering a 10-year warranty on the compressor and the digital inverter technology. Also, this lineup of refrigerators can also be connected to solar power, contributing to energy conservation, in line with the government’s efforts to promote solar power, said the company.

The new five-star Direct Cool Single Door Refrigerator lineup is priced starting at Rs. 17,990 and will be available across all retail channels and on Samsung Shop from January 15, 2020.