Hey friend today this article is gonna very excited because we gonna know more about playing PS2 games in Android smartphone.Before Android smartphone do not comes with fast processor and GPU.But today’s smartphone with Snapdragon 8’series processor like oneplus 6 and many other smartphones are capable of playing play station 2 all games.We all know that Sony PlayStations are much loved consoles in comparison to other gaming console.At first it is only a dream to play PS2 games in pocket smartphone but now as technology is got raised up.We have encountered some smartphone that truly capable of any PS2 games. 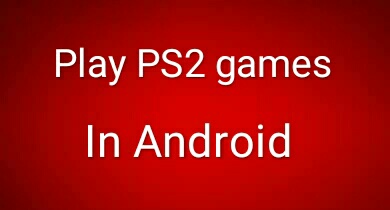 Recently various videos are uploaded in YouTube about how to paly PS2 games in Android but sadly not all phones capable for this.According to some analysts,only high end android device are capable of gaining 100% speed.All games speed dependent upon FPS of games.The maximum fps games can gain is 60 fps.If you found that games are running in 60 fps than it will run 100% smoothly.Now some users still don’t know that FPS is depends on your smartphone GPU (Graphics).

Otherwise you can also paly sony PSP games in Android using emulators.But talking to PS2 ,it is not so easy.Ok guys,now if you have already purchased a new smartphone or going to buy a smartphone than If your budget is high than go for oneplus 6 or Samsung galaxy s8/s9 series.

You may like = How to use gamekeyboad in Android

The best emulator for Android is Damon PS2 emulator.It runs games very smoothly in Samsung galaxy s9 or so on.If you searching best PS2 emulator than Damon is best.In future may be different types of emu comes for Android and iOS.But still it is not confirmed that iPhone support PS2 or not.Also if you are using iPhone ,iphones have greater processor than Android phone.If you own a iPhone than search for PS2 emu.It will get update in this post later.

Sorry ! But currently Damon emulator is not free.Free and licensed version will be added soon.Subscribe by email below and get notified about new stuff.Thanks

After installing any emulator ,Load your games bios.Ps2 game files are available by google search.
To do so ,You will need to get full bios of any PS2 game like god of war , resident evil etc.And select file and start playing instantly.