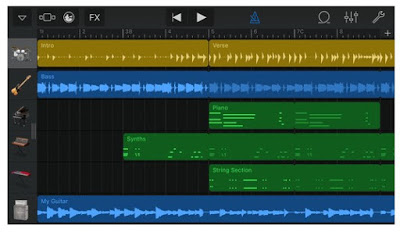 Want? If you want, yes want to not have to use iOS, whether it’s iPhone or iPad. Mending use iPad just to have a wider screen. Need a better app? Try GarageBand on OS X. Still less? You can buy Logic Pro X, which is a professional and paid version of GarageBand. Cool, right?

Actually there are many more exclusive iOS apps that do not exist in other platforms. There’s also a change from exclusive iOS to finally release to other platforms. For example, Instagram which a few years later released the application to Android, then to Windows Phone. There is also the old Stellar perched on IOS finally released to Android as well.