The news about the arrival of Nokia Android phones in the next year is now more tightly circulated. After news of the cultivation of Nokia 6 (2018) blow, this time a top Finnish mobile phone manufacturer ready to greet the market in early 2018. If previously there was confusion about the model number of Nokia 6 (2018) and Nokia 9, then the latest information confirms the number models of both devices. 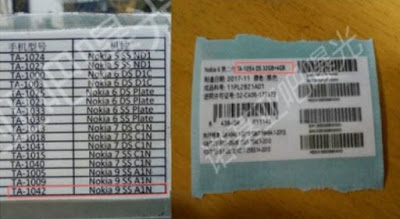 The graduation of the two devices made by HMD Global seems to indicate the closer the launch date of the Nokia smartphone. Rumors have previously mentioned that Nokia 9 may be sliding on January 19, 2018 in a conference that was made by HMD Global. In the same event, Nokia 6 (2018) also seems to be also launched simultaneously. Nokia handset is also expected to be exhibited also in the CES 2018 which falls on January 9-12.