Halo is an American science-fiction, military science media franchise developed by 343 industries. Here we will be listing all the Halo games in order of their release from the oldest to the latest. If you are a military gaming fan, then you will definitely love this post.

The Halo franchise was initially developed and maintained by Bungie. Now, Halo is under the management and development of Microsoft’s Xbox Game Studios along with the 343 Industries. Halo game series has received huge success and great love from the fans. 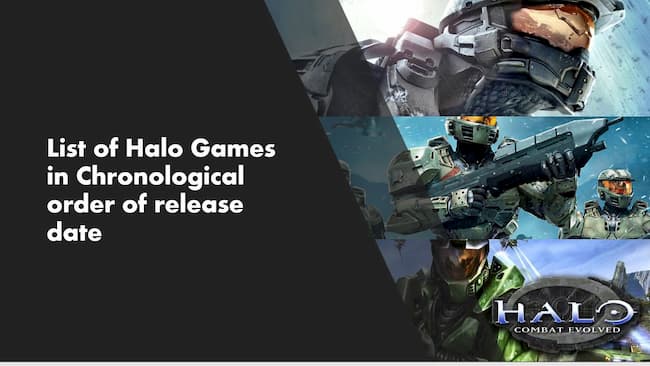 Here, we are going to describe all the Halo games in order of their release dates from the first to the last. Make sure to read this post till the last if you want to know the full details regarding Halo games.

Now, let us look at the Halo games in order of their release one by one. By each Halo game version, there were certain features added and also removed sometimes. We have explained all the information in detail below. Start reading to know the Halo games. 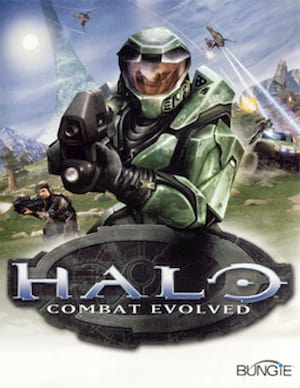 The first one in the Halo games in order of release is the Halo: Combat Evolved. The Halo franchise released its first action-adventure genre game on November 15, 2001, on Xbox consoles. PC editions for Windows and Mac were released later on.

Halo: Combat Evolved is an FPS(First Person Shooter) video game and is the first game of the Halo game series. The whole game set is made in a virtual world called Halo.

The plot revolves around the main character, Master Chief, who is the last military super-soldier who can fight on the Pillar of Autumn. Master Chief, along with his AI Cortana completes the mission to find the Index that can activate Halo’s weapons.

Another feature that attracted the players the most is screen sharing. Two users can play with each other on the same TV by using split-screen mode.  This game was an incredible hit among gamers back then. In 2011, on its 10th Anniversary, a remastered graphics version was released. 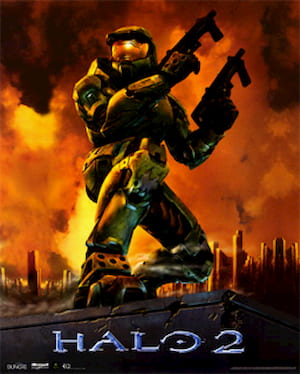 Halo 2 is the second game in the Halo games in order of release dates. This is a sequel to Halo Combat and was also a huge success among the FPS games. Halo 2 was released on November 9, 2004, on original Xbox consoles. Later, Microsoft Windows and Xbox One editions came out.

Halo 2 earned $125 million only on the first day of its release. It became the highest-grossing video game of Xbox line games.

The storyline and all the events that take place in this game are continuous to the Halo Combat. You can either select single-player, or multi-player gaming option. This game was loved by the fans very much and was a great hit. The characters are almost the same but new alien characters are added to this game. 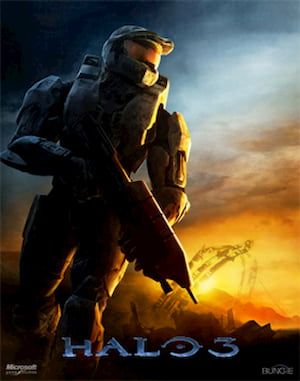 Halo 3 was the main weapon that Microsoft depended on to increase the sales of their new gaming console, Xbox 360. Halo 3 was developed by Bungie and released on September 25, 2007, for Xbox 360 console. Later, Xbox One and Microsoft Windows supported versions came out as a part of the Master Chief Collection.

Halo 3 broke its own franchise’s record and earned $170 million on the day of release. The sales were extremely high for the whole week after the release. It became the highest-grossing video game on Xbox 360 console.

This game’s story is about the future war between humans and the alien race called “the Covenants”. You, being the Master Chief have to fight wars with the alien races. The Multi-player feature on this game attracted the most players.

There are many new gadgets, weapons, vehicles, and other equipment added in this game that were not available in the first two versions. 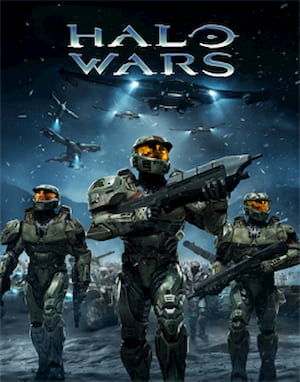 Halo Wars came by changing the total genre of the game. Unlike Halo Combat, Halo 2, and 3, this is not an FPS game. Halo Wars is a real-time strategy game developed by Ensemble Studios.

This game was released on February 26, 2009, on Xbox 360 consoles. Later, this game became available on Xbox One and Microsoft Windows as Halo Wars: Definitive Edition.

Halo Wars is set 21 years before the Halo Combat version and is also the first Halo game that is not a first-person shooter game. 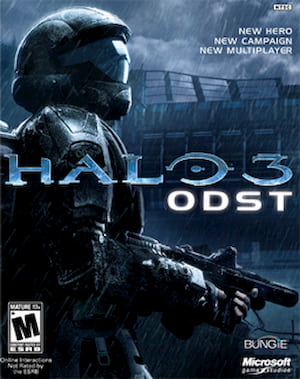 In 2009, two Halo games were released and many Halo players were quite happy about this. With the release of Halo 3: ODST, Halo returned to the First-Person Shooter game mode.

Halo 3: ODST is the fifth in the Halo games in order of release. It was released on September 22, 2009, on Xbox 360, and later Microsoft Windows and Xbox One editions were released in 2020 and 2015 respectively. In the late 2020s, the Xbox Series X/S edition also came out for Halo 3: ODST.

The main character in this game is not Master Chief. Instead, this game focussed on five ODSTs(Orbital Drop Shock Troopers). 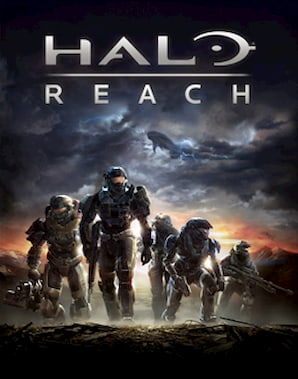 Halo: Reach is the next in the list of Halo game orders. Halo: Reach was the last game that was developed by Bungie and was released on September 14, 2010, exclusively on Xbox 360 console.

Halo: Reach is a first-person shooter video game where the main character is not Master Chief. It attracted so many players due to its multi-player gaming mechanism, high-quality video, and main importance because it is the last game of Bungie.

Many hard-core Halo fans say this game is the “actual” and also “last” Halo game since it is the last game involved with Bungie. The firefight also returned from Halo 3: ODST that lets you play as Noble Six for all the maps with an equip-able voice. 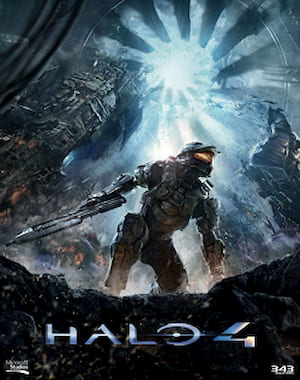 After the Bungie-Microsoft collab got down, Halo 4 was the first franchise installment under Microsoft and 343 Industries. This game is the next and on number 7th in the order of Halo games.

Halo 2 was released worldwide on November 6, 2012, excluding Japan. In Japan, this game released delayed by two days, that is on November 8, 2012.

This game gave the return of the Master Chief character along with his AI Cortana. This game gives single-player and multi-player options. Also, some additional changes were made to it. But, unfortunately, it didn’t rise up to its expectations. 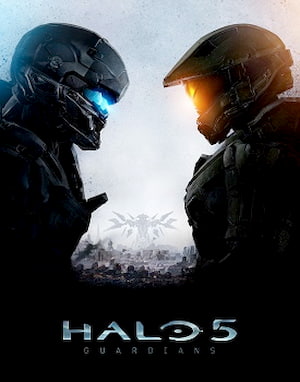 The Halo 5: Guardians game was released on October 27, 2015, exclusively for Xbox One. Single-player and multi-player options were provided, and many other improvements were made to the game.

Besides adding features, they also removed one of the most favorite fan features which is the split-screen mode. This upset many Halo fans who liked to share screen and play with their friends. 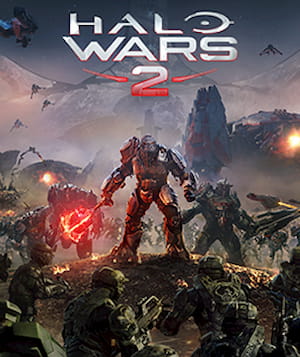 Halo Wars 2 is the next on the list of Halo games in order of release. This game is a sequel to Halo Wars and was released after ten years of its prequel.

The Halo Wars 2 game is also a real-time strategy game developed by Creative Assembly and 343 Industries. This game was released on Xbox One consoles and Windows PCs. 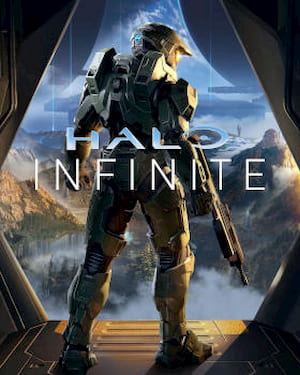 Halo Infinite is the latest in the Halo games in order. It is still not released but is in talks to be released next year.  Halo Infinite is going to be available for Xbox One, Xbox Series X/S, and Windows PC.

Master Chief will be returning again with this game as the main character. Also, the split-screen feature is also returning due to fan requests. One year of wait is too much for game lovers.

We hope you liked this post that explained all the released and upcoming Halo games in order of their release dates and years. Halo 2 and 3 were the ultimate hits of all time on Xbox consoles. Halo Infinite is yet to release and is a very much awaited game. For more related articles, visit our website TechRulz. Hope you found it useful.