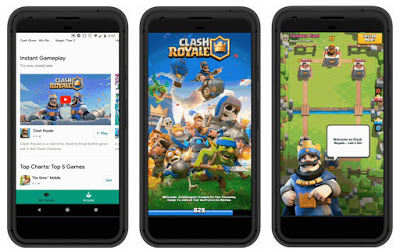 Google has introduced a new feature called Google Play Instant which allows users to play a game’s demo before downloading the title. The new feature will soon be available in the Google Play Store, Google Play Games app and other platforms where the game links are shared.

Currently, there are only six games featured in the Play Store’s Instant Gameplay section which support the feature, and they include the likes of Final Fantasy XV and Clash Royale. However, Google has revealed that the nifty try-first-download-later feature will soon be added to more games later this year.