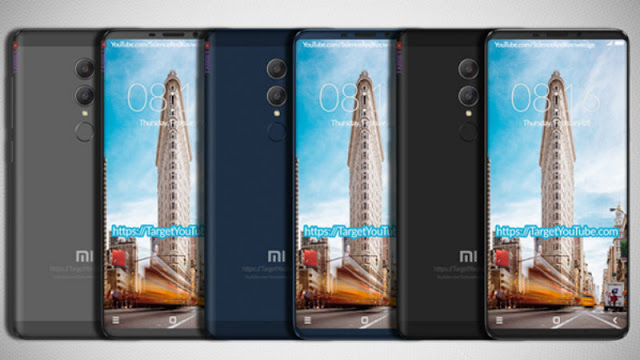 Photo : TargetYoutube
Xiaomi Redmi 4 was one of the most successful phones launched by the tech giant Xiaomi . Now Xiaomi is all set to launch its new device the Redmi Note 5 and Redmi Note 5 Pro Today at NewDelhi. (Click Here For Live)
While the Chinese brand hasn’t mentioned which device it will launch, the name “redminote5” has been spotted in the code of the Mi.com website, so the handset’s arrival is pretty much confirmed. While the launch is still a couple of days away, a lot about the Redmi Note 5 has already been leaked online

The Redmi Note 5 Pro is powered by Snapdragon 636 chipset. The smartphone comes in three different RAM variants including 3GB, 4GB and 6GB. Along with this the Redmi Note 5 Pro comes in 32GB and 64GB internal memory. This combination of RAM and ROM should make the device performance lag free and also help in multitasking.

The Xiaomi Redmi Note 5 price in India will be officially announced at the launch event, but a leak has pegged the starting price at CNY 1,499 (roughly Rs. 15,400). As for the availability, we can expect the handset to become available for purchase next week via the flash sale model from both Mi.com and Flipkart.