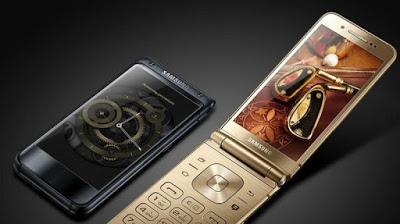 Mobile photography is advancing at a difficult speed to assimilate and records are beating with amazing speed. For a couple of generations, maybe more, the cameras have taken a special role and much of the efforts of the manufacturers are dedicated to its improvement. The results we see almost with each release.
One of the aspects that are taken care of more lately is that the quality of the lenses and their opening. The low-light photography has become one of the highlights of each high-end device, in a factor to stand out from the competition.
Samsung is one of the companies that is raising more expectations in recent months. This is not strange, since every time new rumors of its next member of the Galaxy family with which it wants to surprise us in 2018 come out. But what you probably do not know is that the company does not have its top of range open to the pockets of all. We are talking about the Samsung W2018.

One of the trends next year in telephony is, apart from the arrival of 5G, flexible mobiles. Patents come and signed by different companies and one of the most intriguing is that for the Samsung Galaxy X. This could be the first phone with a structure capable of bending and running without problems. But the Korean firm has other models to launch before this device.
This is the Samsung W2018, which looks like a classic smartphone with a 4.2-inch SuperAMOLED screen, but it’s surprising that it’s a folding phone. Inside it also has another 4.2-inch display that shares FullHD and Gorilla Glass 5 resolution.
As you can imagine, apart from controlling it with the touch screen, inside we find the typical design of models such as the Motorola V3, for example, with a numeric keypad, navigation buttons in addition to the selection, hang up and pick up the call.
In the section of the cameras, it has a sensor of 5MP in the front, while in the rear has 12MP with F/1.5 aperture. Before viewing the inside of the Samsung W2018 it should be noted that it also has a fingerprint sensor in the back.
While under its chassis, we can find a processor of Qualcomm, Snapdragon 835 with 6GB of RAM. In addition to having a USB-C type connection, it has a 2300 mAh battery and an internal storage that goes from 64 to 256 GB. Its operating system will be the Android Nougat version accompanied by the virtual assistant Bixby.

A phone that is not for everyone

If you thought that the Samsung Galaxy S8 was out of your reach, after knowing the price of the Samsung W2018 you will definitely change your mind. As the price of the Korean type shell phone does not have a fixed price yet, but using what its predecessor cost (W2017) could exceed $3,000. In India, Its expected price is Rs.1,56,000.

Be the first to comment on "Samsung Just Launched Its New Flip Phone With Dual Display, F1.5 Aperture Phone Camera"