We all know Facebook as one of the biggest social media platforms available even today. This is the platform where any person can chat with his/ her friends/ viewing or updating the posts/ playing games/ identifying the best Facebook games and much more is done. People especially who love to play games can pick Facebook as the destination, can search for the most interesting game just like the Criminal Case to play. From the beginning to till now, there are millions in number active users who created their profile and accessing the same continuously.

One of the biggest reasons for gaining such huge fame is games. Anybody who is a Facebook user, can pick one game and get back to it regularly by playing online. If you are looking for the best or challenging game, then picking the best is not going to be a big deal. Why because you are going to identify lots of the best challenging games over here. By not wasting your time, go through the lists and pick one to play it online now. 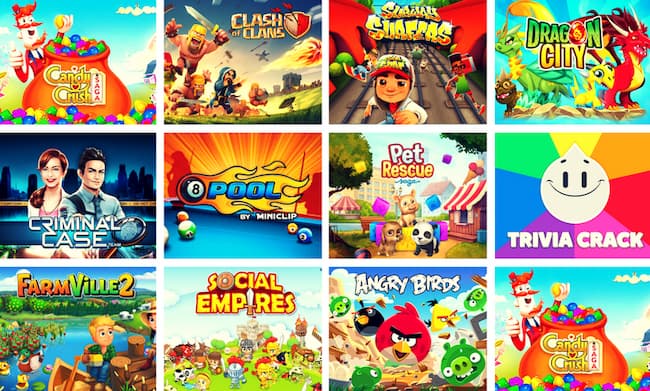 There are also certain categories that help in picking as per your choice. Like Puzzle games, casual games, cooking games, and many more. Besides this, you can also check for recommended action-oriented games, puzzles, and many more. Anyhow the Facebook is very much compatible with any smart device. So, undoubtedly check out the below lists and pick your favorite game to start playing from now itself.

If you like to play a game on Facebook online, there are multiple categories and multiple options too. They were simple and need one and only internet access to play. As per the user’s choice, the game is chosen. Whatever device you use either might be the Windows/ iOS/ Android, Facebook, or Facebook app is greatly compatible and can be accessed too at any time successfully. To make the user aware of the game lists available on Facebook, here are the few among them. Let’s take a look over the below categories.

I hope the above games are quite interesting too. Let’s learn about each game in easily understandable language.

Are you in search of an adventurous game? If yes, a criminal case is here. In simple words, it is called a hidden-object identification game. Initially, this game is designed or developed for supporting the Facebook version. Later it has become compatible enough with the Windows, iOS, and Android platforms too. By the year 2018, the Facebook version is converted into HTML5 and Adobe. 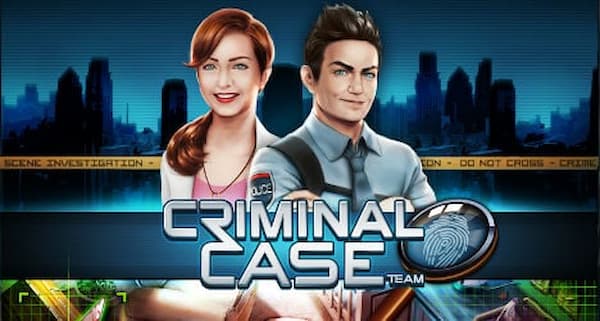 Overall, this game is comprised of multiple levels. It is the place where the user is asked to find out a few hidden objects thereby sharpens the brain. One more interesting fact about this game is running on single-player mode. From the beginning to till now, people feel craze and show interest on playing such a wonderful adventurous game called Criminal Case.

The bubble with 3 sega is actually a bubble shooting game that has been designed developed as another part of the candy crush saga. If you like to describe this game in a single-line statement, called a magical puzzle game. Here in this game, you are going to notice Stella who stands back and takes the help of the user to defeat or compete with Wilbur. 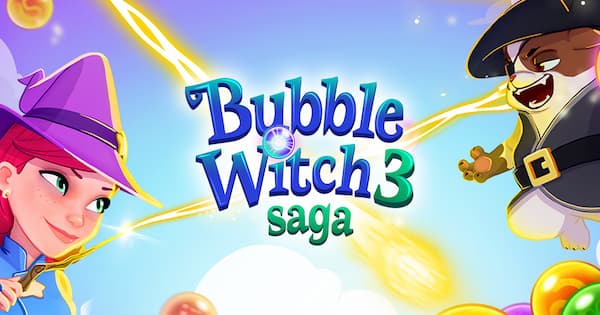 His looks were outstanding and completely magical mischief. However, one can say this game is adventurous and compatible enough with the iOS, Android Operating systems too. Overall, it is highly rated and preferred by various players.

Clash of Kings is an online strategy game designed and developed by Elex Tech. Introduced in the year 2014. One of the highly preferable apps is none other than a clash of kings. Runs on multiplayer mode. Compatible with both Android and iOS too.

All of it follows the real-time strategy. From the start to till now, over 65+ billion in number playing this game wonderfully. The person is asked to battle around 7 kingdoms against other players every time. All it test your strategy skills and give a high competition between you and the remaining players.

One of the best puzzle games is none other called Candy Crush Saga. This is considered as best Facebook game preferred by tons of players. The only thing you have to do here is simply matching the candies and then allowed to move to the next levels. Thus, the levels it has are quite interesting and challenging which makes the players stick to the game for long-lasting times. 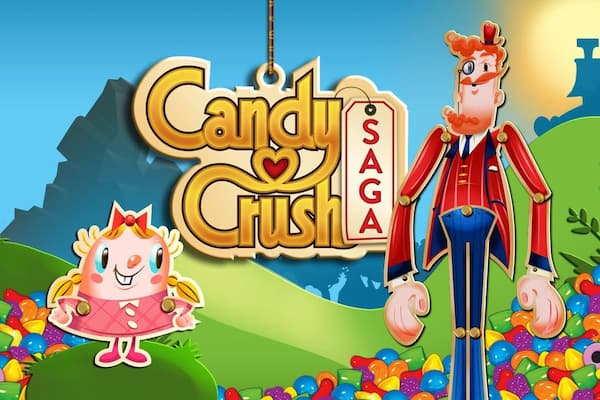 Whoever prefers to play candy crush saga will surely enjoy its adventure to a higher level. In simple, this game among the various is highly rated app and people million in number pick this game to play. So that will enjoy its adventure too. One more fact to be known about this game is either only a single player can play the game or else you can also play with your friends by challenging them.

Pet Rescue sega is simply a puzzle game. One has to match the same colored blocks to rescue or save the pets. Matching bocks and saving pets takes you to the next level and the journey continues. Moreover, this is game is compatible with Android, iOS, Web browser, and also Windows OS. 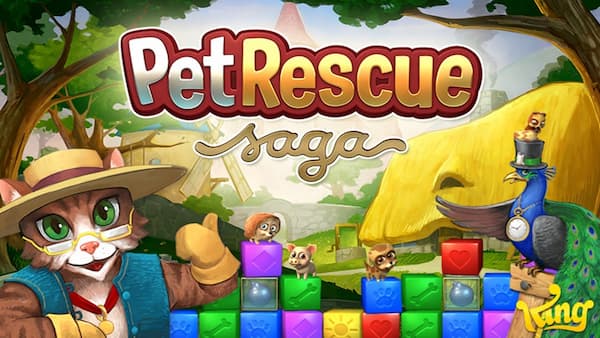 The moves it provides at each level were limited. Hence the person has to take appropriate care while matching the blocks. Also, one can improve their puzzle skills upon playing the wonderful game. Available for free. Either one or can play with friends. As per the player’s choice, the player mode can be chosen.

The Asphalt 9: Legends is actually a racing game. Comprised of numerous cars that have an outstanding look. A race begins between multiple racing in different locations. All it supports both the single-player and multiplayer modes. Not just gaming is done, one also has an opportunity to join the community. 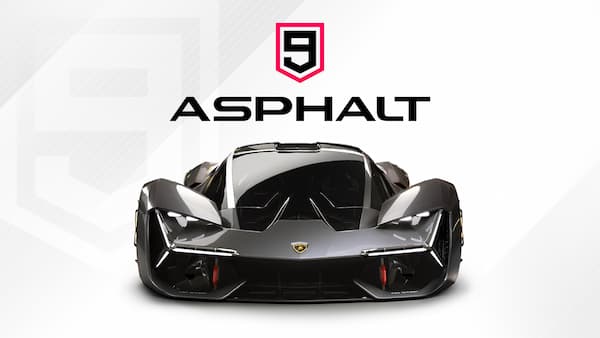 This is the place where the player can interact with the speed kings. The name itself clearly says this is the 9 installments of the Asphalt series. It offers plenty of chances to play. Moreover, this game is compatible enough with Windows, iOS, and Android OS too. Available for free and anybody can participate in the race to win the game.

One more social-networking game is none other called Dragon city. Available for free and compatible enough with Android, iOS, and Windows OS too. From the beginning to now, you can observe billion in number were preferring and playing this amazing game. Just by visiting this game, all the players were asked to build the magical world.

You will get an opportunity to get hundreds of dragons by which the player is asked to breed them. By turning into the dragon master, you can level up the game. That means you are moved to the next level. Hence train your dragons to get ready to fight in the battle and engage them with other players. This is how the dragon city is played.

Farm Ville 2 is one more amazing best Facebook game preferred by tons of players. They build a wonderful 3D world by planting trees, harvesting crops, animals, a group of friends who help the farm when in need, and many more can be done with it.

Level by level, you can enhance the greater experience by fulfilling provided tasks successfully. The game however available for free. Anybody can play and this is the one best famous or well-known Facebook game identified in the game lists.

One more interesting application is Hay Day. This is very much similar to the Farm Ville. Harvesting crops, planting trees, constructing buildings, factories, shipping orders, truck deliveries, trains to pick up the passenger, and many more can be done in such a wonderful 3D world.

The game is however comprised of lots of interesting and challenging levels by which the customer gets stick to the game and keeps on playing the same continuously. Both the Android and iOS are compatible and to buy a cart, need to connect with Facebook friends of any 3 and can purchase as many you can. Overall, it is the best game preferred by millions of users even today.

Cookie Jam is another most interesting game preferred by tons of players even today. As per the current scenario, around 5 million+ were playing the Cookie Jam. Overall, it is a fun and challenging game compare with others. Available for free and compatible enough with android and iOS too. 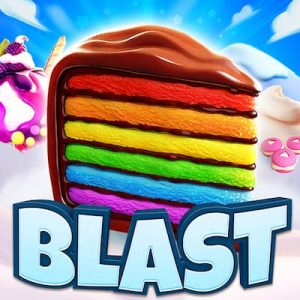 All the thing you need to do over the game is match 3 cookies along with the candy and try clearing the board within the limit moves. Through this game application, players keep continuously playing a number of puzzle games and put the player by not running away from the game.

Facebook games however quite challenging, interesting and give us great fun always. Every user who has their account profile on Facebook might have been already played few games. If you did not play any of the games from the above list, try now. Because they give us ultimate fun and competitive too. For further details, you can get back to techrulz at any movement.