You might have noticed that your PC is slowing down a lot than before, so you went to check the Task Manager and found that there is a file named “.NET runtime optimization service” that is using up high CPU resources. Well, this is the case with many Windows users.

Many Windows users have been reporting about this issue of their PCs not working efficiently due to the .NET Runtime Optimization Service High CPU Usage. Nearly 97% of the CPU resources are getting eaten by this program in most computers. 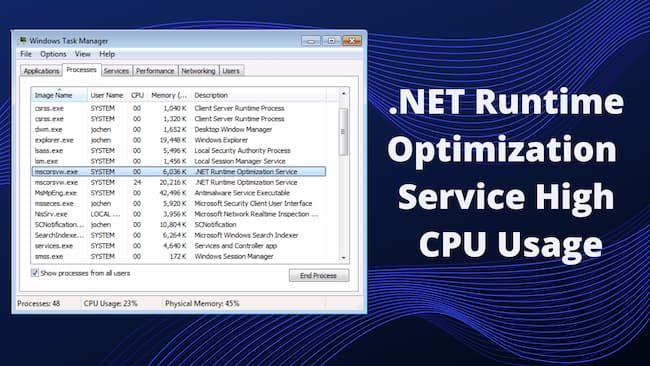 This is a useful tool for optimizing your Windows system. However, if you are facing such issues, then you have to fix the problem accordingly. In this post, we will show you some effective methods to fix the high CPU usage issue caused by .NET Runtime Optimization.

What Is .NET Runtime Optimization Service?

.NET Runtime Optimization Service is a Windows component. It is also known as ” Mscorsvw” or “Mscorsvw.exe”. This Windows component is a useful tool for launching the programs very fast and prevents delay of operations in your computer. Apart from that, it also optimizes your system to keep it prevented from malware and also to speed it up. 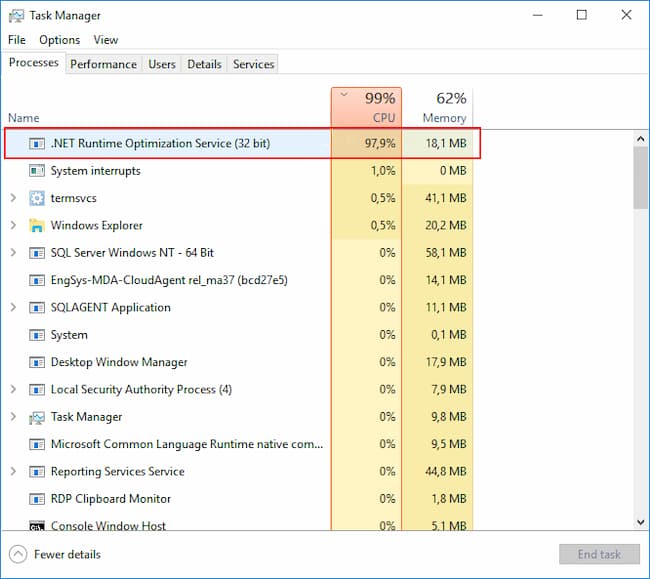 However, if an optimization tool itself is creating trouble, then this is a matter to worry about. If you got to know that the .NET Optimization Service on your computer is using high disk or CPU resources, then the reason can be one of the following:

Don’t. This software is a useful tool that helps to launch programs faster. Without this tool, your system might become even more lagging and the apps will not be opened as soon as you click on them. Since this is a useful tool, you have to keep it on your system but it has to be fixed first. You have to fasten the optimization of this service so it won’t take long and doesn’t use a high CPU and disk.

In order to fix this problem, you have to reduce the CPU usage and disk usage which is caused by this tool. Below are some of the useful fixes that will help you to fix the high CPU and disk usage issue caused by the .NET Optimization Service. The below methods will surely resolve the issue and reduces CPU usage.

First of all, you have to make sure that your device is free of viruses or malware. In case if your .NET Optimization SErvice became infected by some third-party malware or you have a duplicate file from the very start, then this can be a strong reason behind the high CPU usage. Therefore, download an anti-virus application from a trusted source. Avast, AVG Antivirus, BitDefender, are some of the reliable ones out there.

Scan your system in any of these apps and check if the .NET file itself is a malware or there is another file causing any issue. However, if you got to know that there is no malware or virus, then the only reason behind the high CPU usage is the slow optimization process of the .NET service. In order to fix this, you have to speed up this tool by the following methods.

Slowed services are one of the main reasons why you encounter high disk and CPU usage issues on a computer. In this method, you will try to fasten the optimization services provided by the .NET file using some commands. These commands will instruct the .NET service to complete the optimization faster. To do so, follow the steps given below. 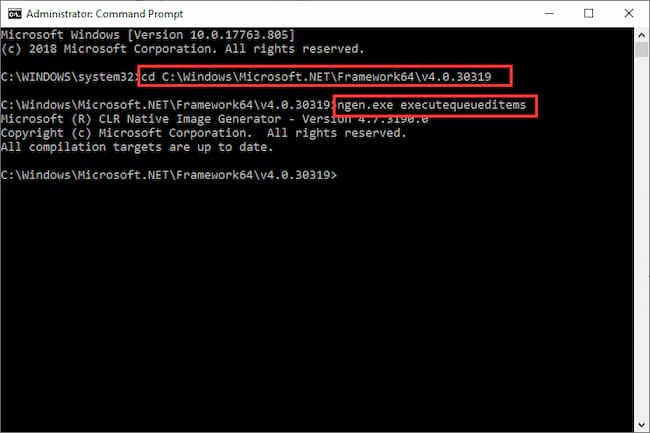 If you are still unable to resolve the issue, then try restarting the NVIDIA services. This method is only for those who are using a dedicated NVIDIA graphics card. Many users have confirmed that this solution worked for fixing the .NET Runtime Optimization Service issues. Here is how to restart NVIDIA services. 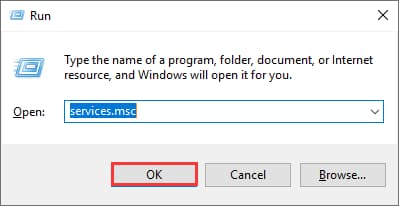 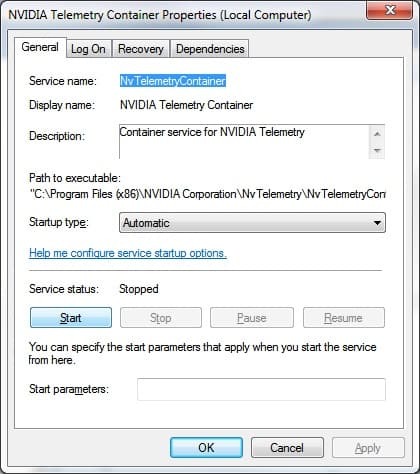 Those were the 4 effective methods using which you can fix the .NET Runtime Optimization Service issue eating up your CPU resources. Try our methods given above and reduce the CPU usage easily. Do not disable or turn off this tool since it is a useful one for launching programs and apps faster. We hope you liked this article. For more useful guides from TechRulz, stay tuned to our website.

Be the first to comment on "4 Effective Ways to Fix “.NET Runtime Optimization Service”"